"The Wire" Has Ruined TV For Me

"The Wire" Has Ruined TV For Me

Truly one of a kind. 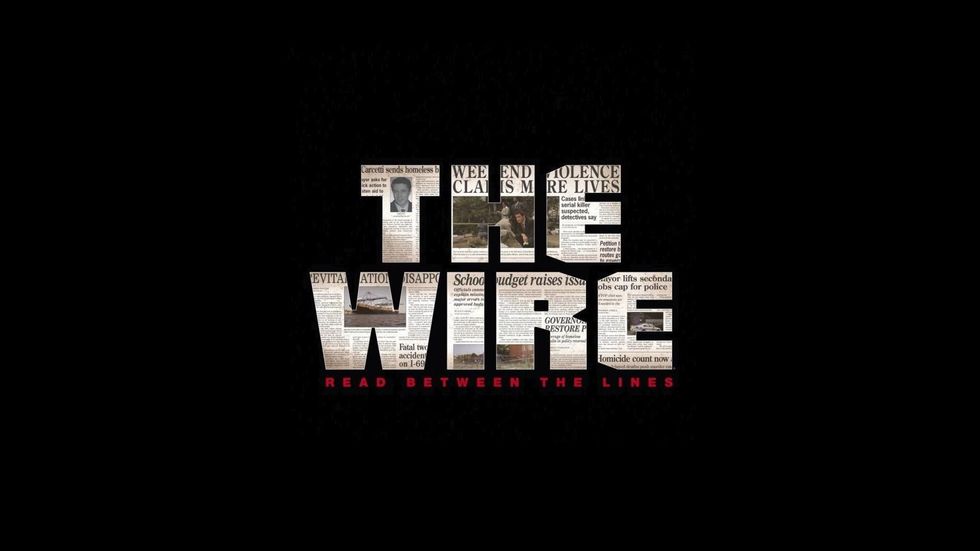 Have you ever wanted a show that takes, you, the viewer and transports you in the middle of the action as if you are a fly on the wall? Welcome to the world of "The Wire". A world not too dissimilar from our own with the city of Baltimore and it's rampant fixture of crime and corrupt politics taking center stage, affecting the working class police and civilians as well as the children. For some of these children in Baltimore, the life of slinging drugs on the corner or giving people a hard time is all they know either because they don't have access to an opportunity for bigger or better things or a stable mentor figure to guide the kids toward the right path.

From the first few frames of the series' pilot episode (entitled "The Target"), "The Wire" follows detective, Jimmy Mcnulty (played by Dominic West), a self destructive alcoholic though an extremely skilled police officer, constantly focusing on his casework as an outlet to escape his personal issues, who may not be in the cop game for the most altruistic reasons. For the first three seasons, Mcnulty is the definite protagonist of the show but starts to become less of a focus as the show begins to really gain its footing and more characters and sections of Baltimore are introduced.

Almost immediately, the show establishes that there are plenty of rules to the "game", in both the cop and criminal sectors. Without rules, what is there to stop everything from falling into complete chaos?

In order to get ahead of the clever Barkesdales, Mcnulty and his equally clever team of police outcasts which include the leader lieutenant Cedric Daniels ( Lance Reddick), brains of the operation Lester Freamon ( Clarke Peters), tough as nails Kima Greggs ( Sonja Sohn), the foolish pair of comic relief Ellis Carver ( Seth Gilliam) and Thomas Herc ( Domenick Lombardozzi), and the impulsive Roland Pryzbylewski ( Jim True Frost) implement the use of a wire tap to keep tabs on everything from the phones to pagers ( it was the early 2000s) of their target criminals.

Even with Mcnulty and the band of police by his side, there are not any heroes in this world to be had.

The closet thing to a hero in "The Wire" is Omar Little ( Michael Kenneth Williams), a badass smuggler who robs other drug dealers and kills with no remorse but never fires his signature shotgun on anyone not in the drug game.

Each season of "The Wire" introduces new aspects of Baltimore as a way to constantly alter the status quo, that nearly depicts the city as a character itself.

Season 1 introduces both Baltimore's police and criminal enterprises, season 2 introduces the docks and the working class men that use the platforms to run their own illegal operations, season 3 makes way for the political side of Baltimore, season 4 delves deeper into Baltimore's damaged school system which was mentioned in the background of prior seasons, and to cap it off season 5 sheds light on the events of the series through the eyes of Baltimore's premiere newspaper company "The Baltimore Sun".

Be warned that "The Wire" is not for the faint of heart, this series can get depressing as hell at times. Similar to "Breaking Bad" and "The Sopranos", "The Wire" has absolutely no filler. There is not a single hour in the 60 episode run of the series that does not move the story along or further develop its many characters. "The Wire" is an extremely solid series all the way through but season 4 is honestly a work of art. The final season and every other season around it just solidifies the greatness of the gritty world that show runner David Simon has constructed here. The only complaint I have is that every other show I watch from here on out is going to have to live up to "The Wire" and in the words of Robert Terwilliger, ..."those are some mighty big shoes to fill".

Madison Franz
The Narrative
1120511
Photo by Brooke Cagle on Unsplash

Madison Franz
The Narrative
655732
Photo by Manny Moreno on Unsplash