"You've Changed So Much..."
Odyssey

For those of you who think you know me better than I know myself, unfortunately you’re wrong. 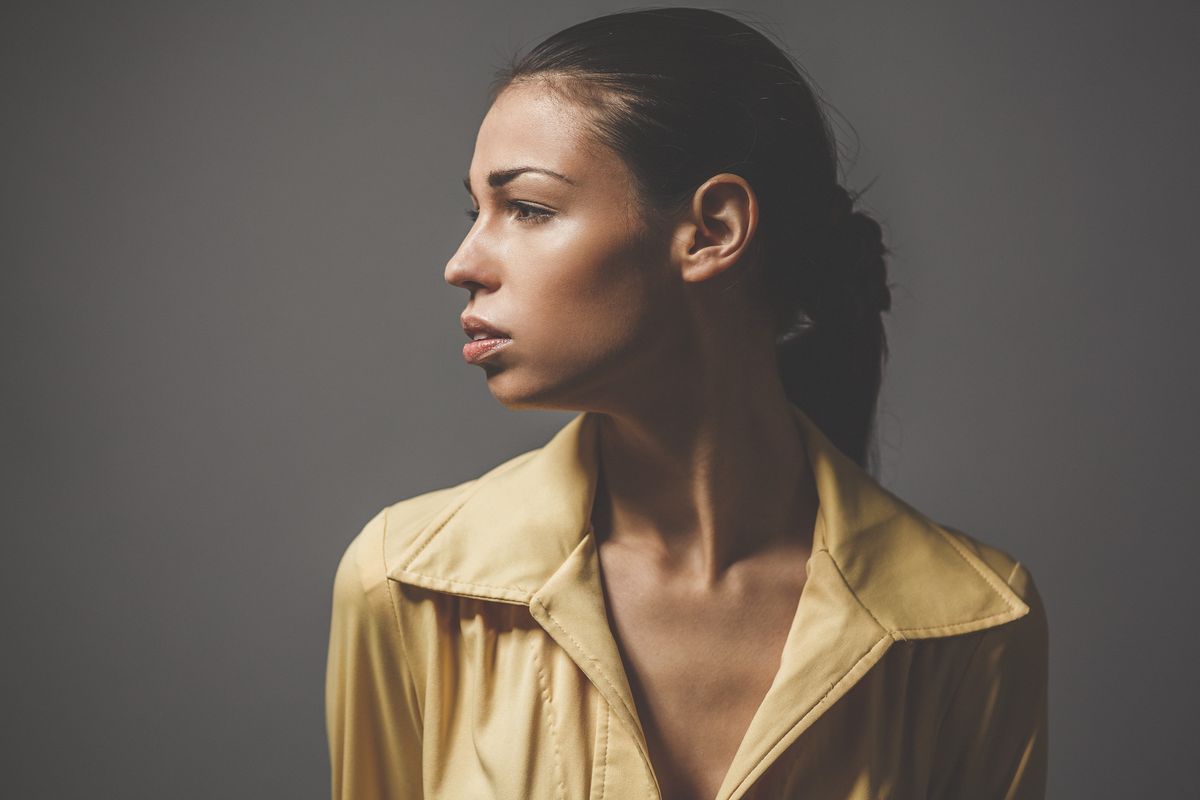 I hear that a lot.

When I get into a conversation with anyone who has known me for 5+ years, there seems to be a disconnect between the person standing in front of them, and they person they knew. Well, that’s because there is. For most of my life, I was described as creative and ambitious. I was constantly involved in one project or another. Throughout my childhood, I performed in theatre and during my summers I went to a workshop program every day that trained me in vocal technique, acting, singing, and dancing. I performed in and coached improv teams in high school. I was a part of two choirs and every school production, often playing the lead role. At 19 years old, I directed, produced and acted in a reimagined production of Othello involving in white supremacist gang in England in the late 80s. When I was 20, I received a Best Actress collegiate award nomination for my work in Tom Stoppard’s Arcadia, as well as receiving the same nomination again that year for a production of Chekhov’s the Seagull. Then, when I was 21 I was chosen to attend the Royal Academy of Dramatic Art in London, England to study both performance and academics. When I came back, I performed as Lady Macbeth in Macbeth for a running production, receiving again the same nomination. During that production, I compiled and directed a Shakespearian vignette production, working alongside others to write an entirely new show based within his work. I wrote songs, music and designed an entirely new concept. With help from my wonderful cast and crew, naturally. I did all of this while working toward my undergraduate degree, continually writing poetry, music, working on two novels, helping lead worship in my church, dabbling in photography, painting, singing, and voluntarily diving into several lecture series from several Ivy League universities to further my education in what I felt to be key areas. In short, I was ambitious and very often described as uniquely “creative”. I don't mean to sound like I am bragging or that I am proud. I think that, during these years, I was only half of a person. Not really me. In my mind, there isn't much to brag about.

Now, I work in an office doing, in essence, glorified data entry. I have meetings and quarterly goals and I talk about project plans all day. And I am happier than I have ever been.

There are a lot of people that don’t understand that. But, what they truly don’t understand is that the core reason I was so “creative” was because I was desperately lonely, dangerously unhinged, constantly unsatisfied, and in my mind, irreparably broken. I cried myself to sleep. And I cried when I woke up. My platonic relationships felt disconnected, and I never dated or engaged in romantic relationships at all. I was deeply depressed, plagued by constant panic attacks, and eternally asking God what was wrong with me. I hated myself for being unable to heal what felt so broken. And I hated myself lot. That is what fueled my work. That was my muse.

It was unbearable and life became unlivable. And all the drive, the creativity, the love I had for so many things… it just died. I was emptied out. The pain became so strong that I had nothing to express anymore. It was all consuming.

So, I started over. I rejected the dreams I had always had for my life when I realized why I had them. I wanted to be an actor because I desperately needed someone to validate me, and because I wanted to badly to pretend to be someone else, someone loved. That is not a reason to become an actor. The only reason to do that is because you love the work itself, not because you need anything from it. Even theatre itself became almost detestable to me. It seemed illogical, strange and archaic. I couldn’t understand why I ever was involved in it to begin with. When I was honest with myself, I realized that… deep down… I hated theatre as a medium. And I hated the culture surrounding entertainment. I hated the whole industry. It made me unhappy.

I felt very lost. And very guilty. Because no one seemed to understand why I was walking away. Well, almost no one. A very wonderful, very ingenious professor that had been a confident in my undergraduate years understood. And some others. But so many that had known me since I was a child branded me a certain way, and when I began to reject that branding, it confused them.

I feel that I deal with that as a constant, those who knew me throughout my youth were sure I would grow up to “be someone” and my sudden shift in focus was (understandably) hard to comprehend. To them, it seemed so sudden, so fast. But it wasn’t. It was a long time coming. In their minds, I changed. But the truth is, I just accepted the reality of who I am and what I really want. I want a day job. I want a family. I want to be a wife and a mother and have a dog and worry about my kids and attend PTA meetings and run a household. I didn’t want grandiosity after all.

I spent my entire life running away from my greatest fear: normalcy. I needed to be special, to be something. Because, in my mind, no one would love me otherwise. So, there I was. 22. A graduate with a degree in something I ended up hating. Unemployed. Frustrated. Physically unwell from the emotional stress of my family situation (my grandmother was dying of cancer at the time). Consistently confronted from the very real tension of having no idea what I was supposed to do with my life. Confused as all hell and constantly battling severe panic attacks. And, look at that. God sends me this guy, who becomes a safe place when nothing in my life felt safe. Who didn't know me well when I was striving to be "something" and could accept where I was now. Who didn't seem to care that I was so lost, who wanted to walk with me as I rebuilt myself.

So, yes. I have changed. I have grown. I have rejected the old. I work at a desk and I spend my days fussing about quarterly goals, client needs, content carryover, analytics and SEO optimization. I take walks and go grocery shopping and attend church on Sundays. I virtually never do anything I used to. I don’t write anymore, really. Except stuff like this. I take pictures sometimes, but not often. I never go to the theatre and I have no interest in acting. I enjoy playing tennis on Saturday’s at the public courts. I got to bed at 9:30 every night and keep a bottle of Tums at my desk, should I experience indigestion.

My life is very, very normal. And I wouldn’t trade it for my old life for anything.

This is who I am. This saltine, plain, boring, normal me is me. So, for those of you who think you know me better than I know myself, unfortunately, you’re wrong. No offense, but I kept most of you out, anyway. The person you knew wasn’t me. Just an attempt at me. Trust me when I tell you I am infinitely better now. Trust me when I tell you that I am completely sane, normalized, calmed, healed and authentic in my decisions now. I am getting married to a man that knows me better than anyone else. I am in a job that offers both growth and friendship within itself. And I don’t cry anymore.

I promise I am okay. Don’t worry about my future just because it wasn’t what you expected it would be. Nothing in life ever is.