Poetry On Odyssey: I Live In A Country Where...

Poetry On Odyssey: I Live In A Country Where...

This poem is about every country which faces social problems such as corruption, low education and sexism. 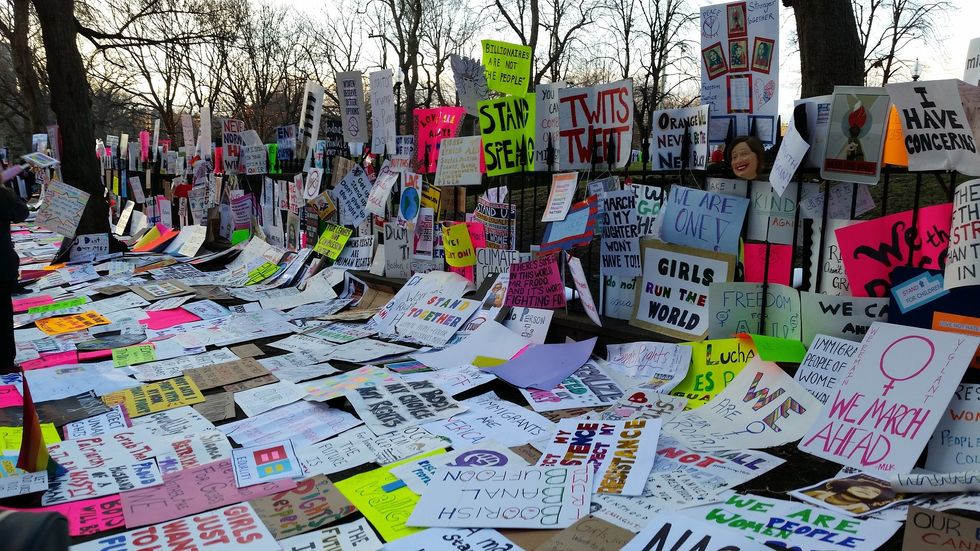 I live in a country where the length of a skirt,

Where marital rape is not considered an assault,

rather marriage is defined as a form of consent.

I live in a country where a girl is judged,

by her virginal status rather than her degree.

Where we want sex from every other girl,

yet cannot accept it, if she's not "intact".

I live in a country where hugging a boy,

gives you the identification of a slut.

Yet, when the girl gets herself married,

She is forced to consummate early.

I live in a country where corruption is the norm,

and honesty is considered the way of the weak.

Where the schools teach us to love every human,

yet themselves shout out against homosexuals.

I live in a country where the literacy rates are down,

Yet the number of temples exceed schools.

Where beauty is defined as the shade of your skin,

your skin would get you married, not your qualifications.

I live in a country where our women get groped,

be it on a public bus or in a passport office.

Where when we speak, our mouths are zipped;

but when violence speaks, rewards are granted.

What I want to ask all of these cowards is,

where are they without their guns and arms?

Where do they stand when it comes to a degree?

How does it feel to have their wives ill wishes?

How does it feel when their daughter turns her back?

Maybe they are too proud to face the truth, but they are alone.

I urge us to join our hands and fight,

Fight against this illusional freedom,

Speak out our rights and lift ourselves up,

This is your last chance, don't give up.

This is your chance, hold your head up.

This is your last chance, don't give up.

I have purposely not specified any country in my poem because I want this poem to be a statement for every individual living in countries where such problems are persistent.

Related Articles Around the Web
poetry
Report this Content
This article has not been reviewed by Odyssey HQ and solely reflects the ideas and opinions of the creator.

6 Life Lessons I Learned From C.S. Lewis's 'The Lion, The Witch And The Wardrobe'

16 Rupi Kaur Poems Everyone Should Read