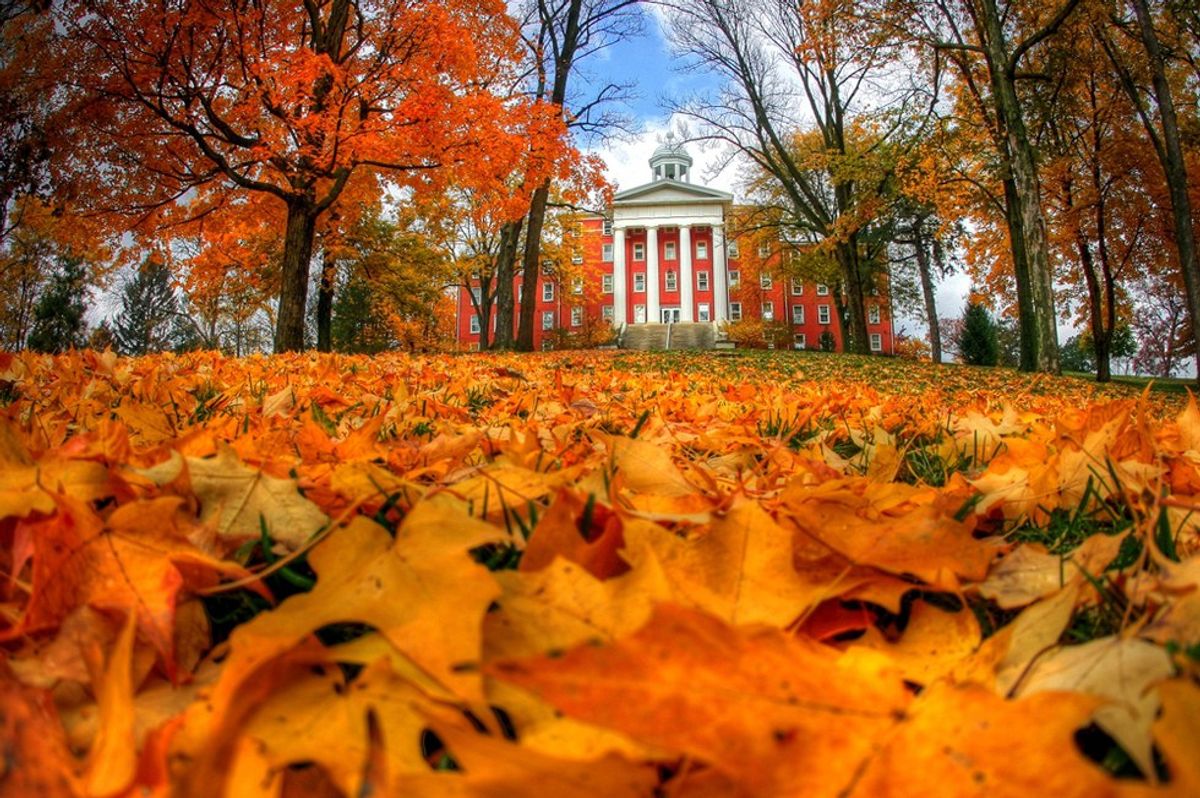 When I visited Wittenberg University for the first time three years ago, I had no idea just how much there was to the school.

The thing with Witt is that it carries such a unique experience that you really do not know where you will go once you end up here. There's really no predicting what will happen once you step foot on this campus.

Despite what it may sound like, this is definitely a good thing. In life, we spend so much time thinking about the past and planning for the future that we often forget to live in the moment and relish our experiences. And that is what is so refreshing about Witt: The notion that you are helping out your future by living in the moment and engaging in a college experience like no other.

But on the flip side, it is also weird. In fact, this college is weird for that matter. But just like living in the moment, being weird is a good thing. As is this school.

1. The Campus Is Incredibly Hilly

2. The Professors Here are Actually Cool

This is a weird trait given that this doesn't often happen at colleges. Say goodbye to dry lectures and sleeping in class if you go here (at least for most profs).

Upon following Total Frat Move on social media since my freshmen year of high school, I had certain expectations for what Greek Life was supposed to be like. But surely enough, at Wittenberg, the fraternities really are not like the typical frats. In addition, the frats on campus are actually not hateful of one another unlike some other schools.

4. Practically everyone here is over-involved beyond school.

The culture of campus not only encourages involvement but leaves you with no choice but to get involved. You really have no choice. Whether you start early on or decide to finally accept the 100th opportunity that is thrown in your face, you will get involved eventually. The only question is when.

5. The School is a Shining Light in a Struggling Community

While Springfield has gotten better over the years, there's no question that it still has its struggles. But what is special about Wittenberg is that it has continued to shine light all these years despite the many challenges the Springfield community has faced.

6. People Enjoy Streaking Too Much Here

The first time I went on a tour at Wittenberg, my tour guide flat-out bragged about the amount of times she had streaked on campus with her friends within minutes of meeting my family. Little did I know that streaking at Witt is actually life. If you haven't at least streaked the hollow, can you really call yourself a student or graduate of Wittenberg University?

Ask your Wittenberg friends what is weird about Wally Witt.

8. Secret Societies and their rituals

Secret societies are not common on college campuses. But, of course, Wittenberg has to be one of the few schools which have secret societies. If you go to the hollow late at night, you might randomly spot a ritual going down.

Yes Wittenberg is one weird place. But overall, that is one of many things which make it a great place.