Let's analyze Broadway's arguably most popular musical, cause why not? 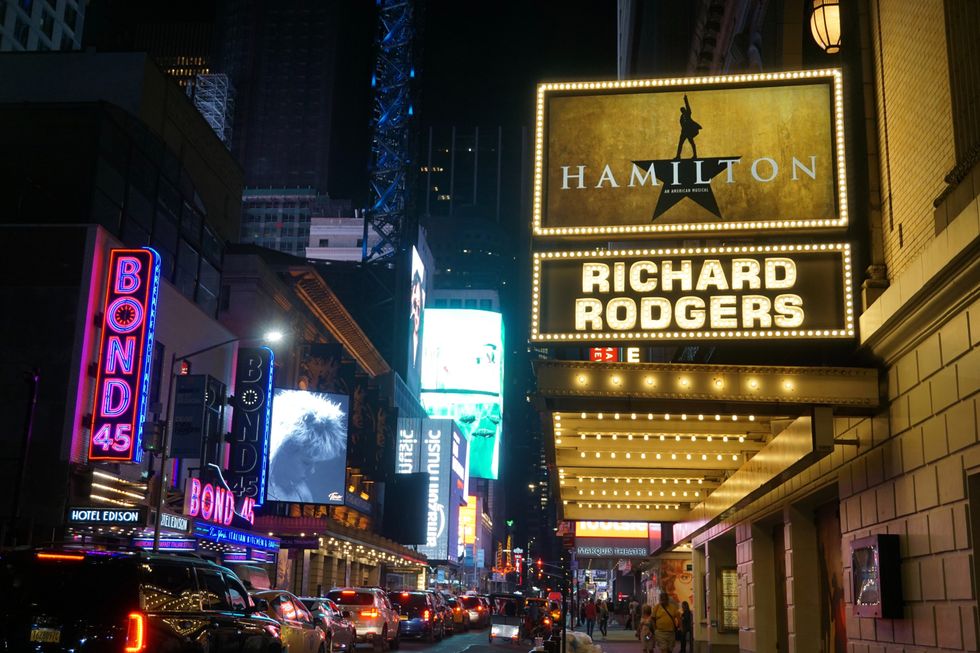 Photo by Sudan Ouyang on Unsplash

So up until high school, I was never into Broadway. I was also never into rap. So how come I came to love Hamilton, a Broadway musical that is largely, if not entirely, hip-hop and rap?

I always like to say it's in the words. Let me explain that for you:

There are three parts to any good song, or musical piece: melody, rhythm, and words. Now most people, myself included, like a song because of the melody or rhythm. When I listen to Bazzi's 3:15, or Lord Huron's The Night We Met, I'm not listening for the incredible meaningful words. It's the impactful melody, the pulsing rhythm. Or, to put in more familiar words, you can vibe to it.

But with Broadway, it's different. A plethora of musicals contain soundtracks with impeccable melodies and immaculate rhythms. So what's the hitting feature? The words.

I'm no history buff. In fact Hamilton was quite the educational musical, entertaining and educating its viewers on hidden truths of American history, with a few exaggerations and details left out. But it wasn't the extensive portrayal of the Revolution that drew me in, it was the incredible phrases and rhymes written out by the ultimate genius, Lin-Manuel Miranda.

The first song I ever heard was Cabinet Battle 1, which aside from giving out the best roast of all time (iykyk), was a carefully crafted work of genius. Using exact and near rhymes, end and internal rhymes, Miranda brought in emotion, reason, fact and fiction into Jefferson's part. And then, just when you thought it couldn't get any better, he went and made Hamilton's part even better, refuting every point of Jefferson's, adding his own opinion, and inserting a few comical roasts, all while maintaining a steady rap beat and rhyming his way through every phrase. I never knew the best rap battle I would ever witness would be in Broadway musical.

And every time you listen to the soundtrack, or just one of the songs, you discover something new. For example during the 9th grade we were reading Macbeth in class, and I listened to the tune Take a Break as I was, funnily enough, taking a break from my work. Suddenly, I caught hints of words like "Macduff", "Birnham Woods" and "Dunsinane". I rewinded the song and realized that within 2 lines, Miranda fit an entire allusion to a work 400 years ago into a current rap number. I mean, even if you're not the biggest fan, you have to admit that the literative creativity of the musical is absolutely incredible.

Miranda truly brought a forgotten story to life, a bygone Founding Father exist before your very eyes and ears. The fact is, even without its musical ingenuity, Hamilton is a work of literature on its own. It tells a typical story of historical fiction, with a mysterious main character surrounded by a tragic past, an underdog with a thirst to prove himself, and his adventures with war, love, camaraderie, conflict, betrayal, and finally treason.

When you dissect the work, there are 5 major themes, each intertwined to make Hamilton's story as incredibly told as it is. The first, most obvious one is the foil between Hamilton and Burr; we are introduced to their contrasting ideals early in the musical with the piece "My Shot", where Burr expresses his preference to keep his opinions unknown thus eliminating opposal, while Hamilton argues to voice his opinions loud and clear to prevent mistrust. This theme continues until the end of the musical, until Hamilton's opposition to Burr's ideals has cost Burr so much politically that he must challenge him to a duel. The second theme is about satisfaction, or lack thereof. We see this emerge in the masterpiece "Satisfied", as well as glimpses in "Non-Stop", until it contributed to his scandal revealed in "The Reynolds Pamphlet". The third theme is directly a byproduct of Hamilton's inability to be satisfied: his inability to stop writing like he's "running out of time". It not only foreshadows a tragic ending, but also adds a pace to the musical, in addition to the frequent rhetorical questions pondering "When is Death going to get me"? But while others in the musical chastise him for writing so much, Hamilton argues that it's what made him who he is. bringing me to the fourth theme: an orphaned immigrant rising to success; the true emblem of the American dream.

With a cast mostly of people of color, Hamilton tells a story more than just that of Alexander Hamilton; it shows how the ideals of our nations were never lived up to. Thomas Jefferson preached against slavery but still owned them, George Washington preached against political parties but factions ended up forming nonetheless. So it implies that America "you great unfinished symphony", is now in the hands of the colored, the people that didn't have a say in the first place. And now more than ever it matters what they have to say, it matters that we try and live up to the ideals for a perfect union that our Founding Fathers dreamed for us.

I have yet to hear or see another Broadway musical. And I have yet to listen to another rap song as many times as I have replayed the Hamilton soundtrack. Because it's not just another performance. 11 years of Lin-Manuel Miranda's life will contribute to a lifetime of happiness for me and so many others. So thank you, Lin-Manuel. And thank you Alexander Hamilton.

I highly recommend watching Hamilton: The Musical on Disney+!