Even if you can only afford one really big trip in your life, you still need to take advantage of it. 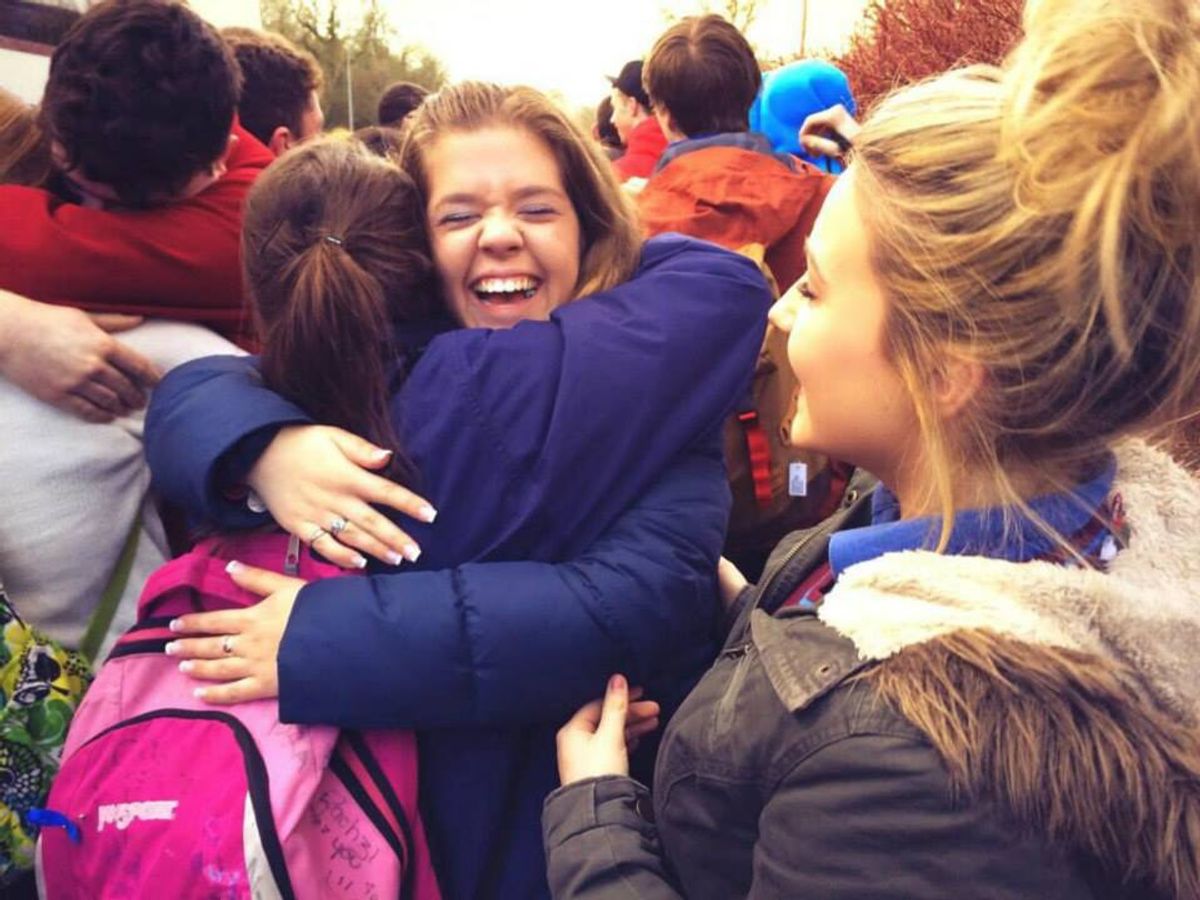 Traveling is something that can be extremely fun and eyeopening. Lots of people choose to study abroad while they are in college and those that don't will often regret it. There is so much more out there than your home town or home state or home country. The world is full of different cultures and food and music and so on, everyone should have the opportunity to experience that in one way or another.

When I was a junior in high school, I participated in an exchange trip to Ireland. For one week in October I had an Irish Student live with me, then in February I went and lived with her for one week in Ireland. I saw so many beautiful landscapes and castles. I tried all kinds of new foods, built relationships with all the students that participated in the exchange, and I still talk with some of the students from Ireland today.

The trip was an experience of a life time. This was the trip that made me want to travel when I get older. I learned so many new things, and had loads of fun, I did not want to leave! I saw that there was so much more than just the country I lived in, I was convinced that I was supposed to be born in Ireland, because I loved it so much. All the people there are so friendly and will talk to you because they know you're not European, but they are genuinely curious about where your from, why you're here, etc. It is fun to see the differences between school, nightlife, home life, food. Some of the things are so simple, but you still find it interesting.

We went to places like the Blarney Castle and Dublin, The Ring of Kerry, The Cliffs of Moher and so much more was jammed into this one short week. It almost moved too fast, I wanted it to slow down because I was enjoying it so much. The sites were absolutely breath taking, pictures would not even do it justice. All you hear is that in Ireland it rains all the time, and this is true, but it seemed that it would really only rain at night while we were there, so out days were sunny and enjoyable. If I could go back and do the entire trip over again I would.

One of the chaperones of the trip told us to get the international calls and text put on to our phones so we could communicate with our students and our family while we were over there, I was one of the few people that did not do that. While I was on the long bus rides going from city to city or going to a new destination, I was looking out the window, listening to the tour guide, taking it all in.

That was probably one of the best things that could have happened on the trip. I wasn't looking down at a screen the whole time, or texting someone the whole time, but I was taking in everything else around me.

If you get the option to travel, you need to take action, and it better sooner rather than later! If you wait until you're 50 you might regret it, because after you go one place, you're going to want to go to another place and another place and another place...Start in college, or once you graduate, because you will not regret it. Even if it is only to one place every few years it is still with it! It might take a long time to plan, and a long time to save, but you just have to put up with that part.