Being single is hard, but being used is harder.

From The Girl Who's Tired Of Being An 'Almost'

No one wants to be a second choice, let alone no choice at all. Dating in 2018 is about as easy and enjoyable as plucking the thorns off a cactus. 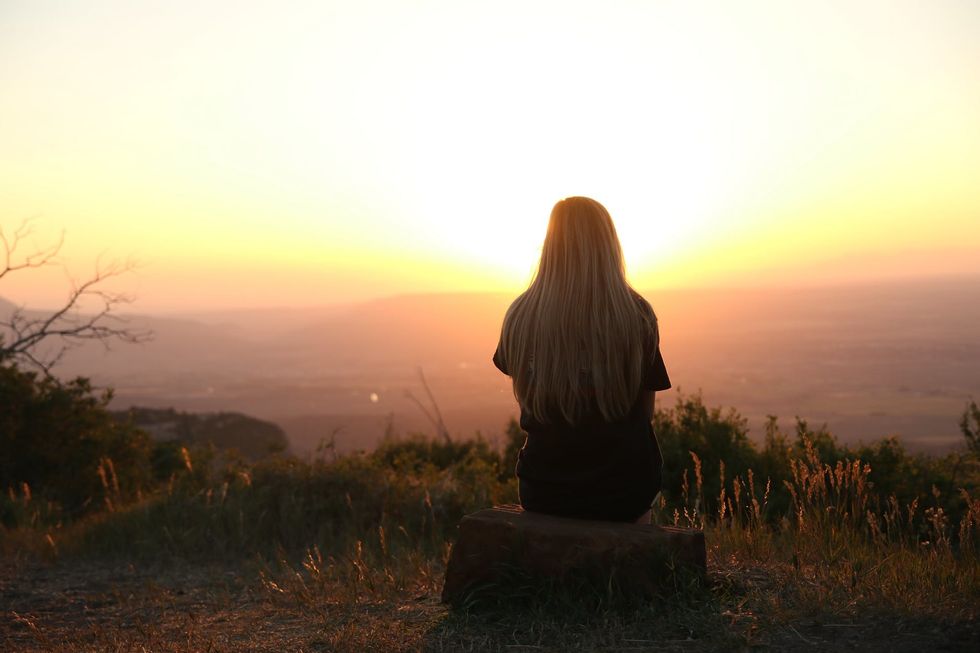 We can now order up a partner faster than we can order a pizza. It's rare that men approach women first anymore, and when they do it seems to only be for a one night stand and not out of genuine interest. Those of us who are single, like me, really have no idea how to actually land a stable relationship in the age of no commitment and false intentions.

I've never had a real relationship before for this very reason. I'm told I want too much, that I'm too "serious", that I expect too much too soon. But all I actually want is a man who is loyal, honest, and devoted to me. That's literally it. And that's too much to ask? Seriously?

I was never the "it" girl in high school. I never had a date to prom or a date in general. I was awkward and just didn't fit in with the other girls in my age group. When I got to college, I had very little dating experience, which made my freshman year a chaotic whirlwind. I was tossed into an environment where guys actually took notice of me and asked me out, where guys told me I was pretty, were guys wanted to take me to parties with them where we danced all night. I finally started to feel "normal."

However, most of those flings I had never amounted to anything. I almost had boyfriends. I almost became what they wanted. I almost had what I thought I also really wanted at the time.

Each failed fling was just one more instance where I was an "almost," or the "stepping stone girl", aka the girl guys used before finding their "person." And I didn't care in college. I assumed that this was just male immaturity that would end after graduation. But, unfortunately, it seems like this really won't change anytime soon.

Now, at 22 and as single as the last Pringle in the jar, I for one am just tired of it all. I'm tired of being someone's almost. I'm tired of guys leading me on and expressing "interest" only to drop me like old news after a few weeks. The cycle never ends. It's literally the same thing each time.

PSA: if your intentions are to just use a girl, don't approach her in the first place. Don't get her hopes up or lie to her. Just let her be.

I'm not letting my relationship status define my worth or quality of life. I've done everything on my own and I know I can achieve my goals on my own. If a guy wants to pursue me, and I mean truly pursue me, then great, and if not, I'll just continue to thrive independently. I've never been the girl who needed a man. I definitely want a boyfriend, but I won't be devastated without one.

But in all honesty, why me? Why do guys only see me as an "almost?" Why do they lead me on and then drop me, only for me to see a few weeks later that they entered into a serious relationship with someone else? What is it about me that deters every guy I'm interested in? I'm truly baffled.

I can't blame myself. I know I'm a quality woman who deserves an equally quality man. However, when I see my friends with their boyfriends, all happy and acting cute, it cuts me a little deeper each time. I'm reaching the age where people start to pair off and get serious. A lot of my friends go on couples' outings/trips now which I know I wouldn't be able to participate in, and if I am invited I just feel like the awkward 3rd, 5th, or 7th wheel.

It just feels like I'm the odd one out, literally. And I'm sick of this. It's so very uncomfortable honestly, to always be the tag along to what otherwise would be date nights.

I would love nothing more than to have a partner, someone to share all of life's moments with. Someone who will be there for me through it all, who I can run to and kiss and hug and love. Even something as simple as walking down the street holding hands would feel like a dream to me.

Life is short. I want that young love. I want all that a relationship entails, both good and bad. It's extremely frustrating to be the only single friend in your friend group, listening to everyone talk about relationships and having nothing to offer.

This is not a pity party by any means. I love my life and enjoy every moment, I just wish I had someone to share it with. In the meantime, I'll be focusing on bettering myself.

I don't believe in "almost." You either want to be with someone or you don't. Simple. So I will gladly wait until someone is sure enough that they want to be with me because my time and energy are precious.

As the saying goes, I'm not just a stop along the way. I'm a destination.