'When We All Fall Asleep, Where Do We Go?' Deserves ALL The Hype

'When We All Fall Asleep, Where Do We Go?' Deserves ALL The Hype

Billie Eilish has taken the world by storm and this album is just the beginning. 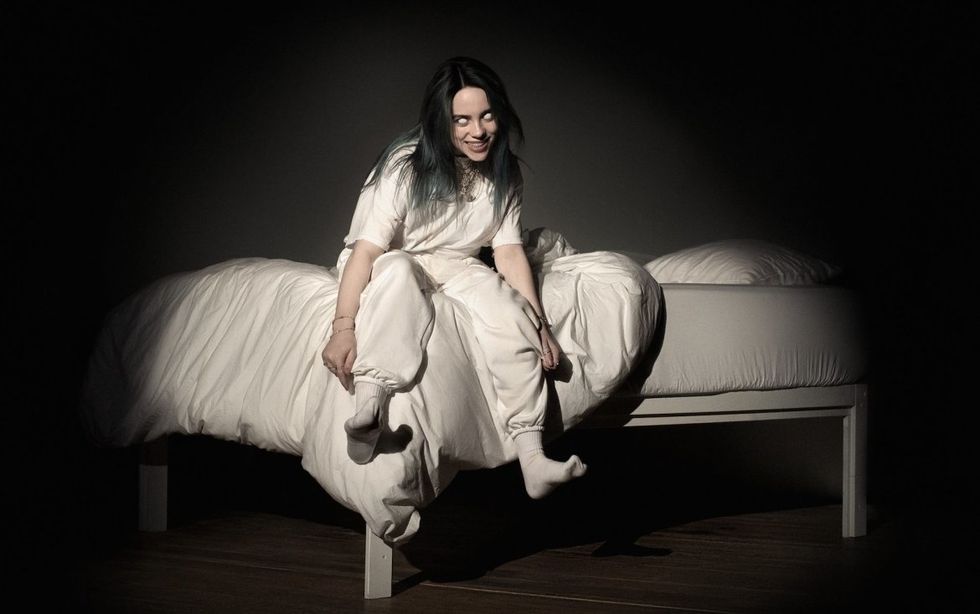 Last year, Billie Eilish released her debut album title 'WHEN WE ALL FALL ASLEEP, WHERE DO WE GO?'. After the release of this album, Billie had received 6 Grammys. Now that's a lot of Grammys, let alone for a first-timer. There is a continuous debate about whether or not Billie deserved all those awards or if someone else deserved them more. I am here to tell you why exactly Billie's album deserved all the awards and more.

Now if you are a Billie fan like myself, you will know that all of Billie's music is produced by her brother Finneas. The production on this album, in my opinion, is absolutely unmatched. I have done my own research and have found out many different tricks they used in order to create the ominous and mellow beats that follow Billie's vocals throughout the album. Many of the sound bites that are heard throughout the album are actual noises both Billie and Finneas had recorded on their phones in random places around the world. In the album opener, 'Bad Guy', you can hear a strange high hat tapping during the chorus. Now what you may not know is that those quick taps are actually the crosswalk indicators in Australia. For those who are blind, crosswalk indicators will sound to let people know it is time to walk. Another song that has strange production secrets is 'Bury a Friend'. In the bridge of 'Bury a Friend,' a drill-like noise can be heard in the background, that noise is actually the sound of Billie getting her Invisalign glue stubs shaven off. Now I don't know about you, but that is quite unique.

Another aspect of the album that makes it so amazing is the assembly of the album. In the beginning, we know that 'Bad Guy' is in fact the album opener, but there is also a 14-second album introduction. This is not a very popular strategy that many artists use, but it is something that may pop up on an album from time to time. The reason I bring this up is something I have never heard such an introduction as this one. In the beginning, we heard a weird pop noise and a slurping sound. Next, we hear Billie say "My Invisalign", then joined by her brother "I have taken out my Invisalign" then finished my Billie "I have taken out my Invisalign and... this is the album" followed by laughter from both. Now that is one way to introduce an album that wins 6 Grammy's. After this small introduction, we are lead IMMEDIATELY into 'Bad Guy'. While the album continues to flow, there is one section of the album that is so intriguing that it has to be mentioned. On track 10, 'Bury a Friend', the song is ended with a whispered beat, this very beat then continues into the introduction of track 11, ilomilo. I know many artists have done this before, but it just flows so smoothly it blows my mind every single time I hear it.

Lastly, the album is just so different from anything I have ever listened to before. We can go from a fast beat song like 'Bad Guy' to a deep song like 'listen before i go". This is so interesting to listen to because I feel as if we can feel what Billie is feeling. We can hear her bold personality, but then we can also hear her lowest moments. The connection we get from this album is simply uncanny. Even in some parts of the album, there are smaller things that are just Finneas and Billie joking around and they happened to place it in the middle or at the end of the song. This really creates a bond between Billie and her listeners. These little moments let the audience into her life and into the "studio" with her to really grasp onto the emotions and jokes that were filling up Finneas' bedroom, which doubled as their studio. Aside from the album itself, Billie also created a walk-through experience where her fans could come and experience rooms that represent how the songs on her album make her feel.

Overall, there is no doubt in my mind, and now hopefully yours, that Billie deserved these awards. I think you should give it a listen if you haven't and if you have, I hope you loved it as much as I did. I can't wait to hear more from Billie, and when I do, I will make sure to keep you all updated on what I think.

Listen to the album here: https://music.apple.com/us/album/when-we-all-fall-...