Wearing A Mask Is Mandatory, For Good Reason
Odyssey

Wearing A Mask Is Mandatory For A Reason, So Just Suck It Up And Put One On

You're saving a person's life, is that so hard? 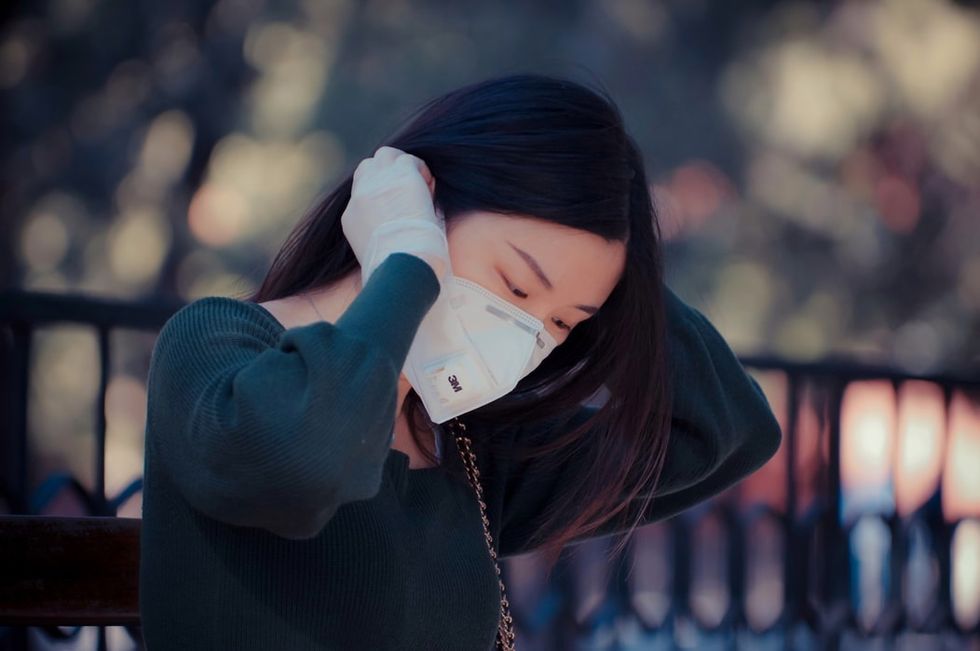 Lately, there have been more and more videos released on social media that have depicted people who are fighting the order of wearing masks while in public. You've likely seen some of them in the news, where a store worker politely tells a customer that they have to wear a mask if they wish to shop in their store and adhere to the regulations and keep everyone safe, and the customer suddenly refuses by screaming and sometimes becoming physical.

You would think this would be maybe a few instances, but it's actually gotten worse.

According to the New York Times, the number of instances is so often that staff managers at grocery stores have to actually train their employees on how to handle screaming customers. So why are so many people in stores getting offended that they have to wear masks in public?

One reason is that many people think that being told to wear a mask takes away their freedom or constitutional rights. And they are willing to get in fistfights with workers to prove their point.

At the same time that this occurred, there have been multiple states that have started implementing a mask-mandate to ensure that everyone is helping to keep others from getting COVID-19. The bad part about this is that more workers in stores will now be more pressured to enforce the mask order, which causes workers stress, not to mention police officers being overloaded to enforce the order.

At the end of the day, is wearing a mask really depriving people of their constitutional rights, or is keeping people who are in the at-risk group for COVID-19 more important? Surprisingly enough, there are still people out there who are not taking the virus seriously. Despite the staggering amount of deaths that have occurred over the past few months, there are some people who still refuse to believe that the virus can be deadly if contracted. You can see this through news reports of people crowded in bars without masks or crowding local beaches.

You may be thinking, but didn't the CDC give confusing information at first about whether wearing a mask really helps to prevent COVID-19?

Yes, there was conflicting information at first from the CDC, especially during the first months of the outbreak. According to the New York Times, the CDC had first said that those without symptoms did not have to wear masks, but then in April, they changed their opinion. However, this is because they've learned more about the virus than what they previously had known when the first cases appeared in this country.

The CDC has found that wearing a mask can prevent cough droplets from spreading into the air. According to the CDC, there have been several sources of evidence from both clinical and laboratory studies that shows that a cloth covering can reduce the spray of droplets when worn over the nose and mouth. Since people are within close proximity to each other, a face-covering can stop the virus from spreading through the droplets to others.

Doesn't it make sense that as the virus goes on longer, we learn more about the virus? If wearing a mask can prevent others from dying, then why would it matter if it is your constitutional right to wear one or not? The sad part is that it's gotten to the point that states have had to make it mandatory to wear a mask just because so many people refuse to wear them in public.

I can understand what some people mean when they say that wearing a mask is uncomfortable, especially when it's hot outside. They can also fog up your glasses if you're wearing any, and it's hard to breathe through them. But remember, there are essential workers like healthcare workers and grocery store workers who are required to wear them every day for sometimes 8 to 12 hours. Yes, 8-12 hours! When you are required to wear a mask, the CDC is only asking you to wear one in public places for a short amount of time.

But at the end of the day, you are saving a person's life.

No one is taking your liberty away by telling you that you have to wear a mask. Think about the people in your life who have a heart condition, asthma, or diabetes who are in the at-risk group. You may not care whether or not you get COVID-19, but if you get it, then you will most likely give it to that person that you know and you will spend the rest of your life wondering what you could have done differently.