We Can End The Two-Party System
Odyssey

We Can End The Two-Party System

There is a reason that Congress has an approval rating of around 10-20% yet 98% of incumbents are sent back to Washington. 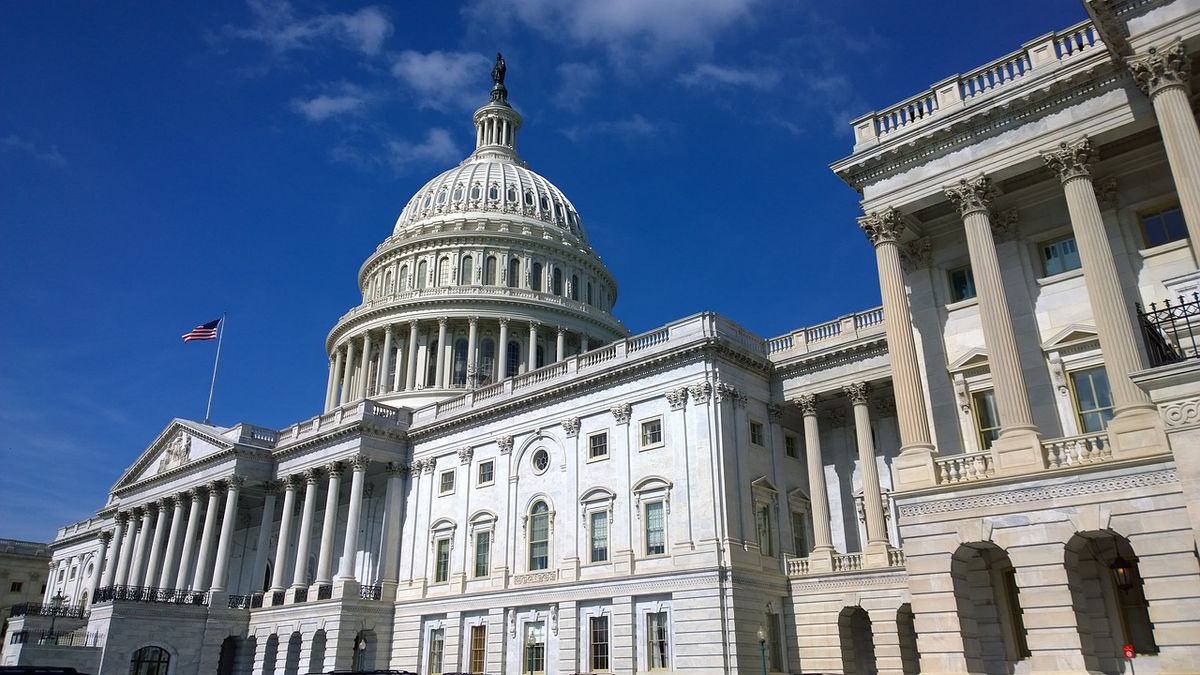 Most elections in the United States happen under a first-past-the-post (FPTP) electoral system. This is an electoral system in which whoever gets the most votes wins the election. This seems fair, but it is actually what limits us to a two-party system and has restricted choices in American elections.

If you voted for anyone other than Hillary Clinton or Donald Trump in the 2016 presidential election, you threw your vote away. This is a controversial opinion, but it's not an opinion, it's just math. FPTP creates what political scientist call the spoiler effect.

Voting for anyone other than the main party candidates just siphons votes off of the main parties and can lead to a minority selecting who wins the election. Maine provides an excellent example of what happens under FPTP.

In 2010, Paul LePage won the gubernatorial election with a whopping 37% of the vote. This means that he was elected governor despite the fact that 63% of Maine voters voted for someone else. This is a classic example of the spoiler effect. That 63% was split between an independent (36%) and a Democrat (19%) along with some other minor party candidates, thus handing the keys to the mansion to Lepage. This happened again in 2014 when LePage was re-elected with only 48% of the vote.

This has had real consequences for the people of Maine. LePage has been an embarrassment to their state, but that is an entirely different article. The voters of Maine realized this problem and voted to switch to a ranked voting system that would eliminate the spoiler effect. This vote appears to have spooked both parties in the state and the legislature has delayed implementation until 2021.

The problem is amplified when looking at Congress. There is a reason that Congress has an approval rating of around 10-20% yet 98% of incumbents are sent back to Washington. This is because the FPTP system allows for gerrymandering and gives 0% representation to candidates that may lose by one vote.

So what other options are there for electing our Congress and hopefully legislatures across the country?

In an MMP system, voters vote twice for who their representative will be. One vote is for whichever candidate the voter wants, the same way voters do in an FPTP system. The other vote would be for whichever party the voter wants to represent them. In this case, the winners of the first vote will go to the legislature just like in the United States.

The difference is that each district will send more than one representative to the legislature, those other seats would be delegated based on what percentage of the vote the parties got. This means that if a party only gets 5-10% of the vote (the threshold for what percentage needed to gain representation varies) that party would still have some representation in the legislative body. This means that a party could not dominate any district by simply getting one more vote than their competitor. This is a popular system in European countries such as Germany, Denmark, and Belgium to name a few.

There would be several implications if a system like this were implemented in the United States. One of the biggest changes is that political parties would have more power and become an official part of the government. The party decides who gets the seats that are delegated after the election is over. This system would create a multi-party state and eliminate the effects of gerrymandering.

STV systems also sends multiple members from each district, but takes the parties out of the system and allows for more local representation (which is why I personally believe this system would be better for the United States). The equation for figuring out how many votes a candidate needs to get elected is the total number of votes divided by the number of seats plus one. Plus one more after that.

So if there was an election with 1.7 million voters and 5 seats available the equation would be (1,700,000/5+1)+1 which equals 340,002 votes. Once a candidate reaches this threshold, they will stop receiving votes and the extra votes go to the second choice of those voters (voters rank their candidates when they vote). Whoever has the least amount of first choice votes is eliminated and the second choice of that candidate's voters get the votes instead and so on. If this is confusing a visual might be helpful.

Transitioning to an STV system would require a complete redistricting and would probably lead to an increase in the size of the House. Ideally, districts will have at least five members to mitigate gerrymandering. More than five would confuse voters and give them too many options than we can reasonably expect them to research and make educated votes on.

A common way of electing national leaders in countries across the world is through a popular vote and with a run-off election. French Presidential elections are an example. In the first round, there is a wide variety of candidates to choose from, all from different parties. The top two candidates then go into a run-off election if none of the candidates get over 50% in the first round. This means that in the first round voters are allowed to vote for whoever they want, regardless of how unpopular that candidate might be, but still have a say in the second round when it comes down to the two the main candidates.

Another possibility is to hold one election and allow voters to rank their choices. Once first round votes were counted, the biggest loser would be eliminated and those voters second choice would then get the votes and so on. Similar to how someone is eliminated in STV.

In a country with the size and diversity of the United States, it is becoming increasingly apparent that two parties are not able to represent the entire country. While there are downsides to any major changes in a system, these changes to our elections would inspire more participation and a stronger democracy for all of us to benefit from. Having parties that represent voters better will renew public faith in the government and increase participation.

Writing in "Bernie Sanders" or voting for the Libertarian party will not be enough to end the two-party system that Americans have come to loathe. To make these types of changes it is going to take political courage and a will of the parties to essentially cede some power to others. One of the reasons it is rare to ever hear a politician talk about voting and fairness of the system is because they benefit from a system that gets 98% of incumbents re-elected. We as citizens need to put it on the agenda and fight for a more representative system. Change is going to be hard and even scary to a lot of people, but it will be a step forward in American democracy and a step towards a more perfect union.