Video-game Morality And The Options It Provides
Odyssey

Video-game Morality And The Options It Provides

A cursory look at the progression of morality systems in video-games, raising questions about the necessity for them, and where the systems will eventually lead. 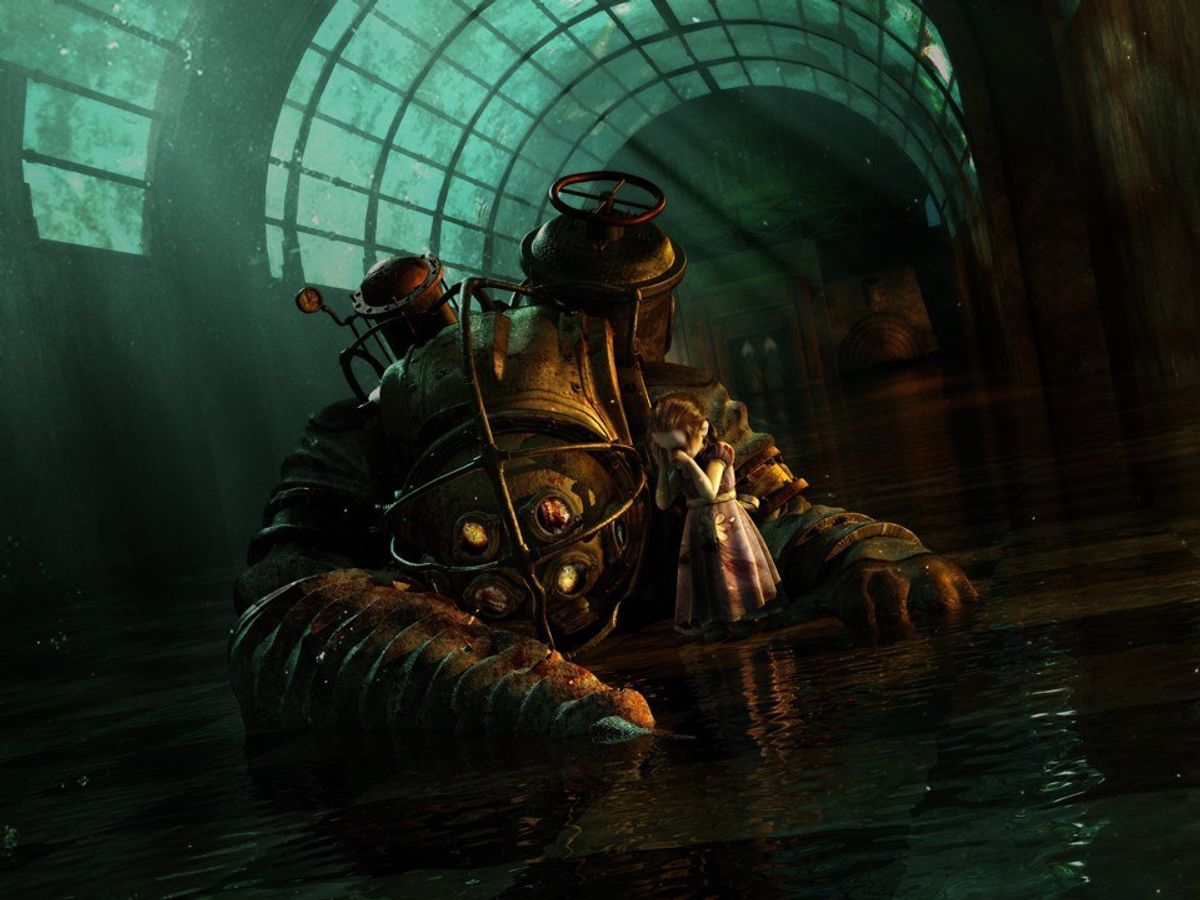 As a video game addict myself, I have spent hundreds of hours playing them over a variety of platforms. The games I enjoy the most are those with an open world design, either first or third person, where I can do “whatever” I want. Even if the game isn’t open world, I still love any game that tailors itself to how I play it, with my actions actively influencing the world and the story around me.

The first game that taught me “right from wrong” was a rapturous adventure beneath the waves filled with large fathers and genetic abominations. After killing several characters that I could have spared, I found myself on the receiving end of my first “bad ending," where I led an army of freaks to conquer the surface world. This forced me to go back and replay the game, saving every single one of these characters, treating them as if they were my own little sisters. This got me the “good ending," and I finally felt justified, as if I had to prove how good I was to a bundle of data and pixels.

It was several months later that I realized that video games have their own unique morals from franchise to franchise, there is no “right or wrong” anymore, there is only the “good” or “bad” ending. Video games have capitalized on their own escapist nature and crafted entire worlds where the bonds of law and human morality have no hold. All that matters is what the game defines as good or evil. That is how the player will act, conforming their play styles to however the game will judge their actions.

In open world games, there is usually a system of “karma” or “chaos," which will label you as a hero or villain whether or not anybody sees the player commit a crime. Other times, all that matters is if there were witnesses, and if you kill all the witnesses, then there is no proof of wrongdoing and the game forgives you. This allows players to act however they want — they can be a paragon of virtue, or they can be the greatest villain that ever lived. It all depends on how they want to experience the game. These changes to how a player acts from franchise to franchise allows more freedom than ever before, slotting them into different possible endings and encounters based on their own decisions. With the addition of achievements and the like for reaching maximum virtue or depravity, the morality rollercoaster keeps moving, regardless of the franchise.

Other games, such as the immensely popular titles designed with the “Telltale Engine” software, or various “on rail” games that lead you through the world actively change the experiences you will have based on the way you play. The result across both styles is a massive increase in replay-ability of the titles. Games with these morality systems — various achievements and endings based on actions — can easily see 50 hours or more of play and replay from users, whereas others may see only a single run.

What this means for the videogame industry is that morality equals money — the more choices they give players, the more likely these players are to invest their time, and money, in their franchise. The more possibilities that can be provided, the more likely the game is to succeed. The story doesn’t matter as much if the story can potentially be different every time you play it.

Other games, which I can’t imagine I am allowed to mention by name, have tried to stretch this morality system to its utmost, to actually have a fully intelligent world. What this means, practically, is that whatever the player does, however they act, sometimes regardless of the situation, the game will judge them. News of their actions will spread from person to person, potentially having a huge impact on the game, based on the smallest spur of the moment decision.

While this sounds amazing on paper — to have a game that grows around you, uniquely tailored to all of the choices you make — essentially removing “false choices” (a popular trope that seems to provide options to the gamer but really has zero impact in the final outcome) from the equation, it’s impractical. While it may be where videogames are logically headed, the amount of work it takes to develop such a world and keep it running smoothly is still a ways off before we can see it achieve sustainable perfection.

As the videogame franchise advances, the options for gamers continue to increase; murderer, thief, vigilante, hero, the plot of the game no longer strictly defines the characters the gamer envisions. The many different worlds and franchises enable gamers to do things that would be impossible to get away with in real life, or be the ultimate force of truth and justice in whichever wasteland they are patrolling.

The question is, where does the industry go from here? Over the last seven years players have grown accustomed to their choices shaping the world around them. The worlds no longer runs as it normally would with people acting on their own. The character is the driving force for the world, with everyone and everything revolving around the choices of a single being. If they are good, then the world improves. If not, it descends into glorious chaos, providing them with optional endings based on the challenges they completed or what they did, or didn’t, do.

It seems as if there are no new horizons for morality to be stretched to. Everything, from god, to devil, has already been done, and gamers are a notoriously hard to satisfy crowd. They start each game knowing that they are the focus of everyone and everything in the world, that their choices are the only ones that matter, because they have the controller. If the chosen one can do anything and get away with it, what is the point of morality if all it does is change how the game ends?