I'm Tired of Hating on Girls

One thing is seeing all this photoshop and unrealistic expectations on social media, and a whole other level having my friends look like social media in real life. 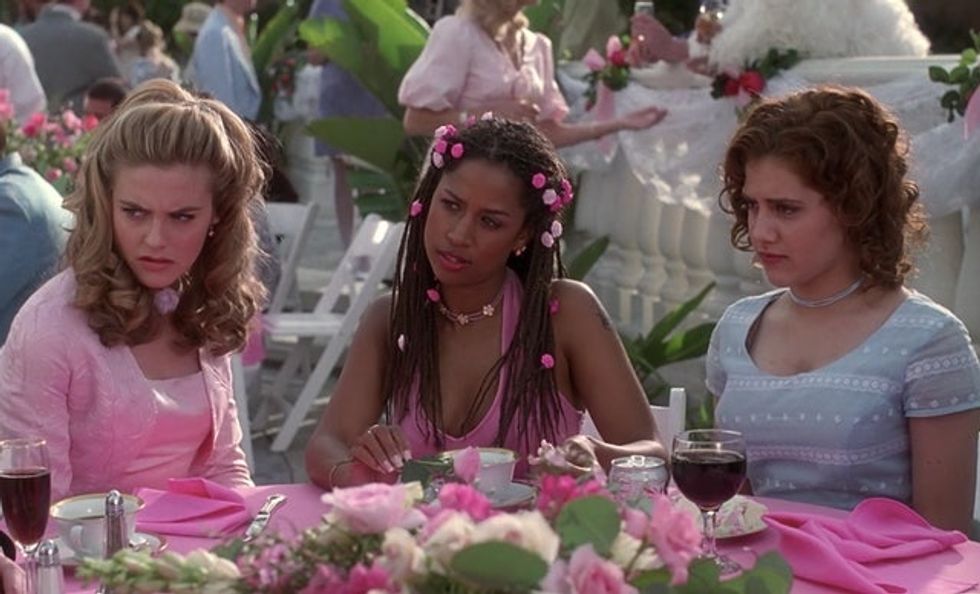 Another of my friends texted me saying that she was thinking about surgery. I can't imagine the type of emotional turmoil that goes through making a decision like that, but I do know that it's affecting me too. Full disclosure, I'm not trying to judge, but I think this is going to come off as me judging. I was adamant about writing this, because I was scared I was going to hurt my friends feeling, but I probably am and I'm going to write it any way.

I don't know where I stand with surgery. I used to be so against it, and talk shit about celebrities that would get it done. I mean, I grew up during the time when Kylie Jenner denied getting lip injections, so we're all aware that there is shame associated with it. But now, it's not just celebrities, but MY close friends getting some sort of surgery done, and it's making me feel hella insecure.

I know people like to say, they are not doing it for other people, they are "doing it for themselves", and I think it's bull. I don't think I can fully put into words what it is I'm trying to say, but I think I'm onto something. I think there's something wrong in our society if we think that by fixing the way something looks, it's going to make us "feel" better. I think we are so far gone the deep end, that we think that this is okay. If we feel insecure because of the way our nose looks, there's something wrong with society for treating us differently, NOT YOU.

I am too ashamed to get plastic surgery. My toxic trait is that I still have "pick me energy", and want to be above all girls. Like "pick me" I'm all natural therefore I'm better; and I know that's embedded in me. But fuck that. I'm done, I'm tired of thinking less of women who chose to get surgery. Whenever guys talk shit about them, I'm going to stand up for them. I'm over this misogynistic bull.

1. All of my friends are getting surgery

During the shutdown I had a lot of time to think about this. I was starting to feel really insecure because all of my friends are getting surgery. Either new boobs, lips, butts, like everything. One thing is seeing all this photoshop on social media, and a whole other level having my friends look like social media in real life; and it's making me feel really insecure. It's made me think of getting surgery too.

It made me realize that I haven't dealt with my insecurities, physically there are two things I'm insecure about: my nose and my butt. After my friend got her butt done, my insecurities resurfaced like it never left! I thought I dealt with this, but I guess I didn't.

To add a layer of uncomfortableness, we were around guys when I started to feel the most insecure. And toxic masculinity is another topic on it's own. I felt so small next to her. I felt like I was literally shrinking. I could feel her being confident about her new butt, and I felt like I didn't match that level of confidence. It's ironic because kids used to make fun of me for having big lips; and now it's literally a thing. Honestly, I know this sounds dramatic, but I'm not going to get surgery unless I'm old and saggy; so until then I need new friends.

My friends getting surgery is affecting me, and I have so much shit to deal with, I'm not going to surround myself with people that trigger me rn.

2. The hate photoshop gets

I was 15 when this girl was made fun of for photoshopping her waist and butt. I remember hearing about this, and my whole stomach was turning and I felt sick. It's weird because I've always wanted to do that. And right in front of me, I was listening to her group of "friends" rip her a new one for using photoshop. Knowing that people can talk that badly about others, scared the shit out of me, and it's probably why I refused to use it.

Don't get me wrong, I photoshop my acne all the fucking time. My acne is very prone to stress and diet, and if you know me you know I'm always worrying about 500 things, and trying to change the world at the same time. So yes, I photoshop some pimples, but usually I just don't take pics when my acne flares up.

Again, I'm too proud to use photoshop for anything else, and it sucks. I wish I could just be normal and stop trying to dig so deeply into my insecurities sometimes. I wish I could just use the damn thing, and have a temporary sense of confidence, you know? I think there's nothing wrong with using it as long as you look like yourself. If you photoshop your pictures so much that you are now a catfish; thannnnnnnn idk what to tell you. That's on you, just know that people are talking about it. If you have shitty friends; they'll probably tell you that it's not noticeable; AND this is your friendly reminder that they are lying.

3. Does surgery really fix the problem, or does it just put a ban-aid on it?

Oh you're just doing it for yourself, really? Yeah, yeah? DOUBT IT.

That might come off strong, but honestly, so? I just feel like when people say that, "they are getting surgery for themselves" it sounds like bull. I think part of me is annoyed that some people deal with their insecurities by physically changing them. I always do the hard work and try to change my negative thoughts and work through it. I guess it's triggering to see other people just fix it. But even with that in mind, are you hiding something deeper behind that insecurity? Do you really think that by getting a boob job, the issue will go away? Aren't you just going to find something else to hate about yourself and then try to rationalize into fixing that other thing?

I genuinely feel like no one really just fixes one thing and is suddenly less insecure. I mean, you can try, but I feel like these damn insecurities resurface at the worse time, and remind you that they're still there. I guess you can hide them for now, but...... they still there!

4. What advice would you give your daughter?

Whenever I'm having a hard time with my own issues and insecurities, this is my go to. If your future daughter came to you and asked to get surgery, what would you tell her?

If my daughter asked me that, I would cry. I would cry, because I've failed her. I failed to teach her that her worth is not a reflection of her appearance. I failed to build her confidence on things that are deeper than her physical appearance. I've failed to make her a strong woman, that doesn't submit to societal pressure to look a certain way to be respected and valued. And with that advice; I get mad at myself. I'm mad because I can't seem to listen to that advice.

5. I'm exhausted of hating, and I'm going to stand up for you.

I'm tired of competing against other girls. I'm tired of feeling insecure. I'm tired of not standing up for girls, because I know for a damn fact that I wish people would stand up for me. Maybe girls don't stand up for each other because we don't know how. I know I don't.

It's when the guys start to laugh about this girls lip injections, when you say, "please stop talking about her, she's not here to defend herself", or "I don't feel comfortable talking about her, don't do it while I'm here". You don't have to stand up for them, you just can't be silent when it's happening around you. I know it's selfish, but I'm starting to act the way I want to be treated. A lot of people won't like me, but I like me so, who cares.

I realized that my environment doesn't respect women, and instead of complaining, I'm going to do something about it. I'm not sure if it's the right thing to fight for, but I'm trying to change in some way, and hope that those closest to me change with me. I'm not scared to be an individual anymore.