The Truth About Being "Busy"
Odyssey

The Truth About Being "Busy" 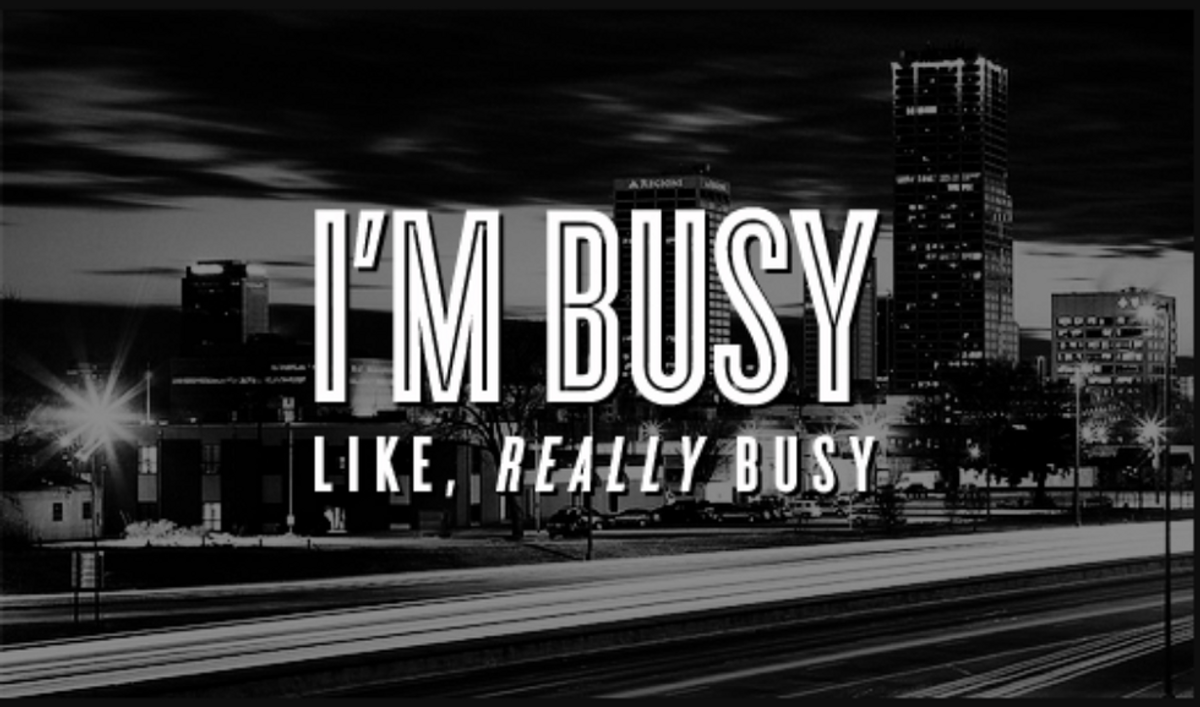 It's happened to all of us at one point or another. We constantly try to hang out/talk to someone and get the excuse "I'm sorry, I was busy" over and over again. To be honest, we've all also done it at some point in time. We consistently tell the same people over and over again that we're busy.

Even though we've all done it and it might be hypocritical to say, this is honest to God one of the most annoying excuses in the book.

Being a college student, almost everyone is "busy". We are trying to juggle a full-time school load, a job, extracurriculars, and ideally find time to eat and sleep somewhere in there. It can sometimes seem crazy at times to have any sort of a social life.

I'm going to let you in on a little secret though. I don't care who you are, what you're doing, or how hectic your life is, no one is busy 25/8.

I repeat, no one.

No matter which side of the spectrum your on, at the end of the day, people make time for the people that they want to make time for.

When all is said and done, whether we want to admit it or not, "I'm busy" is an excuse. Not to say that sometimes (key word: sometimes) it's not a good one, but it is an excuse that we all use when we're either A) not interested or B) that person isn't at a high enough priority in your life to make time.

And honestly if I've learned anything, no one has to make you a priority. No one owes you anything, and that's okay. However, don't prioritize someone that won't take 5 seconds out of the day to text you back because they're "busy".

Maybe some more than others, but the truth is, we're all busy. But we make time for the things that are important to us. If you're not making time for someone, it's probably because you just don't care as much or at all, which is totally fine. But do us all a favor and stop acting like if you weren't so "busy", things would be so different.