Sorry, Marvel, But The Best Super Hero Movie Of Our Generation Is 'The Incredibles'

Sorry, not sorry, but Pixar did it better. 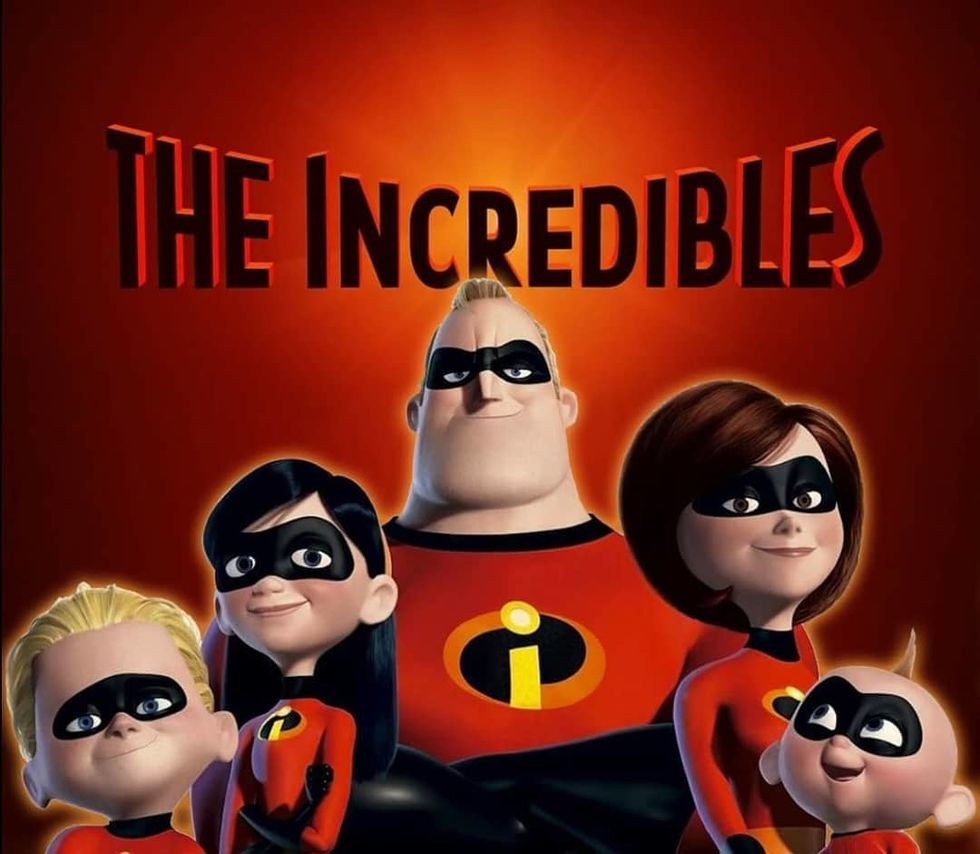 If you haven't seen "The Incredibles 2" at this point, crawl out from under whatever rock you call home and get yourself to the theater! The second movie, like its predecessor, was a box office hit on opening weekend. I personally loved the movie and thought it was worth waiting nearly 15 years for. However, I didn't think that it was quite as good as the first one (despite still being amazing), which got me thinking about the original movie. And that is how I reached the conclusion that Disney/Pixar's "The Incredibles" is the best superhero movie of our generation.

For starters, "The Incredibles" has the coolest match of setting and style. The setting, though it can be argued about, is thought to be the 1960s, but with a technological spin similar to that of Tomorrowland at Disney World. It's cool because the way the story is done — the music, the action scenes, the credits, etc. — copies the style of cartoons from the era. You go, Pixar!

Second, all of the characters have powers that match their stereotypical roles. Bob/Mr. Incredible has super strength because based on the traditional American family, he's supposed to be the strong one that runs the family and makes them money. Helen/Elastigirl can stretch herself a million different ways — sound familiar to any of you moms out there? Violet is a young teenager who is going through her first crush, so obviously she can turn herself invisible — something that every kid that age either feels like they are or wishes they were. She can also do forcefields, which is a nice little tie in to the idea that she grows stronger and more confident as the movie progresses. Dash, the sporty, show-off young son has super speed, which is fitting for the all-American family type idea. Jack Jack has a whole bunch of different powers because, like every baby, no one knows what he'll grow up to be yet.

Let's also talk about Syndrome's computer password: Kronos. Quick reminder from Greek Mythology, Kronos was a titan and father to Zeus (and 4 of the other gods). He ate his children because he was afraid that they would become more powerful than him, but they tricked him and ended up defeating him in the end. OK, now stay with me and imagine that Syndrome was Kronos. His end goal was to destroy the supers, make himself super, and then sell his inventions so that everyone could be super. BUT, Mr. Incredible, Frozone, and the family stopped him, kind of like Kronos. It doesn't match up exactly because the supers technically came before Syndrome, but it's close enough to let Pixar play with your mind a little bit.

Now let's go back to the idea of Syndrome selling his weapons to make everyone super. That little scheme ties in nicely with a conversation in the car between Dash and Helen; Dash says "Dad always said our powers are what makes us special." Helen, who has obviously had this conversation with him before replies with "everyone's special, Dash." Dash says under his breath "which is another way of saying no one is..." The whole idea of whether or not supers are better than normal people and who is "special" undercuts the entire movie if you're looking for it. And honestly, I think that the movie comes to the conclusion that, whether someone has super powers or not, everyone is special because of his or her unique abilities. Yay for a classic Disney message.

Another good reason that "The Incredibles" is the best is because it ages with you. I was a six-year-old when it came out. I love it just as much now at 20 as I did then. Why? Because I still find it relatable. At six, I just loved it because of the Disney factor. As I got older, I began to really relate to Violet, so I loved it for that. Now, I catch all of these amazing details that make it even more amazing than it was before. Remember Violet's crush, Tony? I bet you didn't realize that his voice cracked because it was changing when he asked her out at the end when you were a kid. And I'd say you totally missed how hilarious the scene with Frozone's wife was too. And you probably missed how important one of my favorite scenes from the entire movie was: the "I can't lose you again!" scene.

That scene is honestly what sets this movie apart. I was talking about it with someone the other day and he said "yeah, that scene is what makes it more than just a super hero movie. I mean, you could take that scene and put it in a football movie or a musical or anything really and it would still make sense." Bob admitting that he wasn't strong enough and drawing strength from his wife sends a very important message: that it takes an entire family to make things work, that just one person isn't enough. Here lies the most important theme of "The Incredibles": how to fix a broken family.

Maybe Marvel is your jam or you're a huge DC buff, but for me, "The Incredibles" will always be the best superhero movie of our generation.

the incredibles
Report this Content
This article has not been reviewed by Odyssey HQ and solely reflects the ideas and opinions of the creator.