After watching my life flash before my eyes in just mere seconds and coming out nearly unscathed, I learned that there was so much more in life to be appreciative of. 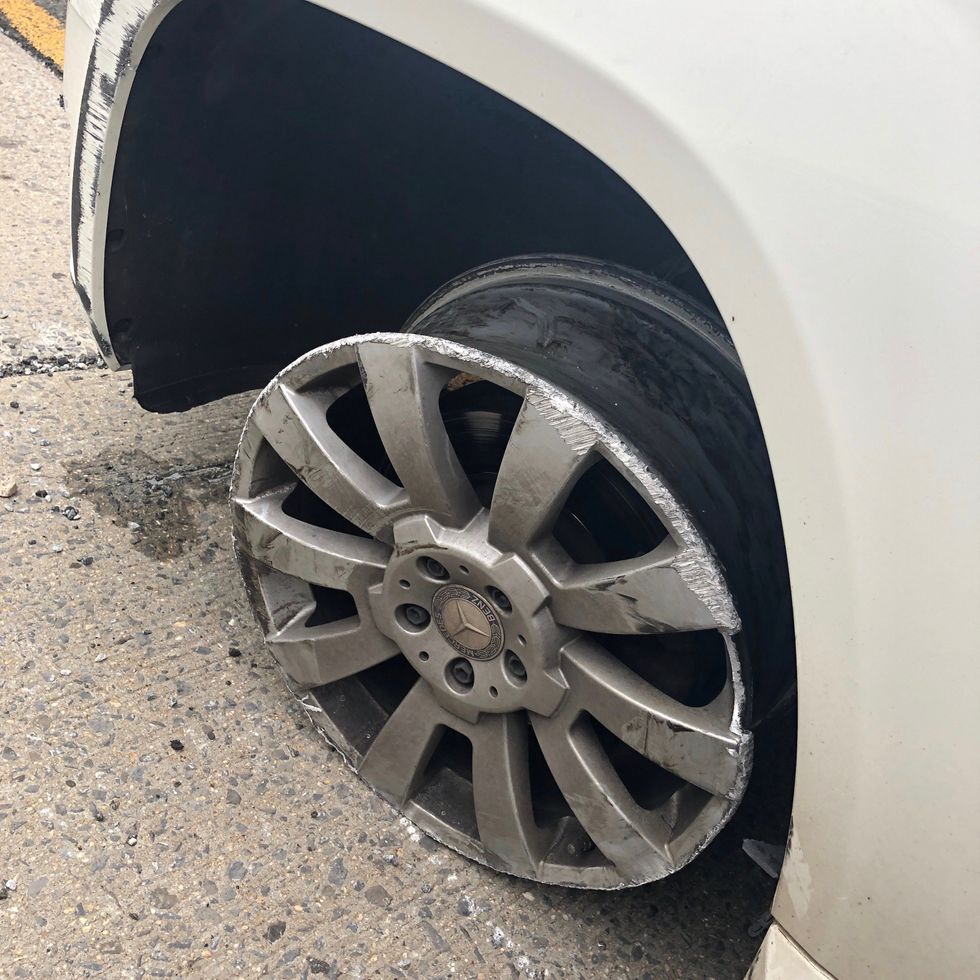 My dad was kind enough to come up to Penn State to drive my car home so I could get some much-needed rest for our five-hour drive back to New York. When I say my dad is a saint, I'm not kidding. He somehow managed to get up at 4 A.M., drive all the way up to Penn State, hop in my driver's seat, and head right back on the road. I was feeling immensely blessed and grateful after an endless week of exams and no sleep.

The ride was going extremely smoothly, the traffic wasn't awful, and I was able to close my eyes for a bit. With an estimated hour or so worth of driving left in our trip, we reached the Cross Bronx, which is arguably always the deciding factor of whether our trip home will be five hours, or eight. I was optimistic, however, and extremely eager to arrive home into the arms of my mom and to the excited barks of my dogs.

I remember gazing out my passenger window as the rain began to slowly cascade down the window. I remember seeing the large minivan behind us veer into the right lane, the sound of its engine revving loudly. I then clearly remember watching the van attempt to cut us off. Long story short, it didn't make it.

Instead, the back of the van slammed into the passenger side of my car, slamming us with such great force that it threw us from the center lane, into the left lane, and then into the concrete median. I remember clutching onto the sides of my seat as I screamed fearfully for our lives as my car slammed into the median and bounced off with significant force. I remember my dad turning to me from the driver's seat with anger and concern in his eyes to make sure I wasn't injured. I remember heaving for breaths between my terrified sobs.

We watched the van speed ahead and feared that the driver would try to take off, but thankfully a kind bystander made sure that did not happen. We were sitting ducks in the left lane of perhaps one of the most dangerous expressways in New York. My dad squeezed out of the driver's side door to inspect my car, coming back and revealing that it was destroyed.

My left front tire lay 200 feet behind us, and various parts of my car were scattered along the road. Once the police arrived a mere hour and a half later and it was safe for me to exit my car, I took in the damage. It may sound crazy how devastated I was by the damage considering it's just a car, but to me, it was so much more than that. I had owned this car since I was 16 and practically grew up in it. In the six years of owning my car, I'd made so many memories in it, made so many trips, driven so many people around. My car was part of my identity. When I was stressed or upset about something, I would just drive around town with the windows down and let the breeze hit my face. Some of my favorite memories involve driving to the beach around sunset in the summer with my friends, singing along to the radio with the wind in our faces. There was nothing more comforting to me than feeling my hands on the steering wheel and the car moving beneath me.

And just like that, because one man decided to make a careless decision on the road, it was gone.

But I came out of this accident grateful, as crazy as it sounds. Despite some minor back pain and whiplash, every person involved in the accident was uninjured. With the force that we were hit with and the damage my car took, it's a miracle that my dad and I didn't end up in the hospital. It was like a guardian angel was looking down on us and making sure that my car protected us as best as it could.

That car--that giant piece of metal that I loved so much and was so sad to lose--saved me and my dad's lives that day. I look back at it now and cannot imagine if I was driving a smaller car or a car that wasn't made as strong and sturdy as my own. It sends shivers down my spine to think of how badly things could've turned out.

This car accident taught me a lot. Firstly, it taught me that people cannot be trusted, and also that a lot of people are very stupid (and unapologetic). You'd be amazed to hear that the man who hit us did not apologize once and tried to claim innocence to the police officer, but that's another story.

It also taught me to always be vigilant. Thank god my dad was behind the wheel and that he's such an experienced driver and handled the situation so well. And lastly, it taught me to not take anything in life for granted. You see it on the news every day...people tragically losing their lives in horrific car accidents. We were fortunate enough to come out of this one unscathed, and I will never take that for granted.

I may have lost something extremely valuable to me that day, but I came out of it being so much more appreciative of life and for everything I've been blessed with.

Madison Franz
The Narrative
1116420
Photo by Brooke Cagle on Unsplash

Madison Franz
The Narrative
653801
Photo by Manny Moreno on Unsplash