Defining "Sustainable Agriculture" For All of Us 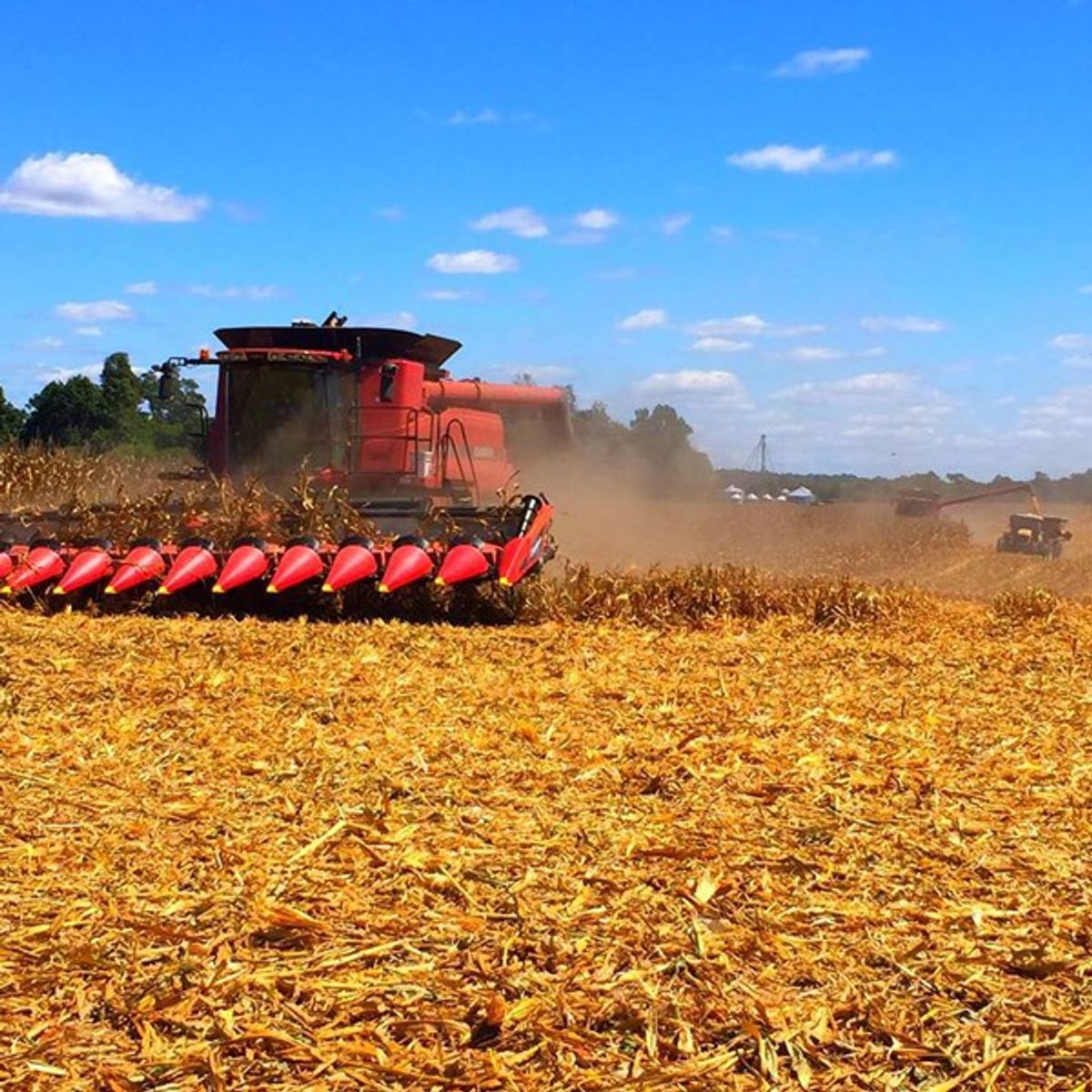 "Sustainability" is a word often associated with food and farming. Everyone wants to know that their food was sustainably raised, harvested, processed, and even consumed. However, does anyone actually know what sustainability is, or what it looks like? It seems to have been one of those terms that just got tagged on as a marketing ploy and has become commonplace amongst words like organic, natural, and conventional.

To clear up any confusion, the Oxford Dictionary defines sustainable as "able to be maintained at a certain rate or level"

However, applying this rather broad definition to an entire industry that affects every human being in the world makes the living definition somewhat more complicated to describe. So the USDA worked to put together a definition of what sustainability looks like in American agriculture:

“Sustainable agriculture” as legally defined in U.S. Code Title 7, Section 3103 means an integrated system of plant and animal production practices having a site-specific application that will over the long term:

This begs the question, is American agriculture currently sustainable? How can we make it more sustainable, in the long term? Let's break down how each goal of this definition to see where we are and what we can do.

In the United States, it takes 10 acres of agriculture land to feed the average 4 person household, and with just over 1 billion acres of crop and pastureland, that leaves a positive production of about 200 million acres of food and fiber which can exported. However, there is currently nearly 48 million Americans that are food insecure - meaning they don't know where their next meal will come from - and another 21,000 people die, worldwide, from hunger everyday. It's not that conventional agriculture can't produce the food, it's that we can't make it readily available to the populace. Solve that, and you solve hunger.

2. Enhance environmental quality and the natural resource base upon which the agriculture economy depends.

American farmers and ranchers, pat yourselves on the back, you are on the right track! Despite what enemies of agriculture such as Green Peace and PETA will tell you, agriculturalists are the best stewards of the land, and have worked hard, especially in the last 30 years to "Go Green." The Farm Bureau has put together some fast facts on agriculture conservationism, and here's a few of my favorites:

Careful stewardship by farmers has spurred a nearly 50 percent decline in erosion of cropland by wind and water since 1982.

Farmers have enrolled a total of 31 million acres in the Conservation Reserve Program to protect the environment and provide habitat for wildlife. Since its inception in 1985, the program has helped reduce soil erosion by 622 million tons and restored more than 2 million acres of wetlands.

More than half of America’s farmers intentionally provide habitat for wildlife. Deer, moose, fowl and other species have shown significant population increases for decades.

3. Make the most efficient use of nonrenewable resources and on-farm resources and integrate, where appropriate, natural biological cycles and controls.

The Farm Bureau is coming in clutch with some more facts for us on this one. Farmers and ranchers know better than almost anyone that you need to take care of what you have, and if there's a way to reduce inputs and increase yields, you do. That being said, the average farm produce 262% more with 2% less inputs than the average farm in 1950. We have astronomically increased our yields while decreasing the amount of labor, seed, and fertilizer we use. As far as natural and biological cycles go, a more educated agriculture force has helped the global agriculture community to share ideas and draw from one another. Instead of continually adding fertilizer to increase productivity, farmers use crop rotation - the practice of rotating crop species that are complimentary in what they take and replenish in the environment - to maintain and restore soil integrity. This can increase soil fertility, decrease the chance for disease and fungus, and reduce chemical usage.

In the last 100 years, the agricultural landscape has changed dramatically; nearly 40% of the U.S. population were farmers and ranchers in 1900, while about 1.5% today make up the entire producing population. This massive and rapid disconnect with the farm is unprecedented, because the struggles of the agricultural life is foreign to most people. It wasn't until the 1950's that America moved from subsistence farming - farming a variety of crops and livestock to support one's family - to production farming - farming a less diverse operation with the aim to support oneself and their family on the profit - where the average farmer fed only about 20 people. Today, the average farmer produces only one or two commodities and can feed 145 people. However, he/she only makes about 16 cents off every dollar of input. The economic viability of the farm and ranch is in trouble, simply because any businessman will tell you that a 16% profit return isn't a smart investment.

5.Enhance the quality of life for farmers and society as a whole.

This is the harder one to answer. It's obvious that a good quality of life is hard to capture and define across the board. The first step to making sure that people have a high quality of life is ensuring that they are fed. According to Norman Borlaug (aka Father of the Green Revolution), "Almost certainly, however, the first essential component of social justice is adequate food for all mankind." People need to be fed to be happy. Don't believe me? Google the word "hangry" and you will understand how I feel at about 4:30 pm everyday. As for producers though, farming and ranching is not the most secure, and definitely not the easiest life, but I would argue that it provides the best quality of life a person could ask for. It teaches you from a very young age lessons that are hard to come by in other professions. Hard work pays off. Honesty is the best policy. God knows what he's doing. Every life has value. How to drive a manual transmission. Your word and a handshake are as good as your signature. Always carry a pocket knife/pliers. Nothing can't be fixed with duct tape, WD-40, or baling twine. Everything will die someday, all you can do is live. When life throws you in the dirt, get back in the saddle. Integrity is doing the right thing, even when no one is looking. And most importantly, life goes on.

I couldn't tell you if American agriculture was entirely sustainable, but it, without a doubt, on the right track. Is the system perfect? No. However, it is an industry that cares about its consumers and its contributors, both the human and animal kind. It's time that the consumer knew what they were demanding and understood what farmers and ranchers do so that they can be smart when buying their food. Is sustainability an issue? Absolutely. However, it's crucial that organic, conventional, natural, and any other type of producer work cooperatively with the consumer to ensure that needs of the environment and the world are fulfilled.