All my softball ladies, I know you can relate. 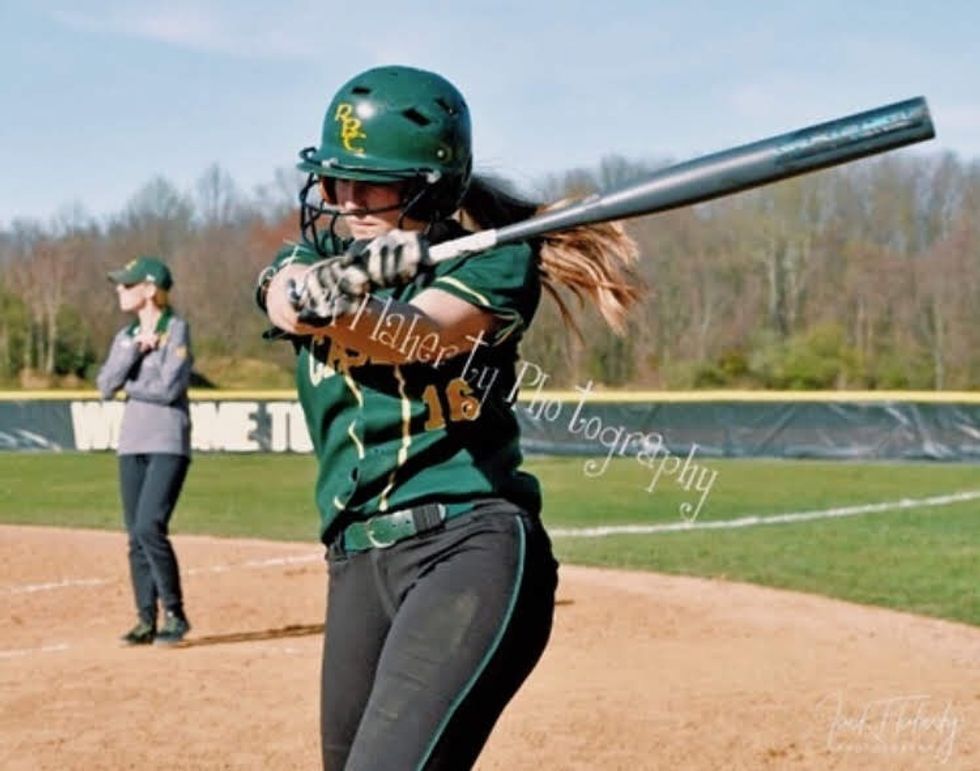 To everyone who thinks that softball is all fun and games, trust me, it's not. Although, on television, softball players always look put together (hair done, makeup on fleek, and uniforms that fit perfectly), no one ever gets a look at the struggles that go along with this.

I want to start off by saying, who thought these would be a good idea? They're see through (especially when it rains), you bleed through them, they're covered in permanent dirt and grass stains, they're just awful.

2. The name-calling and ridiculous assumptions

"Are you lesbian?" "Nice thunder-thighs," "How bad is your chub-rub right now?" "You play dykeball," "Aren't catchers supposed to be fat?" "You're basically a boy," and the most triggering of them all, "Isn't softball, like, really easy?"

3. Saying goodbye to all of your plans

My only childhood friends AKA my teammates.

Let's just say your only friends were your teammates, and weekend plans did not exist. You were always "that kid" that showed up to the end of birthday parties in your disgusting uniform and you were never able to make sleepovers. Friends were constantly getting mad that you couldn't hangout because you had a tournament at six in the morning until six at night, and you missed days on top of days of school traveling to play around the country.

4. The pants are horrendous

Wow, this is fashion.

There's no worse look then baggy softball pants, but there's no worse feeling then not being able to move in your pants. You're either swimming in them, or suffocating in them, there's no in between. To make matters worse, the material of softball pants is so bad that if your knee even hovers over the ground, you gash a huge hole in your pants and your knee starts profusely bleeding.

Me clearly having camel toe.

I think the title says enough, but wedgies and camel toe are inevitable. No matter how thick your spandex are, you're most definitely going to be rocking moose knuckle, and trust me, it's not a good look.

Check out that arm tan!

Your face, neck, and forearms are burnt to a crisp, but the rest of your body is so ghostly pale that you're practically a floating head with some arms. The beginning of bikini season is not fun, and it's almost impossible to even out the tan lines. Let's just say wearing dresses, shorts, and tank tops in the summer is one of the most embarrassing things you could do.

My face when I look at my legs after a tournament.

Forget what is said about your legs being ghostly pale, they're purple. You go to take a shower after a long day of playing and you discover fifteen fresh bruises all over your knees and shins, how lovely. To make matters worse, you have no idea where the bruises came from and they kill the next morning.

I've been wearing softball belts for as long as I can remember, and almost every softball uniform I have ever encountered has a belt. Yes, they look good with the uniform and keep your pants nice and secure, but when you're playing all day and have are dying to go to the bathroom, it's not a fast process. Also, when you're going to make that diving catch, you can expect the belt to be six inches deep in your stomach; not a nice feeling at all.

9. Having to go to the bathroom

Me making a dash for the bathroom.

Picture this, it's a hot summer day and you're sweating like a tramp in church. You're on a game break and you get the sudden urge that you're about to pee your pants. You sprintz to the disgusting and humid porta-potty and try pulling your pants down; you unbuckle your belt, untuck your jersey, pull down the softball pants, and perfect, your spandex are glued to your legs. After that whole fiasco, have fun putting the uniform back on.

Hoping this sheds some light on the struggles that come with playing softball.

5 Things to do when it gets 'bad again'

To The Person Who Needs Constant Reassurance

You Attract the Energy That You Put Out Into the Universe

OCD in a messy room