7 Reasons Why Soccer Dads Are The Best Dads
Odyssey

7 Reasons Why Soccer Dads Are The Best Dads

Because they're just not your average Dad! 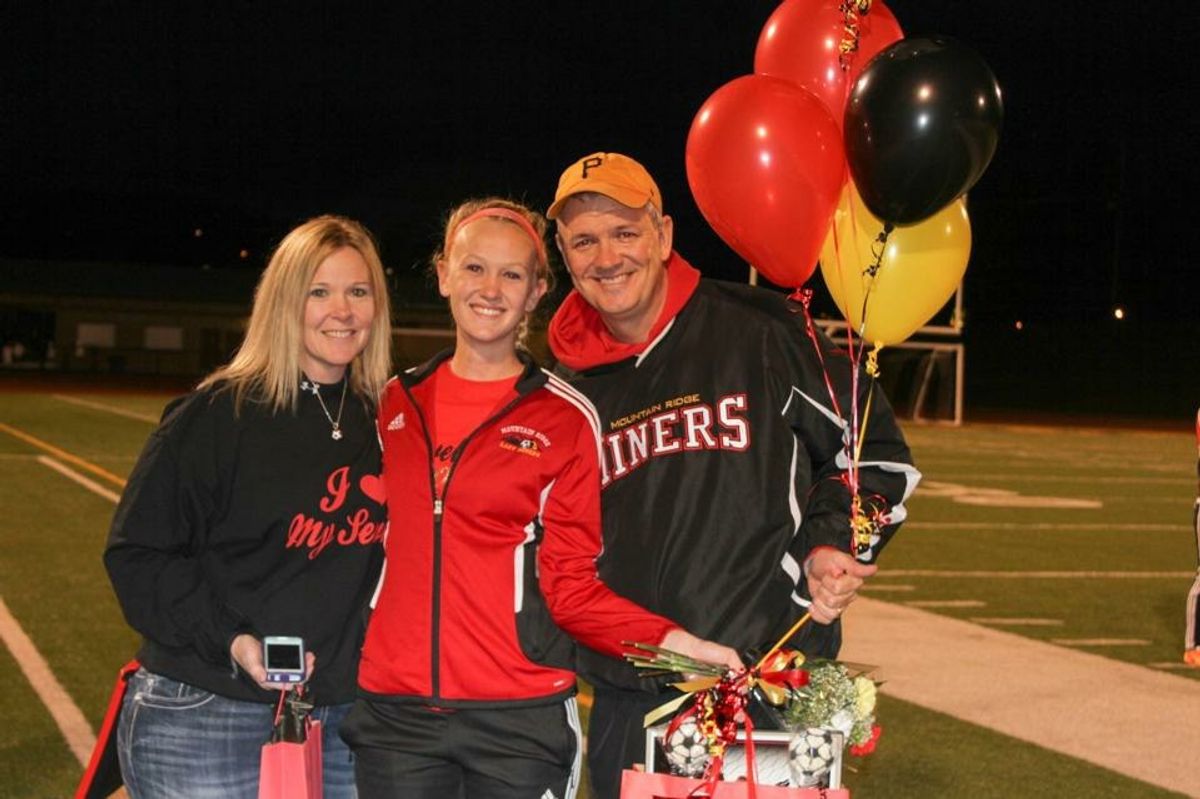 A Dad is someone who is your role model, your best friend, your "blame it on mom" pal. Dads are great, but some are greater than others. Who are the "others" you may ask? It's easy, soccer Dads. When you eat, breathe, and play soccer... your Dad does too. From the time he first took you out to the field at the age of three, with your little pigtails, and smile burning bright, your Dad has been there. He helped create the athlete you are today and so much more. Soccer Dads are the best dads and here is why:

From telling you can't have the pink cleats because they're too girlie at the age of four, to how to throw an elbow without drawing the card, your Dad made you tough. Not only did he make you physically tough, he made you mentally tough. He taught you how to stay in the game, to stay focused, to give your all. When your mid game with your adrenaline pumping, why is it your Dad's voice you can hear over any other? Because you know he got you there.

Some girls are fortunate to have their Dad's as their coaches, to help them minute by minute to excel. Some girls aren't so fortunate. Whether he was your coach or not, your dad stayed for practice writing down the drills so he could help you practice later. He recorded games to help you learn from film. He always went out of his way to help you achieve your goals.

3. He is your worst critic.

Picture this: you just lost the biggest game of the year to your high school rival and you played like absolute crap. Do you chicken out and take the bus to avoid the wrath or do you take it on butting heads full force with Dad? If you're brave you'll go with Dad. You know despite the anger you have at the satiation, what he's about to tell you is the honest truth and only directed to make you a better athlete.

Summers are filled with endless drives to tournaments who knows where. He sacrifices his weekend to be surrounded by 20 other girls and trapped in a hotel room with your soccer bag that smells like something died two months ago. If that doesn't deserve an MVP award then what does?

5. He explained the game to your mom so you didn't have to.

We all know Mom is clueless even though she tries. You've been playing the sport since you could walk and she's still trying to figure it out. Luckily enough, Dad is the one who has to sit next to her at games.

6. He adopted 20 other girls as his daughters.

Pre-wrap runs, team dinners, endless carpooling... your Dad has mastered the art of having an additional 20 other girls running around his household. He cracks jokes endlessly trying to fit in, claiming he's the coolest of them all. But all in all, you appreciate the efforts he makes despite the embarrassment.

Your Dad will never give up on you. Not only on the soccer field but in life. He has proven it to you in so many ways. He will be at every game rain or shine, starting or right bench, he will come. He will go crazy when you accomplish things small or large. He is a soccer Dad and he loves you unconditionally. To all of you soccer dads out there, thank you!