13 Signs You Might Be TOO Close With Your Roommate
Odyssey

13 Signs You Might Be TOO Close With Your Roommate 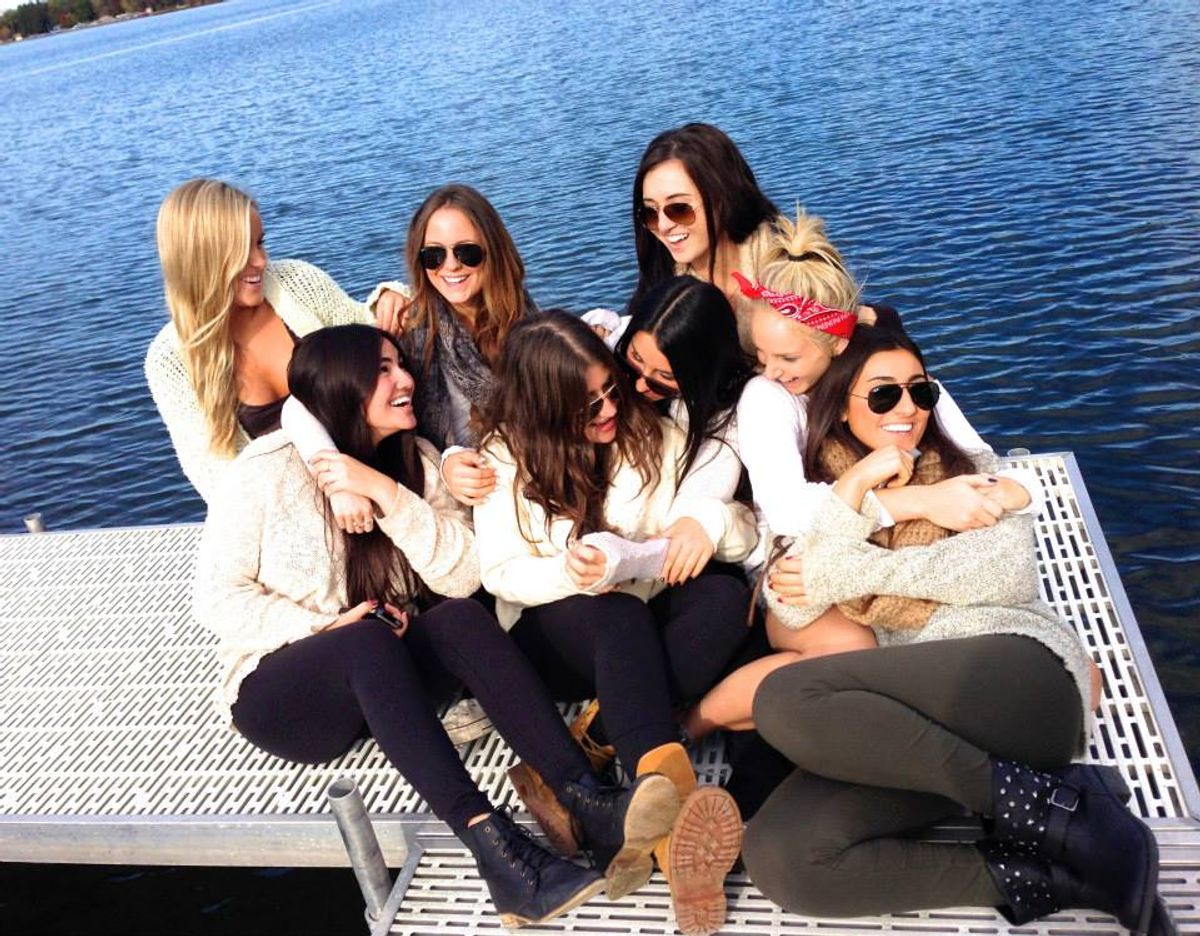 After living with your roommates for a few months, boundaries are pretty much non-existent in your household.

1. You crawl into bed with them.

Even under the covers. After Saturday afternoon festivities, you crawl into your roommate's bed once you get home. Obviously, you share your Will's and wrap yourself in her comforter while watching your Snapchat stories together. Best part? Neither of you think it's weird.

2. You're their second mother.

You embody a maternal instinct for your roommate. You know all of the things to make them feel better. And you know something is up when she isn't acting like herself. Allergies? Second shelf to the right dude, I got you.

3. You are greeted enthusiastically...

...every single time you come home, even though you were only in Calc for an hour and twenty minutes. Separation anxiety.

4. Their significant other loves you just as much as them.

There is no such thing as third-wheeling. You know too many details about their relationship. Sushi Nara tonight? Table for three.

You don't ask to borrow their bandeau and sweater, you just take it. But it's OK, because you basically have one giant closet. She'll let you borrow anything, even the special scarf her grandma made her.

6. When you arrive home, a little looser than normal.

They know the routine, pretzels, water, pillow for the bathroom floor. Take her phone, Tom does not need to know how much she loves him.

7. No judgment on appearance.

You come downstairs with your hair standing straight up and no pants on, every morning. She encourages you to wear that way-too-short-of-a dress out. In fact, she'll even be caught dead in Starbucks with you in last night's clothes.

8. You're blunt with each other.

There's no passive aggressive roommate tension. If she does something that bothers you, you tell her straight up. Storming in and yelling at her to clean her mac 'n' cheese bowl in the sink is the usual, but normal routine. You tell it like it is.

The leftover Chinese in the fridge, she brought it home for you. You share drinks at the bar, no need for two straws, you are past that point.

...that people have completely stopped following you on twitter. No one gets your Instagram caption, and people can't hold a conversation with the two of you together.

11. You know way too much about your personal problems.

No need for explanation.

12. You text them when you're in the same room.

If they are upstairs studying while you're cooking dinner, communication hasn't stopped. A constant conversation is going, even when you're one room apart.

13. You didn't know being TOO close was a thing.

Between walking around in your underwear and picking out which flavor Starbursts she doesn't like, it never crossed your mind that maybe you have no boundaries.

But being too close is okay with you two.

Emma Hyatt
1136
The Truth About My Parents' Divorce