6 Netflix Original Shows That Were Canceled WAY Too Soon

6 Netflix Original Shows That Were Canceled WAY Too Soon

I'm looking at you, Netflix. 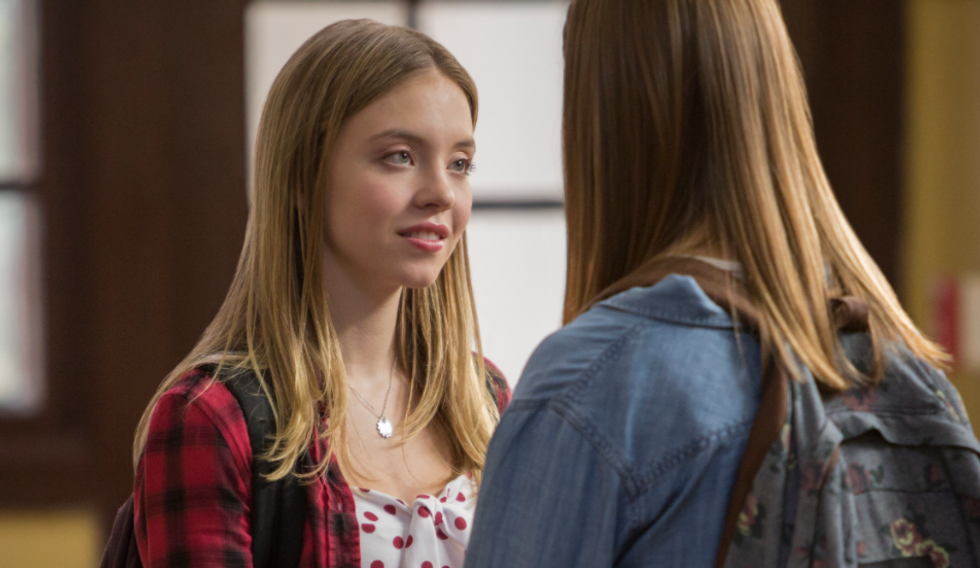 It is nearly impossible for a show to air for the perfect amount of time. Too often, shows either go on for too long and the quality declines, or the show ends far too early.

There are few things quite as devastating as logging onto social media to find that a show you love, a show that you've been anxiously waiting to return, has been canceled. Netflix is infamous for this.

Many of their shows, even successful ones, have been canceled and met with significant backlash. There's an endless list of shows that deserved a longer run, but I have decided on a solid top six.

Recently, Netflix's "The Society" was abruptly canceled. The reasoning for this is unclear, as it was previously assumed that the show would be getting a season two.

"The Society" centered around a large group of teenagers who went away for a field trip, and came back to their hometown empty. They aren't able to leave or go anywhere but the town, and are left to fend for themselves. The show had a large cast, including one of the only deaf, gay characters on television.

There were many theories about how the kids ended up in this ghost town, many including parallel universes, but now we won't ever know for sure.

We can't talk about unnecessarily canceled shows without talking about "Anne With an E." The cancellation of this show spurred such anger online, that a whole campaign was put together. Billboards were bought in New York City, funds were started, and you couldn't go on Twitter for months without seeing #renewannewithane.

This beloved show, based off of the classic "Anne of Green Gables" books, had garnered a large fan base. The show featured people of color, lesbians, gay men, and feminism at a time in which any one of those things was a risk.

The show had a beautiful message, a talented cast, and this loss hit particularly hard.

"Everything Sucks" was a short-lived Netflix show that fell victim to low viewership. The show followed characters in a high school set in the '80s.

It explored a freshman girl coming to terms with her sexuality, a young boy confronting his father who left him and his mother, and various other themes. The representation this show brought to lesbians specifically made it popular, but not quite enough.

Despite the "Stranger Things" esque vibe, the show did not do nearly as well. Despite the cancellation of the series, many members of the cast have gone on to do well. Sidney Sweeney, for example, landed a spot on HBO's "Euphoria."

"Trinkets," another Netflix Original, was one of the lucky ones. They knew that they would be getting a last season. Despite this, I am including them on this list because they deserved a much longer run.

The show centers around three girls who cross paths at a shoplifters anonymous meeting and become best friends. The end was beautiful, but the show deserved a longer life. We deserved to see these characters develop and continue to both struggle and find happiness in each other.

"Sense8" only ran for two seasons, but it told the story of eight strangers as they crossed paths and found out that they were all mentally and emotionally linked.

The show was praised for its diversity in the cast as well as the originality of the premise. It received raving reviews from fans who craved another season, but unfortunately, it was canceled after just two.

"Freaks and Geeks" is the only non-Netflix show on this list, but its spot is well-earned. The show followed two siblings: a girl in high school who is befriending 'freaks', and her brother, who has his own gang of geeks.

The series was well-loved but was canceled after only 12 of the 18 episodes aired. The claim was that this was due to low ratings, but fans will argue that the low ratings were a result of the time slot given to "Freaks and Geeks" rather than the quality of the show. Nonetheless, the show came to an abrupt end and is missed dearly.

With new shows constantly coming out, it's always easy to find a new show to fall in love with, but these shows will always have a special place in our hearts.

Whether the show was popular or not, whether its cancellation caused a few tears to be shed or billboards to be bought, and whether it left us on a cliffhanger or gifted us with a satisfying ending, these shows deserved a better shot.