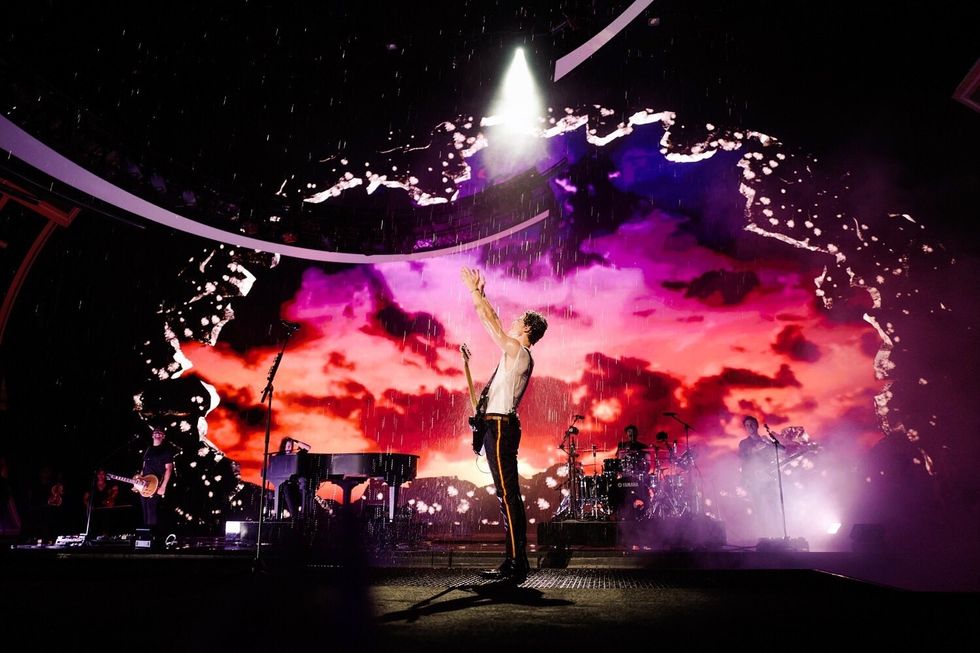 AWARDS AND NOMINATIONS (AWARDS IN BOLD)

March 21-Releases In My Blood at midnight

April 25-Releases album artwork and track listing for the upcoming album, set to be released on May 25

May 3-Releases Youth at midnight

May 11-Releases In My Blood acoustic

May 17-Releases Where Were You in the Morning at midnight

May 22-Releases Nervous at midnight

May 24-Releases Shawn Mendes The Album at midnight (When asked why it is self-titled, he says, "I wanted to stamp this moment in time at 19 because I've never felt so true to myself")

September 26-Releases Lost in Japan remix with Zedd at midnight

October 11-Releases cover of Queen's Under Pressure with Teddy Geiger

December 21-Releases remixes of Why, Where Were You in the Morning, and Youth with Leon Bridges, Jessie Reyez, and Kaytra Nada

April 24-Releases In My Blood music video at midnight

Screencap from In My Blood music videohttps://www.instagram.com/p/Bh9LTzbAkdP/

Behind the scenes of Lost in Japan videohttps://www.instagram.com/p/BpaC6f6AgdM/

May 17-Performs In My Blood on The Ellen Show

September 22-Performs What Goes Around...Comes Around with Justin Timberlake at the iHeartRadio Music Festival

Performs In My Blood, Lost in Japan, Stitches, and others at the iHeartRadio Music Festival

September 25-Performs at the GRAMMY Museum

September 29-Performs In My Blood, Lost in Japan, and There's Nothing Holdin' Me Back at the Global Citizen Festival

Performs Youth with John Legend at the Global Citizen Festival

October 9-Performs Lost in Japan at the AMAs with Zedd

Shawn Mendes clearly had a quite eventful year! He won 11 awards, released a chart-topping album, performed for Queen Elizabeth, and graced the covers of magazines. All of this before the age of 21! Shawn is only 10 days older than me, but he's 10 times more successful! What's so great about him is that he's grounded. He doesn't take anything for granted and he adores his fans. I wish him even more success in 2019.

Shawn at a hockey game in Torontohttps://www.instagram.com/p/BofqPXJgG3i/