The First 4 Seasons Of 'American Horror Story' From Least To Most Horrifying, Ranked By A Fellow Scaredy Cat

Even though it was supposed to be scary, I found myself diving within the storyline rather than fearing it. 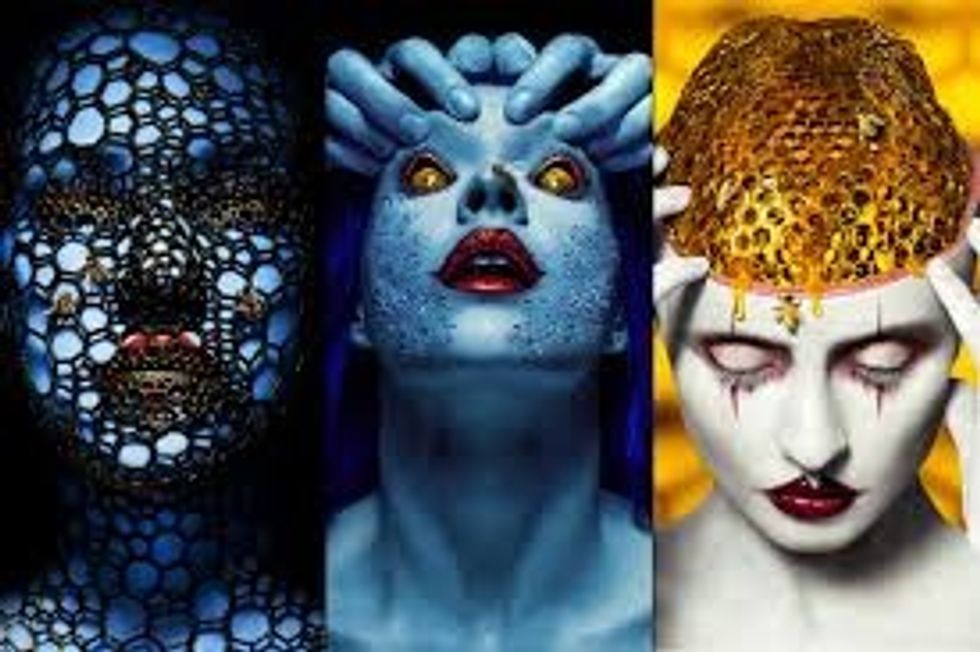 "American Horror Story" is groundbreaking for a multitude of reasons: never before has there been a television series that takes multiple storylines to appeal to the viewers. Drifting away from the classic "one long plot" television shows follow, each season begins and ends an entire set of surprises, leaving viewers on end and unable to predict the next plot twist. A classic device in horror-themed works, having that element of surprise drives in the fear factor.

Slowly throughout the different seasons and storylines, viewers are able to grow attached to characters before they are set into a whirlwind of nightmares, ranging anything from escaping a serial killer, escaping an asylum or surviving within a haunted house.

But I do caution, watching it is no walk in the park.

To help anyone else who may feel uneasy about starting to venture into the world of horror works as I once was, below is my own personal opinion about how well structured and scary each of the first four seasons were, rated from least to most scary!

This season was one of the more easier and entertaining seasons! Putting the audience inside the house of an academy for witches, we followed a small group of young girls who are beginning to learn how to use their powers in hope to find the next "Supreme," or the best within the house, as determined by a deadly test about mastering all seven skills.

Touching on topics varying from the mistreatment of minorities, female power and racism, this season serves as a powerful reminder the individual power we all hold as humans, as well as a great scare. Unlike other seasons, this season lacks jump scares. Its fear factor thrives from rooting for your favorite character to survive the trials to become Supreme and survive outside forces. As it is not necessary to watch the seasons in order, this season is a great first start for easing into more scary works.

Only slightly more scary than "Coven," "Murder House" follows the classic theme of a family moving into a haunted house unknowingly, and suffering the consequences that ensue, such as the haunting of past owners ranging from a corrupt surgeon to a serial killer. With only a few notable jump scares and major plot twists, this season finds its scare factor in the vivid descriptions, harsh, unsettling topics and pictured gore.

I caution anyone who may be easily triggered, as this season touches on substance abuse, rape, divorce and suicide.

However, beyond the uneasy topics, this season does highlight and feature many important classic aspects of horror, including the veiled antagonist, use of music and use of light/dark imagery to foreshadow. It is in this season where the major characters that follow into succeeding seasons first appear, thus attachments to these characters are grown early and further emphasize the terror in not only what is happening plot-wise, but happening mentally and physically to these characters.

I do not recommend this season to be watched first however, as the topics are heavy, and the plot twists are arguably the most unsettling out of all four seasons.

When people first think of asylums, images of torture chambers, a jail-like regime and a strict, corrupt leadership emerge along with pictures of lunatics and the most mentally insane. Taking this stereotype, this season plays on this classic image, however, makes it its own through slight adjustments to a seemingly obvious plot line to create a whirlwind of a story.

An adequate amount of jump scares are seen within this season, with many being notable but similar to "Murder House," this season also does cover heavy topics, such as the objectification of women, killing for sport, purposeful false accusations, abortion, orphaning and religion.

Set within an insane asylum turned nunnery, this season plays into trying to heal the mentally ill through God. However, is met with a variety of obstacles, such as possession, a corrupt doctor, human experiments and surprisingly, aliens. Filled with plot twists, I found this season to be one of the more disturbing I've watched, thus being "scary" in that sense. Rather than being afraid of the plot, I was afraid for the characters in the moment, thus, was both a thrill and heart-stopping in times of distress. I definitely do not recommend this season for anyone first beginning to watch horror.

As the title itself so demonstrates, this season is more than just a normal scare: it is a gut-wrenching, gore filled, horror show that covers a variety of topics that are both unnerving, unsettling and outright terrifying. Set within a small mid-western town, this season follows a plot line of a freak show passing through it; filled with oddities such as a woman without the bottom half of her body, a man with hands but no arms, the world's smallest women and two woman who share the same body and mind.

Along with the freak show, the town suffers from a series of killings by a serial clown named "Twisty" who wears a terrifying mask and travels around the town silently. Although this season may not have a large amount of jump scares, the ones that do appear are terrifying, thus, watching makes the viewer feel the need to be alert and ready and alert for the next one at all times. I had the most trouble getting through this season, as I found it both the most terrifying and heart-wrenching for the topics covered within it: killing for sport, kidnapping, mental illness, ghosts, abuse, etc.

One of the most notable: viewers are able to see and witness the mind of a rising serial killer from childhood to ultimate demise, a plot line so unsettling, I had to break up the season over a series of weeks. Without a doubt the most scariest season out of the first four, I highly do not recommend this season for first time watchers.

Although horror may present to be a threatening genre, there is beauty within the gore and scare-factor. Elements used by characters to enhance the story line, like facial expressions or the adjustment of body language, only add to the story and ultimate plot of their characters and the season. In a way, it is beautiful to see such a wide variety of factors fit within each other as if puzzle pieces and reflect about a season's end and admire the grander picture.

I do hope this article helps anyone wary about beginning to watch horror, but I also hope they are able to loose their fear and find the beauty within this genre of art as I have as well.

american horror story
Report this Content
This article has not been reviewed by Odyssey HQ and solely reflects the ideas and opinions of the creator.