Yes, It Took Me 21 Years To Get Over My Fear Of Rollercoasters

Yes, It Took Me 21 Years To Get Over My Fear Of Rollercoasters

There's nothing like screaming in terror and crying in laughter at the same time. 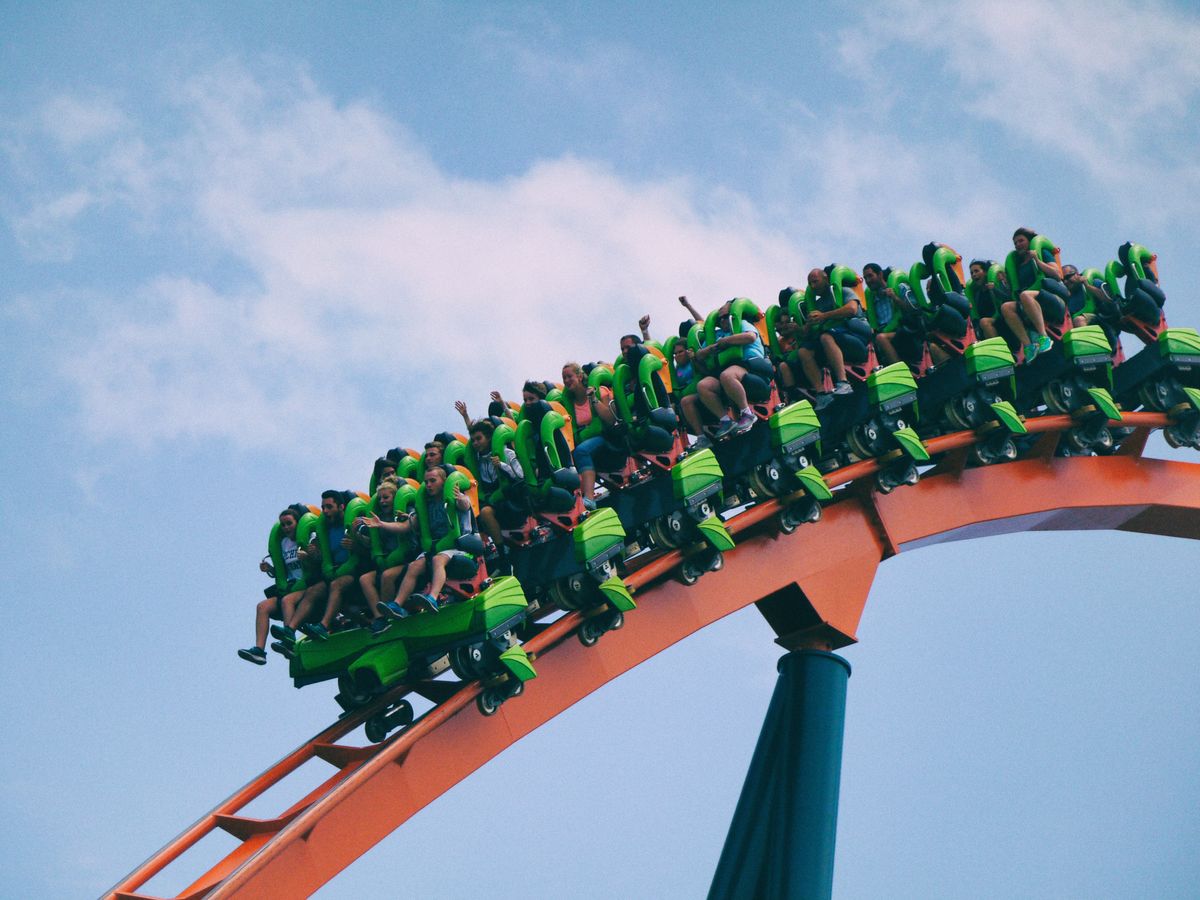 Facing your fears is a big feat for a person to try to conquer.

Yes, rollercoasters have been one of my most terrifying fears. The thought of being locked into a cart, traveling at high speeds through the air too many feet off the ground, and not knowing what turn is coming next is absolutely not on my bucket list to do before I die. To me, riding a rollercoaster means death. I am not being dramatic; I am deathly fearful of those things.

So as I said, riding a rollercoaster is not on my bucket list. I have never had the interest to face my fear... until spring break of 2018.

My boyfriend decided it would be a great idea to gang up against me with my best friend and her boyfriend at Universal Studios in Orlando. I told him in the car before that I did not want to ride any rollercoasters. But being the angel he is, he decided to turn against me and team up with my dear friend and her boyfriend, becoming persistent in trying to convince me to ride the famous "Rip-Ride-Rocket" rollercoaster.

My friend said, "Come on, you're a strong, independent, life-chasing 21-year-old. You can ride a rollercoaster." And my friend's boyfriend said, "It is really not that bad, and it is less than a minute, so you won't even realize it has started before it ends."

Both were very good at convincing me, I give them an A for effort. What really sealed the deal for me was when my boyfriend said, "If you ride the rollercoaster, I will buy you the biggest bucket of popcorn and as much butter-beer as you want." I immediately turned to the rollercoaster and began my march to the ride. I stalled multiple times, but my mind was made up. I had said yes to death – all for my friends.

Turns out I did not die. With my friend next to me holding my hand and our boyfriends behind us, we soared up into the sky, plummeted to the Earth, and went spiraling around to the tunes of Fergie's "Fergalicious". I lost a lung from screaming so hard, and I think we were all on the ground crying out of laughter while watching the replay video.

After all the unnecessary hype of nerves, after all those years of fear left my body through my screaming, and after we howled at how embarrassing I was, I realized I had just ridden my first rollercoaster. And I had survived. I now understand why normal people love them so much. I respect the art of the collaboration of fear and fun. And I will still happily decline ever riding another one again.