Kill The Yearbook? Dear Rider, How Dare You
Odyssey

Kill The Yearbook? Dear Rider, How Dare You

Don't you dare blame the students. 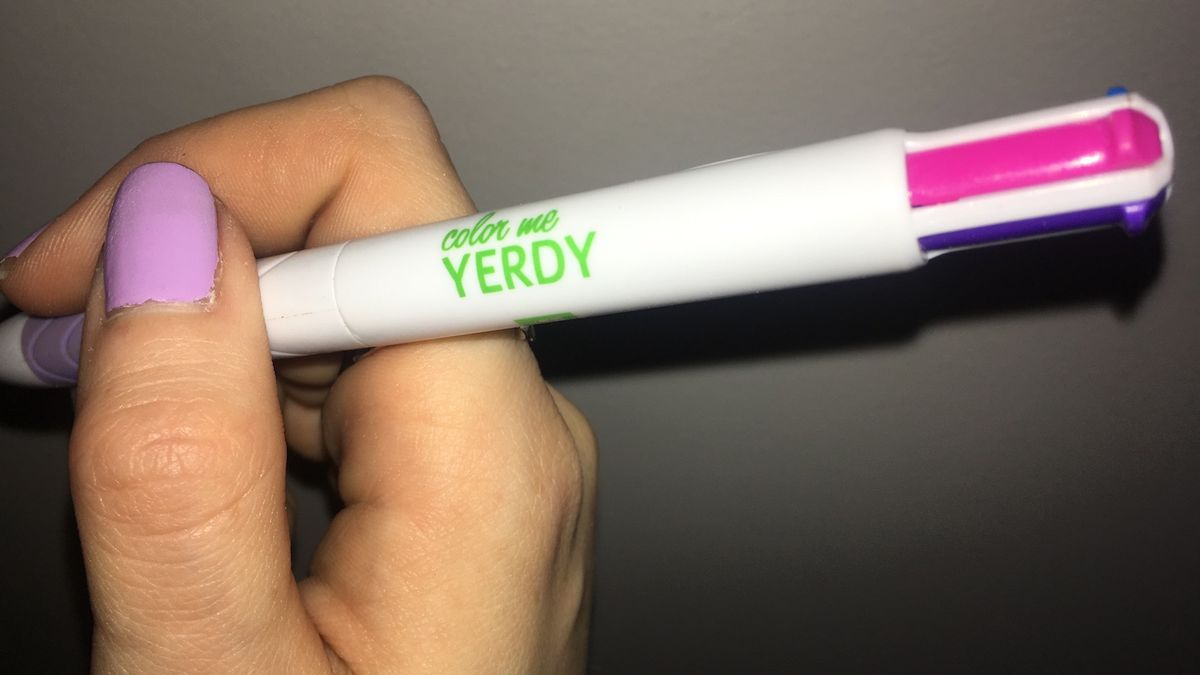 For as much as I hated high school, there was one thing that made my final two years significantly better than the first two. Yearbook.

Though I should add, I hated that at first too.

Junior year, I signed up for journalism as one of my electives. I was always passionate about writing and I knew the earlier I took classes to focus on it, the better. I walked into class on the first day and the teacher immediately began talking about the plan for the yearbook that year, themes they had started discussing, layouts and ideas for the students to be featured throughout the book.

I could feel my face turn white and I panicked. This was NOT the class I signed up for. As soon as the teacher sent us off to do individual work, I approached her to make sure I was in the right spot. I was. My journalism would be used to be one of the writers for the yearbook.

Fast forward to the end of the school year and I'd heard whispers from other yearbook kids that our teacher was going to ask two of us to be the co-editors-in-chief. Once again, I panicked because I'd been told I was one of the two. I dealt with one year of it because I was already enrolled, but I didn't want to do it again! I especially did not want to sign up knowing I was signing myself up for more work, more hours and a much bigger commitment.

I practiced saying no.

Senior year, the majority of my time was spent on all things yearbook. And I absolutely loved it. I loved planning spreads, I loved coming up with people to interview, I loved making the list of senior superlatives and I loved getting out of my comfort zone and talking to so many people I would never have otherwise.

When I got to college, I knew I wanted to stay involved with yearbook. I reached out to the person I found out was in charge of yearbook at Rider and I set up a meeting with him to talk about my experience and interest in continuing.

I remember our first meeting. It was great. I quickly learned I was one of maybe three or four employees who would be working on the book. I thought to myself, that's an awfully small group, isn't it? But I took it with a grain of salt and moved forward. Yearbook in high school was a class you signed up for. Yearbook in college was a job you got paid for. I didn't see a downside. I was getting paid to do something I was passionate about.

It didn't take long for me to become a leader within yearbook at Rider. I didn't mind reaching out to people and I was already getting used to my newly found outgoing personality. I quickly recruited one of my friends, Emily, who had also done yearbook throughout her time in high school.

We were a power team. We spent countless hours together in our dorms, with study rooms at the library and working around campus to make sure the book reflected our efforts.

We were dedicated. We were passionate.

We were taken advantage of.

I've been processing the news of Rider discontinuing the Yearbook for about 24 hours now. I still can not believe it. We live in a world where physical print is dying out. But one of the staples, one of the constants, has always been a yearbook at the end of the year. A physical book to show people as you reflect and talk about your college years.

Rider has decided to take that from us with little to no student input.

Well, I have a platform, I'm a student and I'm using my voice.

As Megan Lupo so graciously points out in her article published in the Rider News, Rider's yearbook has been acknowledged and won awards from the Columbia Scholastic Press Association.

I thank Megan for her coverage of this topic and for reaching out to those who had a say in the decision.

More than one person stated the biggest reason for discontinuing yearbook is lack of student involvement.

How dare you try to blame students when we sat by and watched you drive our book into the ground.

I distinctly remember the week before spring break my sophomore year.

Emily and I had worked incredibly hard to make sure a significant amount of progress was made before we went into spring break. We wanted to beat a record for the earliest submission of the book. We figured if we could submit it a day earlier every year, eventually we would be on track and have it running smoothly.

A few days before spring break, our login information no longer worked. We couldn't access the book.

We reached out to Peter Borg, the yearbook advisor at the time, and Caren, our representative at the yearbook company, to find out what was going.

I don't exactly remember their reasoning, or perhaps they never gave us one.

The week after spring break, we were finally able to get back into the book.

Every layout, every spread and every effort we had made was gone.

This was no longer our book. We didn't recognize it.

I didn't hesitate to say something.

A yearbook is made for students. It's not made so the yearbook representatives look good or just something that's thrown together. It's for us.

So if you've got a group of students willing to work hard and put the time in to make the book our own, why was that all deleted?

I got an email from our rep saying all the layouts had been updated and access was given back to all staff members. That didn't answer the question: why was it taken away to begin with?

We never really got an explanation.

It's interesting to read that the advisors didn't want to do all the work themselves.

Emily and I were there. We were committed. We did our work and we did it well. If no one wanted to do the book on their own, why was all of our work deleted without so much as a heads up?

Rider, you have taken one of my most prized possessions from me.

I treasure my yearbooks, even more so since I got involved with the work that goes into it.

Perhaps the book would have lasted and a staff would have stuck around if we were given the creative freedoms we were promised.

It's sad that my high school staff was given far more independence than a college staff.

I've been looking forward to seeing my senior book since I was a freshman and got to work on other books here.

But I truly felt I had no other option except to walk away when I realized none of my opinions were valued. For a book that was supposed to be for students, we sure didn't have much say about what went in it.

I give Emily major kudos for having the stamina and determination to stick by yearbook for another year after I left.

I no longer had it in me to sit back and watch all my work get deleted.

I needed to walk away from what was becoming a toxic environment.

To Rider seniors, it seems they've added a charge to graduate while also taking our yearbooks away.

They have nothing to do with each other, but it's funny how it has worked out.

Whether you were looking forward to a yearbook or really didn't care, I'm sorry you won't have this keepsake to hold onto.

I'm sorry Rider has taken this away from us without any student input.

Graduation is in less than two months. I am not afraid to speak up about the behind-the-scenes of yearbook. I have nothing to lose. And those of you who were looking forward to getting a book deserve to know about it.