To The Florida Teacher Who Won’t Respect His Students’ Pronouns

To The Florida Teacher Who Won’t Respect His Students’ Pronouns, YOU'RE The One Who Needs Education 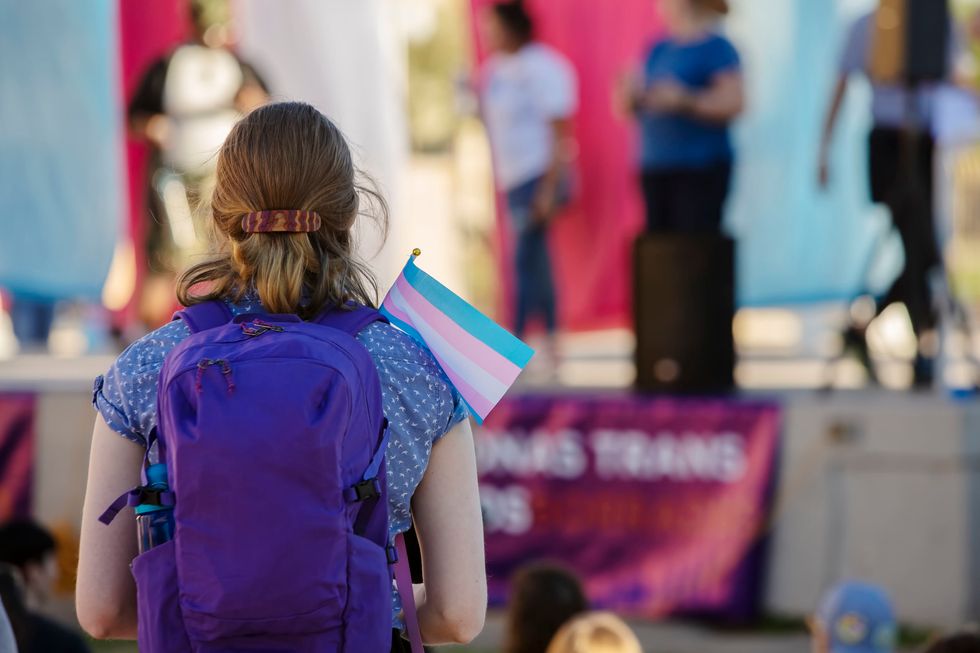 In Jacksonville, FL, a math teacher at a Duval County Public School is under fire for refusing to use a student's preferred pronouns, claiming it was a deal-breaker.

Reading the comments after a news station reported on this incident although it occurred in a separate state, fueled my rage and the amount of phobia and comments supporting the teacher had me appalled and disgusted. If you ask me, this teacher should face consequences such as suspension and mandatory safe zone training because they are to teach, not to judge.

Not "believing" in the LGBTQ community and gender identity and people's preferred pronouns doesn't mean you can't respect them by addressing them the way they want. It does not mean you are treating them specially.

Everyone has the right to freedom of speech. But that doesn't mean you get to disrespect someone because you do not agree with them without blowback.

We should go further. If you work in a public job with other people — especially students — you should legally not be allowed to deny some things like using their preferred pronouns or administering medical treatment because you think it is morally wrong.

A Christian would not deny someone spiritual service because they got divorced and that's also considered a sin — so what makes this any different.

There are a lot of things we go out of our way to do to be polite that are more or less arbitrary. What makes this one different besides the fact that we weren't raised to do it, and that there is no long-held cultural expectation?

If you work directly with anyone in the general public, your job is to provide services to them. Your personal beliefs and values have no right to interfere with the way you work.

If you do not understand why someone who may look male, prefers to use she/her or they/them or whatever that person may want to be called, have some respect and use those pronouns anyways. These students and adults are not "mentally ill." Treating some transgender, genderfluid and anyone else who uses different pronouns from what they stereotypical look like, are still human and every human deserves to be treated with respect.

There is no difference between calling someone named Richard "Dick" or William "Bill." If your cis-gender friend named Samantha preferred to be called Sam, would you throw a fit about how that is not who she really is? Most, if not all, would have no problem calling someone by their nickname. Then why is it so hard to talk to someone using their preferred pronouns?

If you find it hard to respect transgender or non-binary or anyone who's pronouns may not be what is stereotypical, more so than using the pronouns the way you respect anyone else, I'd suggest looking in the mirror and asking yourself if the label "fundamentally decent human being" or "Christian" should actually apply to you in the face of your ability to treat people with basic and common courtesy. If that statement makes you angry or uncomfortable, it should. The person you need to be angry with is also in the mirror.

I know many people may attack me for this belief and that is OK. Not everyone has the same opinions and that is OK as well. What is not OK is treating someone horribly or having no respect towards someone as a fellow human because you do not agree with them.