Some things you just never forget. 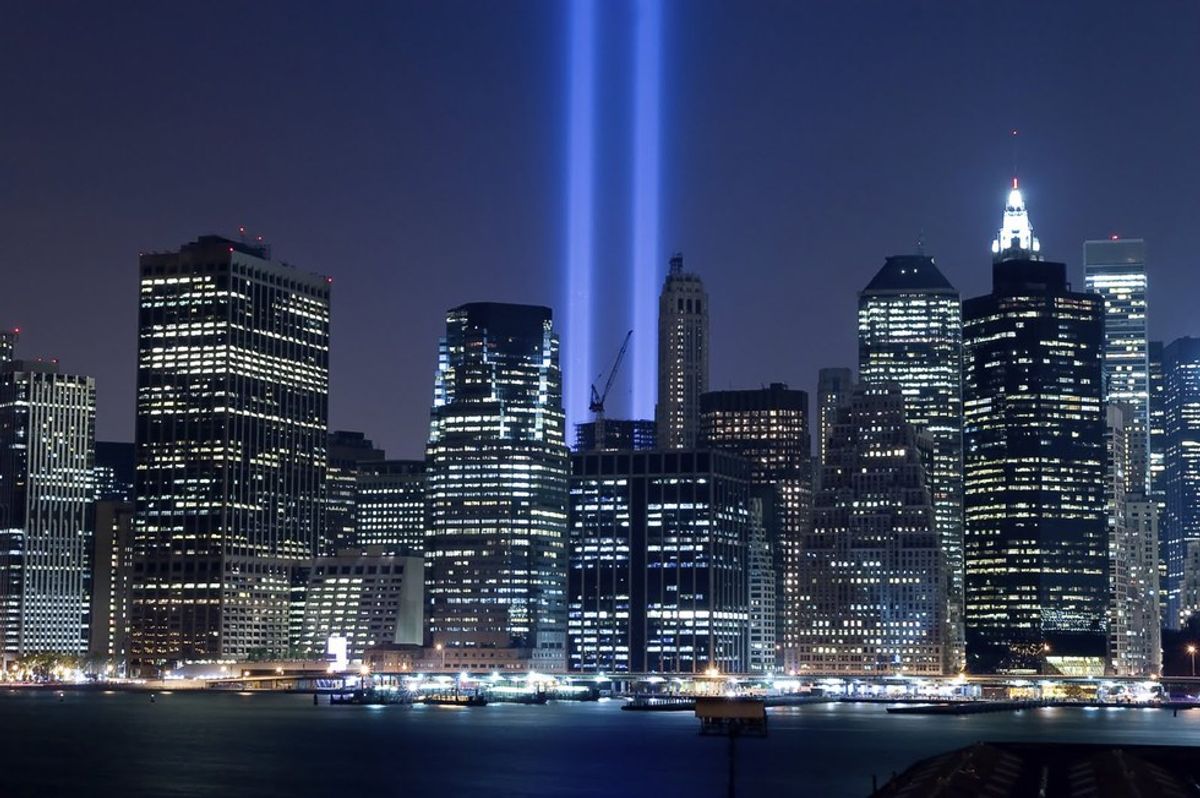 I was five when the Twin Towers were blown to bits out of the New York City skyline.

I was in my favorite teacher's classroom, surrounded by the only other children I really knew, and my best friend.

We were watching Between the Lions, which may mean nothing to you if you grew up watching Disney or Nickelodeon children's programming. My elementary school watched PBS almost religiously, right after naptime. Between the Lions was a fan favorite of my particular kindergarten class. Fluffy lions came to life right before our very eyes via masterful puppeteers and read books to us; only fitting considering the Sesame Street wanna-be was set at a public library. It was peaceful and yet captivating to watch puppets – though we assumed them to be real-life lions - tell classic tales like that of Icarus and Cliff Hanger, an adventurer who was dangling off the side of a cliff every time we tuned in. Cliff Hanger was the most tension – the most fear – we every really felt at the ripe old age of five.

We'd been left with the other kindergarten teacher from across the hall. We hadn't thought much of it. We were still too busy watching elderly lions give spelling and language lessons to think anything had gone wrong.

I remember I had looked away from the television show for only a second – even though I don't quite remember why – and it was in that fraction of a second that the mood in the room drastically shifted.

My kindergarten teacher had come running in, panic and confusion written all over her face, and darted over to the TV. She made a concerted effort, it seemed, not to scream.

"Something's happened," she said. "It's all over the news."

Without thinking, she changed the channel. With that one press of a button, our childhood ignorance and innocence was about to fade.

To be fair, that thought had never occurred to us either.

I remember the little boys in my class had thought it was an action movie. They'd already been desensitized to violence at an early age, most likely from their older siblings or worry-free parents who let them watch violent movies, thinking: 'It's no big deal. Nothing like this will ever happen in real life. Not to them. Not to us.'

One little boy whose name I've forgotten with the passing of the years had shouted out: "That's so cool!"

It wasn't his fault, really. He didn't know what he was looking at. He hadn't been alive long enough to take a lesson in sensitivity, let alone a lesson in terrorism.

My best friend, who stayed clinging by my side, could not take her eyes off our teachers. She didn't know what was happening on the TV, but she knew for certain she didn't like it. As she watched our teachers' fear consume them and tears trickle down their cheeks, she hollered at our classmate to shut up. I'm not ashamed to say I joined her.

We knew - even at that young age – we knew something was wrong. That whatever was happening before our eyes was real, and for some reason, it was upsetting the teachers we admired so much.

None of us knew what Al-Qaeda was, or even that there was a world outside of the small Virginian town where we lived. We did not know that there were people out there who wished us dead or that they had targeted one of the biggest cities in the country with the most significant population.

One of the teachers let out a small wail as the second plane hit the building, fire and smoke gushing out the sides of the skyscraper. After that, I remember the television set going black. We were told to try to get back to work – probably coloring or addition and subtraction – and I thought it was over.

Every September 11th afterwards, I can remember people asking one another where they were when they got the news of what had happened. I remember responding that I had been about five years old when it happened, and being told I was "too young" to remember it, at least not in full, clear detail.

But I remember where I was. I remember who I was with, how I eventually learned what had taken place and why; I remember how I felt, how everyone around me reacted and felt. I remember realizing, for the first time, that the world was not as happy and loving as it seemed on my PBS programs.

While I may not have understood it then, it does not mean it was not imprinted on my brain and my peers' brains as well.