I will never do this to my children 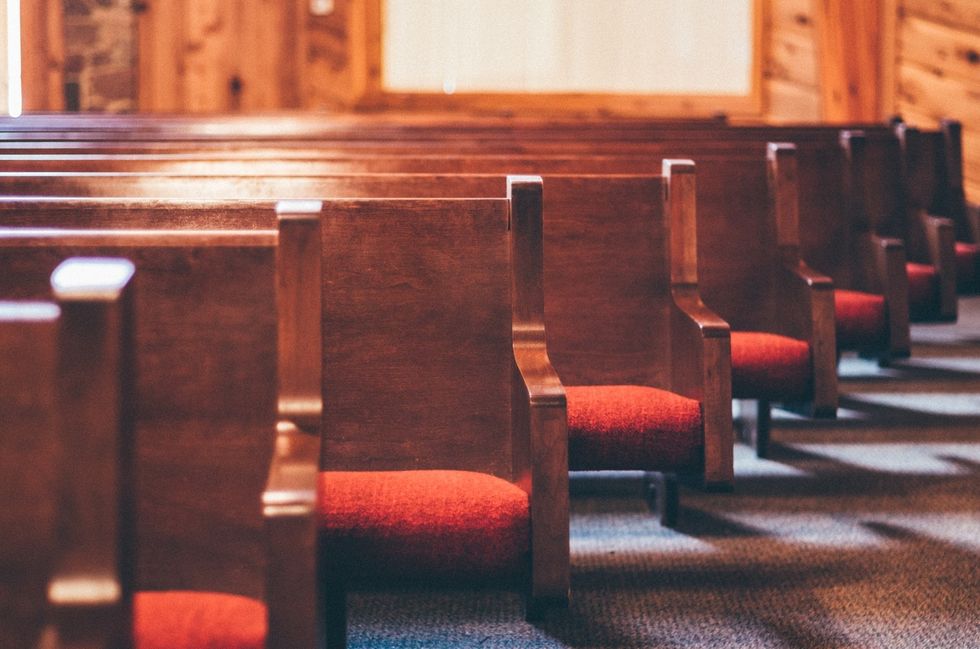 "He that spareth his rod hateth his son: but he that loveth him chasteneth him betimes" (Proverbs 13:24).

This should be the catchphrase of the 'church' I attended. Forewarning, I'm not going to include real names of the church or people involved. Those who know the real names just know but I'm not going to give this place the publicity that it wants but rather an insight to the twisted stuff I went through as a child that they knew of but said nothing.

The people of this church really pushed this verse onto my mom. She already had a temper and was just a very angry person. Granted, she didn't have the best childhood herself, so her temper and anger have been with her since she was little. That also doesn't give her an excuse for the things that went down.

Karen and Brenda *real names changed for safety purposes* would push and push until she broke. Her abuse was existent even before we moved to Georgia. It wasn't as bad, but it was there. These two women made it worse. She took what they said to heart and really did her part. It started out with just yelling at us for no reason. If we did anything wrong or anything that upset her, it didn't matter what time it was, we were dragged to Brenda's office and scolded and punished.

One time my brother spilled his drink onto his plate of food, and he laughed. Laughing was obviously not the best choice because that made her especially angry. She dragged him down to the church and we sat there until past midnight while they punished him. Another example is my brother and I got into an argument about whether peanut butter should be kept in the fridge or not. That upset my mom and we were dragged into the office before school and I was paddled and so was my brother. I mean, I was 10 and it was peanut butter.

Eventually, they got tired of my mom dragging us down to Brenda's office or Karen's house (which was built on the property as well as Brenda's office was in the school) whenever we did something bad, so they practically gave her classes on being a 'parent.' They told her that children were to be seen and not heard, which is a common phrase, but also that we needed to be beaten into submission. They explained stories of how they were punished until they were "black and blue" which is an exaggeration of course, but sometimes deaf people don't understand idioms. So, she took that to heart too. If one of us even looked at her wrong, we would be taken into her room and beaten until we couldn't even stand and had no tears left to cry. Screaming didn't help because she was deaf. It got to the point where I would find myself hiding in a pile of clothes in my closet for fear that she would find me.

The thing is, I was a preteen. I did things that any preteen would, like take some of my mom's makeup or cut my hair (my bangs). She hated that. I was labeled a thief and a liar throughout this church community. She hated everything I did. She would scream at me the same sentence over and over: "What do you think Karen is going to think? That I'm a terrible mom. She's going to blame me because you're a terrible daughter, I hate you." She always said that. My mom idolized Karen and Brenda and did everything they said.

Brenda, Karen and Karen's husband, the founder of the church, Ronald, knew that she was doing it too because I told them. Did they do anything? Nope. They did their best to help, I'll admit, but they never reported it to anyone nor did they interfere. I was given a cell phone and told that if my mom got in her moods or was angry I was to call Karen. So, I did. It didn't do much because she would only console me over the phone and just ask if she needed to come down here and calm my mom, and I always said no. If my mom knew that they knew she was hurting us, obviously it wouldn't end well.

How did religion ruin me? Well, the verse I began this article with. All in the name of God and Jesus Christ.

This is a bit of information to take in, I know. I want people to understand the level of pain that my siblings and I endured and, honestly, the pain my mom was going through as well. Not only did these people bully me, a 10-year-old, they also bullied my mom. They criticized her and made her feel small. They continued this for 5 years. The rules got worse as the years went on, and the abuse got worse. I lost my mom along the way and at the end of 5 years, I lost her altogether.

This place specifically ruined religion for me. My next article will be about how they advocated for my dad's arrest and the court cases that go on.