The Moral Case For Vegetarianism, Explained By A Meat-Eater
Odyssey

The philosophy of vegetarianism is not about animals, it's about humans. 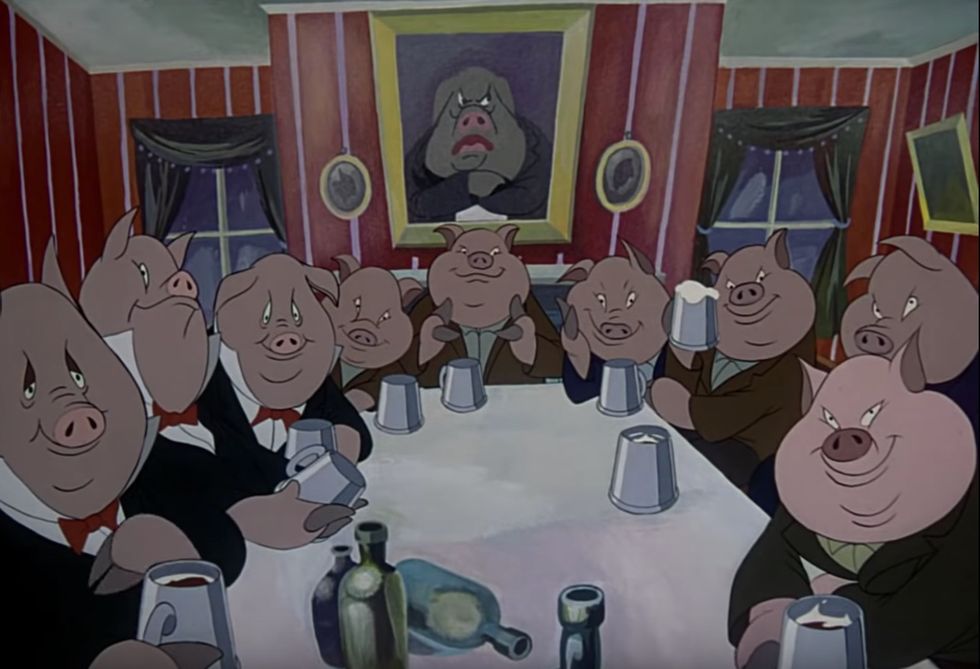 Let me tell you that PETA kills animals and not for their own justified humane reasons. According to one man, they've kidnapped a dog. And their brand of promoting vegetarianism simply isn't the right way to go about it, for reasons I feel are unnecessary to explain.

But, they do have a point. I think they just do a terrible job of explaining those points. Arguments for vegetarianism are really not just "eating meat is evil," or "think about the mothers of the cows you're eating." No, going vegan or vegetarian is really a conversation about our deeply held social norms and the inconsistencies of the answers regarding the treatment of animals, humans included.

Back in 2014, an Indiana man murdered his ex-girlfriend and proceeded to cook her brain, heart, and lung. While the man was held in police custody, PETA sent acting Clark County Sheriff Meyer, a peculiar letter: provide him exclusively vegan meals. For some, this would be a punishment, "don't you dare take away my meat." But for others like the Sheriff, the letter "[was] an insult" — as if to equate animal meat-eating with human meat eating — and this is exactly the point that PETA makes. Eating human-meat is equivalent to eating non-human-animal-meat.

One instinctively would think that is a crazy proposal. Why? Well, it is just wrong to eat humans, no doubt about it. Why is it wrong to eat humans, though? I'm just as good as a source of protein and nutrients as you are. If we remove all constructed norms aside, you are fair game, like the cows on the fields are.

A little sidetrack: humans have eaten other humans in the past—and there was nothing wrong about it. Humans throughout society would eat other prisoners of war and the Aztecs systematically slaughtered humans to be sacrificed to the gods and eaten. What changed? Well, we developed a system where we could grow an abundance of food, a system where humans would be significantly less valuable as food and significantly more valuable as producers of food.

Agriculture gave us a choice other than eating humans, and we chose the better option, not eating humans. Still, that doesn't tell us why it's wrong to eat humans. It's wrong to eat other humans because you are my equal. All humans are equal. Whether you're a male or female, gay or straight, immigrant or citizen, tall or short, old or young, and the list goes on. There's no difference, no one is more superior or less inferior.

But, let me make a distinction here. Equality doesn't mean everyone should be treated the same way, that would be absurd. Have you ever heard about a movement campaigning for the right of a man to get an abortion? No, but maybe you would want to campaign for a man's right to additional paternity leave. Equality means equal consideration, meaning that women should have the right to choose what they want to do with their bodies, as this gives consideration to the fact that women have a womb, while men don't.

So, why shouldn't I eat you? Because eating you means that I think that you have some feature that allows me to slaughter, cook, and consume you. This certain feature means that you are less deserving of not being eaten and cooked and consumed. This feature might be your skin color, or hair texture, or your accent. And if you think that no rational human would consider those features as contenders of being eaten and cooked and consumed, think again.

White slaveholder Americans never ate their slaves, not on a widespread reported basis at least. But the white slaveholder did think the slaves had a certain feature that justified their enslavement and brutal punishment. Here are the features to be a slave: you must have dark skin, curly hair, and a non-settler accent. These features are the qualifications to be a slave, and the definition of being a slave means that I do not have to treat you like a human. And when it did come to life-or-death situations, these features did lead white slaveholders to eat their slaves, first.

The Civil Rights and Feminist movements showed the world why being an African-American or an American woman why they are just as human as the white American male. You cannot pick features x, y, and z and have those features explain why those disqualify one from being treated equally.

Why don't we choose intelligence as a feature for superiority? That means the world would be enslaved to Neil deGrasse Tyson. But why Neil deGrasse Tyson as a standard, specifically? Couldn't we choose another standard of intelligence, say the IQ of Albert Einstein or Stephen Hawking? We cannot decisively draw a line to say, "this is superior" and "this is not". When the white slaveholder was trying to decide what made a slave, it was rather difficult to draw the line saying "you must be this dark to qualify as a slave." Indeed, "colored" and "not-colored" proved to be a difficult distinction. Some states passed one-drop of African blood laws... meaning of course, that every single living human on earth qualifies to be a slave.

Which is why it is questionable when we tell ourselves that we are "superior" to non-human animals. The reason we can eat non-human animals is apparently because we have features x, y, and z which non-human animals do not. We tell ourselves that we're more intelligent and that we can think rationally. Well, dolphins got echolocation, and we don't. I think they're more superior since we've only developed sonar technologies in the last century, while they've had that for 40 million years. Bats aren't blind, but they can see better in the dark, and some species can even detect ultraviolet light — while we can't. For whatever single feature we try to come up with to make the argument why we are superior, there will be another feature telling us we aren't.

If we can't find any feature that makes us objectively more superior, then non-human animals are equal to human animals, a case made by Australian philosopher Peter Singer's "All Animals Are Equal." What is that uniting factor, that all animals share, that can render all animals (including humans) equal? All animals feel pain. It doesn't matter to what degree they feel pain, but all animals feel pain, and would not want to feel pain. If we have a duty to spare an African-American from the brutality of slavery, then we have a duty to spare the chicken from a life of incarceration and torture.

I still eat meat, and yes, I have tried to stop eating meat. But it is so hard. We have the option to abandon meat because we have the 21st-century resources to abandon meat unlike the days of Aztec cannibalism. That is why I say, "I'm a bad person," and it is alright to say that. And I mean that, not in the sinister "I ate my mom for breakfast" kind of way, but rather as a type of acknowledgment. It is an acknowledgment that I eat meat because culture and norms say that meat tastes good, just like the culture and norms of the past said that slavery was alright because they are not humans, or that women can't vote because their place is in the kitchen.

vegetarian vegan
Report this Content
This article has not been reviewed by Odyssey HQ and solely reflects the ideas and opinions of the creator.