You May Not Be Able To Fly After January, 2018
Odyssey
CurrentlySwoonLifestyleHealth & WellnessStudent LifeContent InspirationEntertainmentPolitics and ActivismSportsAdulting
About usAdvertiseTermsPrivacyDMCAContact us
® 2023 ODYSSEY
Welcome back
Sign in to comment to your favorite stories, participate in your community and interact with your friends
or
LOG IN WITH FACEBOOK
No account? Create one
Start writing a post
Lifestyle

Is your state compliant with the Real ID Act? 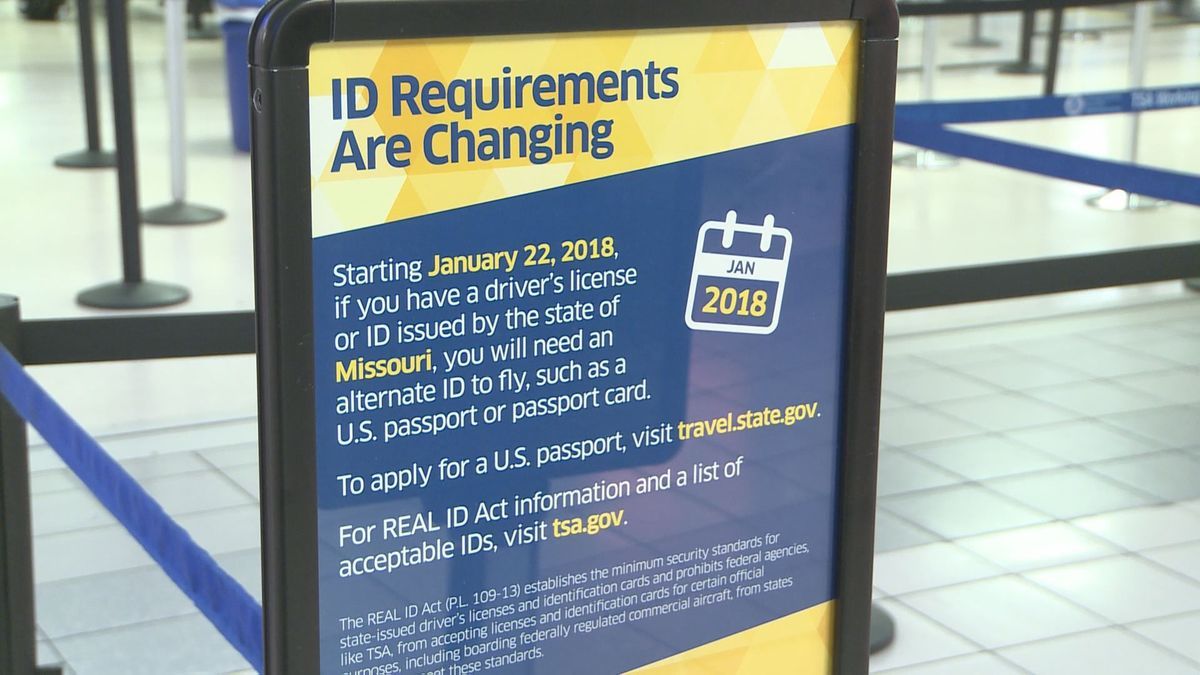 If you've been traveling this summer, you're bound to have noticed these TSA signs at the airport:

But what do they mean?

The Real ID Act was signed into law by President George W. Bush on May 11, 2005, largely as a response to the 9/11 attacks. The Act establishes the minimum security standard for state-issued driver's licenses and identification (ID) cards and prohibits federal agencies from accepting licenses and ID cards that do not meet these minimum standards.

What does this mean for me?

Currently, people traveling domestically can simply present their state-issued driver's license and ID card as a valid form of identification. However, because of the Real ID Act, the Transportation Security Administration (TSA) is no longer able to accept non-compliant licenses and ID cards for official purposes, like boarding federally regulated commercial aircraft.

If your state is compliant

If you hold a driver's license or ID card from a state that is compliant with the Real ID Act, federal agencies, like TSA, will continue accepting your state-issued ID. This means you are unaffected by the law.

If your state has been granted an extension

If your state is noncompliant and has been granted an extension, you can continue using your state-issued license or ID to board commercial aircraft until January 22, 2018. After January 22, 2018, however, passengers will need an alternate form of identification (such as a passport) to travel. Although enforcement will only begin in 2018, most states have through October 10, 2017, to comply with Real ID. This 2017 date is most likely in place as an impetus for states to change their security and approval processes for identification before the 2018 deadline.

Extensions are renewable, provided the state can provide enough justification for noncompliance. After January 22, 2018, states can continue to request extensions and have to comply with Real ID regulations by October 1, 2020. Starting October 1, 2020, however, no more extensions will be granted and every traveler will need a Real ID compliant license or another acceptable form of ID to travel domestically.

How do I know if I'm affected?

If this is the law, why aren't all states compliant?

The Real ID Act only mandates that federal agencies not accept IDs issued by noncompliant states. However, states are not required to meet Real ID requirements. Many states are pushing to meet these requirements, however, to allow for more convenient travel for their residents. Even when states become compliant, it is not necessary for its residents to obtain Real ID compliant IDs.

Unfortunately, the Act has stirred some controversy, with several states passing legislation in opposition to the Real ID Act. However, as the 22 January deadline approaches, more states have agreed to become compliant so their residents can reap the benefits of having a Real ID.

While the Act is strongly supported by the Bush administration, the Heritage Foundation (a conservative think tank), and many anti-illegal immigration advocates, there are many who oppose the bill, including libertarian groups, immigrant advocacy groups, human and civil rights organizations like the American Civil Liberties Union (ACLU), privacy advocacy groups, the Obama administration, many state legislatures, RMV offices, etc.

So, why the controversy?

Some claim that the Real ID Act violates the Tenth Amendment, as it gives the federal government control over state-issued licenses and ID cards.

According to Anthony Romero, executive director of the ACLU, "Real ID is an unfunded mandate that violates the Constitution's 10th Amendment on state powers, destroys states' dual sovereignty and consolidates every American's private information, leaving all of us far more vulnerable to identity thieves"

Although most critics cite the Tenth Amendment as the basis for the Act's unconstitutionality, Former Republican U.S. Representative, Bob Barr, wrote, "A person not possessing a Real ID Act-compliant identification card could not enter any federal building, or an office of his or her congressman or senator or the U.S. Capitol. This effectively denies that person their fundamental rights to assembly and to petition the government as guaranteed in the First Amendment"

Many critics argue that the Real ID Act's passage was not a true democratic process as it was attached as an additional provision to H.R. 1268, a bill dealing with emergency appropriations for the Iraq War and with the tsunami relief funding, by the House Republican Leadership. By attaching the Real ID to a bill that was regarded by many as a must-pass legislation, proponents of the Act managed to avoid a direct vote and a substantive debate on a piece of legislation that would affect every American. Because of this, many consider the passing of the Real ID Act to lack legitimacy.

Because the Act changes the evidentiary standards required for review in asylum cases and grants immigration officers more power at their discretion, many legitimate asylum seekers may be prevented from obtaining safe haven in the U.S.

According to the Civil Rights Monitor, a publication sponsored by the Leadership Conference on Civil and Human Rights (LCCR), "These changes gave immigration officials broad discretion to demand certain evidence to support an asylum claim, with little regard to whether the evidence can realistically be obtained; as well as the discretion to deny claims based on such subjective factors as 'demeanor'."

Additionally, the article says, "Critics said the reason for putting such asylum restrictions into what was being sold as an anti-terrorism bill was unclear, given that suspected terrorists are already barred from obtaining asylum or any other immigration benefit."

Minnesota, the last state to be granted an extension for compliance, had debated complying with the Real ID Act in large part because of their undocumented population of over 90,000. Minnesotan effort to advocate for licenses regardless of immigration status go back to 2003 when then-governor, Tim Pawlenty, barred the state from granting driving privileges to illegal immigrants.

Current Governor of Minnesota, Mark Dayton, believes that the state should move in the opposite direction and allow the issuance of driver's licenses to the undocumented. “If we were willing to allow them to get the training necessary, the insurance necessary to be better drivers, safer drivers, for the sake of the people on the highways, I think we would be a better state for it,” Dayton said.

Many Real ID opposers also cite privacy as a concern. Under the Real ID Act, each state must also agree to share its database of licensed citizens and drivers with all other states, including every piece of data on the cards themselves (name, address, birth date, etc.), along with all driving records and driver histories of everyone licensed to drive in the state. Privacy rights advocates say that by creating this "national database" that electronically stores large amounts of detailed personal information, such as social security numbers, about individuals, the Real ID Act increases the chance of important personal data being stolen and thus raises the risk of identity theft.

Many also worry that the implementation of the Real ID Act will make it substantially easier for the government to track an individual's activities and conduct surveillance on the American people.

Given this information, make sure you know whether or not your state is compliant and take the necessary steps to avoid an awkward stop at the airport.

Nicole Marie Nigro
Individual Creator
9394
c1.staticflickr.com
Where to start...... Let me start with the cliche that life throws us curveballs and what we do with it is what counts.