How violence is not an extension of free speech, and how guns are protection devices when held protesting citizens. 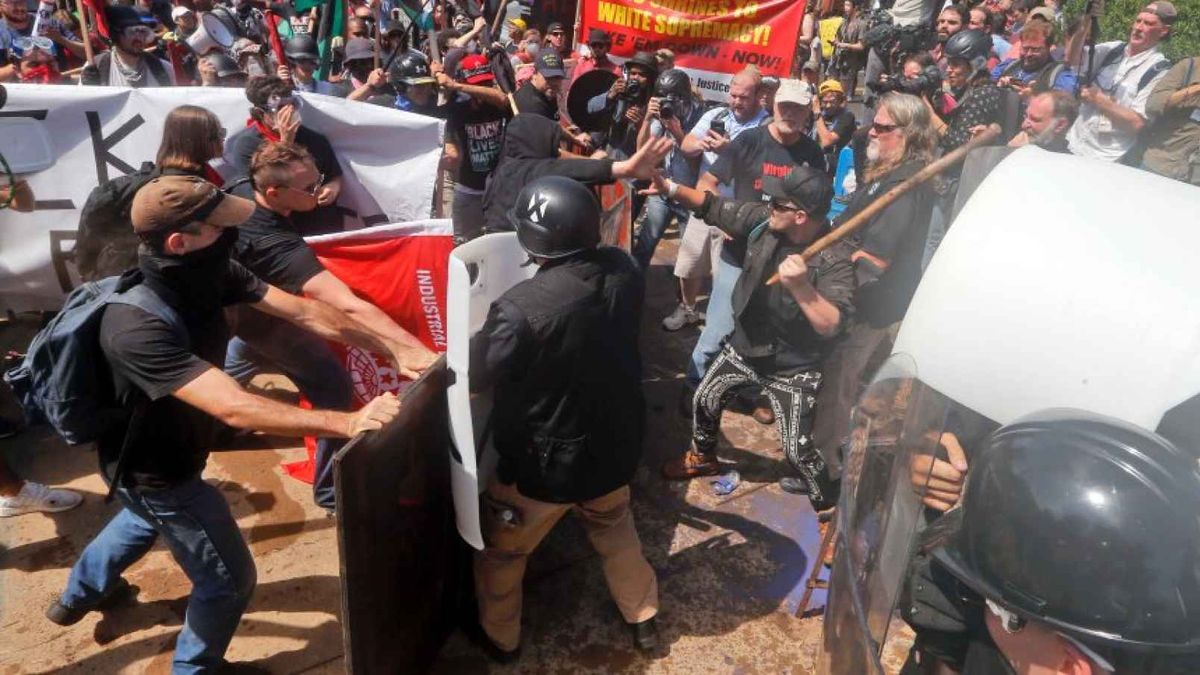 Everyone across America and across the globe is aware of the riot that erupted in Charlottesville, Virginia. Whether they know the play-by-play or the gist, they know what happened: Someone died, people were angry, and Trump said nothing. Later, when Pence and Session condemned terrorism and white supremacy, they backed up Trump—but saying there was violence on both sides does not qualify the hate in Charlottesville.

The first amendment of the Constitution protects free speech. Specifically, “Congress shall make no law respecting an establishment of religion, or prohibiting the free exercise thereof; or abridging the freedom of speech, or of the press; or the right of the people peaceably to assemble, and to petition the Government for a redress of grievances” (The Constitute Project). However, the abridgment of free speech, as the Constitution calls it, is not only done by the government censoring people. When people speak ideas that are contrary to yours, they do not abridge your speech, but when they speak their opinions while carrying loaded guns, they stifle free speech. You can express your opinion, but only as long as it is expressed peacefully and without any pressure or threat.

When cars are driven into crowds of people, that is not free speech. Killing people is not peaceful, and any movement that protects or tries to avoid discussing the injuries suffered by victims of their crimes is disgusting and deserves to be disbanded—not for their views, but for their belligerent policies.

What is even more disturbing about this display of domestic terrorism is the fact that the President cannot even be relied upon to disavow their actions and purpose. A man who ran his campaign on racial hatred and the reinstatement of white privilege should make a public statement punishing those who commit these terroristic crimes. However, we see the opposite happening. People feel more and more emboldened not to only express their opinions, but to express their opinions in belligerent and harmful ways. There will never, ever, be a time when violence is an acceptable expression of opinion.

Therefore, a real overhaul of our systems needs to be revised. There should be specific rules in each permit for gatherings saying that there cannot be guns carried—especially for a protest. This is because screaming your hate speech at counter protestors while carrying guns is not free speech—that is oppression in the guise of the first amendment. While the second amendment protects your right to carry guns, it does not protect your right to assault people and wave your gun in their face. The government is not the only organization that can abridge free speech. Groups of people who march through the streets, hold people down and ignore their opinions are doing the same—that is the prevention of people’s opinions.

I do not care what your opinion is. Everyone is entitled to their own independent and unique opinion—but when anyone tries to prevent someone else from speaking, that is illegal and harmful to our political ecosystem. For years, we have tried to keep people from speaking their minds by exiling them from society—like the LGBTQ+ community, which is still discriminated against widely. However, this is another illegal step—people are not allowed to wave guns and scream hate speech at the same time.