Puerto Rico Rises: My Experience Working with All Hands and Hearts 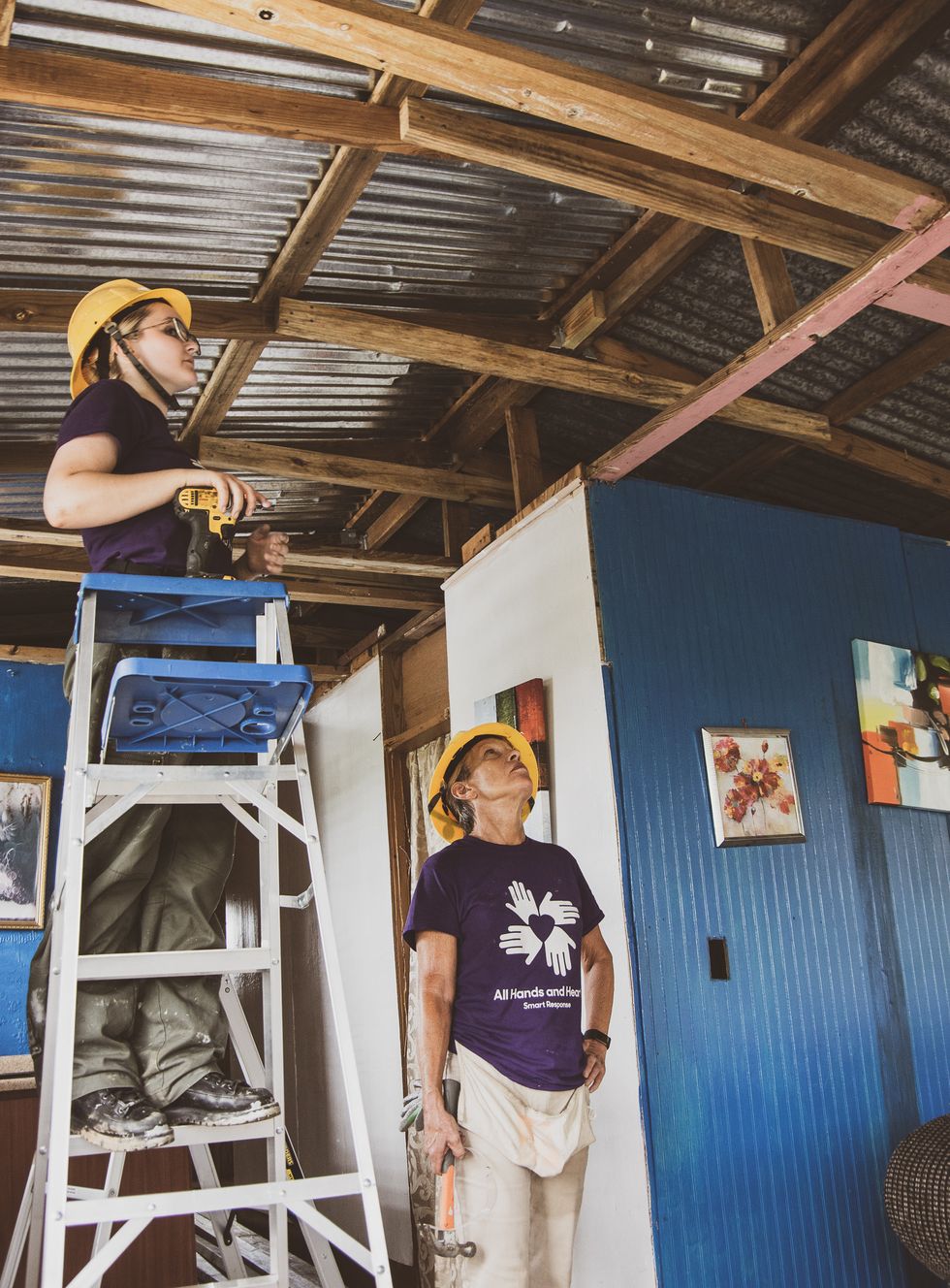 All Hands and Hearts

At the moment the news is finally addressing the grave state that Puerto Rico has been in for MONTHS, ignored by our government. Puerto Rico needs YOUR help!

To help lift the financial burden off of families in Puerto Rico, please donate by clicking on this link
100% of the proceeds go DIRECTLY to Puerto Rico.

I had the opportunity to travel to Puerto Rico for two weeks with 13 other students, and one professor, from Olivet College (MI). Our group partnered with All Hands and Hearts is a US-based 501c3 non-profit organization that aids people in immediate and longterm need after natural disasters.

The group I traveled with ended up staying in Barranquitas, Puerto Rico. A remote mountain village, that had seemingly been untouched by government aid. It was very difficult to see houses without roofs, houses that were demolished in mudslides, and businesses that are unable to re-open.

Despite their living conditions, each homeowner and family greeted us with such kindness and gratitude. All volunteers wear the same shirts, so whenever we are spotted in public wearing one, smiles appear.

I embarked on this journey having very limited experience with power tools and construction work. I took a leap of faith by going. I hoped so much so that I would be able to be put to use. By the end of the first work day, I realized that a pair of hands and a large heart can accomplish a lot. From applying hurricane clips, sawing wood, drilling and hammering nails, painting, etc. I found myself busy with opportunities to be helpful. The "team leaders" who run each project at different houses, set a learning environment. There was no sense of embarrassment when asking questions, even when I was asking the same questions over and over.

I made so many wonderful connections during my two weeks in Puerto Rico. So often I feel as if I am alone in the good fight, but coming together with many other people who also want to impact the world for the better- simply took my breath away and reassured me that there is always hope in humanity. Now I have made friends in other countries, all over the U.S., and even from my own home state of Michigan.

I struggled to see the lack of government aid. The news reported a huge blackout across the whole island of Puerto Rico recently, however, there are people who still don't even have power from the first hurricane. The death toll was only reported to be 64, but now those numbers are easily over 5,000. The government needs to take care of its people. Puerto Rico is a territory of the US, when will it be treated as such?

I am blessed to be quite fluent in Spanish, as I had many deep conversations with the locals. What I took away most was grit. Puerto Ricans do NOT give up... Puerto Rico Rises.