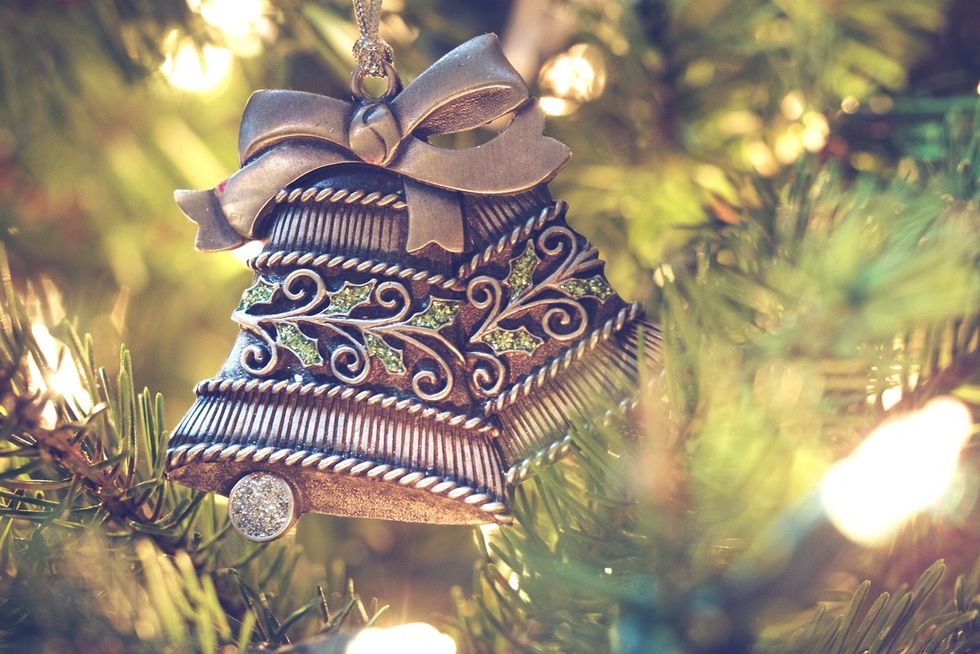 The Hallmark Channel is a station that is known for playing family-friendly, romantic, seasonal movies made specifically for that channel by that channel. Usually, with each season come the themed films. Fall is centered around Thanksgiving and Halloween, winter is centered around Christmas, the spring is centered around Easter, etc. Each movie has hints of comedy, drama, and romance. Viewers know that when they tune in, they're going to get that cheesy romantic comedy with a predictable plot. Sure, I occasionally will tune in, as who doesn't like a nice, light-hearted pick me up? But for the most part, I'd have to say I have developed quite a few qualms about this channel. Allow me to explain.

For starters, the plot of every movie is basically the same. Like, can't these screenwriters think up something different for a change? It gets pretty boring watching the same, mundane plotline play itself out.

In sum, each movie centers around a single woman in her late 20s/early 30s who are trying to find her path in life while also finding love. Everyone around her chides her about being single and how she needs to find her match. She'll swear off love and focus on her career, but then she'll cry herself to sleep at night over being alone. Then comes a riff in the storyline that requires her to seek out assistance. Help always comes in the form of a single, handsome, and emotionally distant man. He's either a complete stranger whose path has crossed her's, or someone she knew back in her hometown.

The two will then bicker about how much they hate love while working on the project at hand. Then they'll have a big fight-usually regarding the man finding out the woman isn't who he thought she was, and they'll break apart, only to come back together after their nosey parents and friends tell them they're each other's soul mates. Then they reunite, declare their love for one another, and everyone lives happily ever after...

There. I literally just wrote the plot of every Hallmark film in a single paragraph, sorry for the spoilers.

It's not just the repetitive, mind-numbing plots that irk me about the Hallmark Channel, it's also how both single women and single men are portrayed. The female protagonist in each movie is seen as sad and searching for her life purpose. Everyone around her seems to only care about her finding love, rather than her career or other successes. She is always depicted as heartbroken and scared to end up alone, and in most cases, she feels bad about being career-oriented. Then, when she meets the man of her dreams, it's like a magic spell and her whole life is fixed and she's happy again. All because of a man. Kind of a sexist message you're sending, huh Hallmark?

The male protagonist, on the other hand, is depicted as emotionally walled off and isolated. He is usually lost in life and feels like he's better off single. He refuses affection and any sort of love and is easily irritable. He listens to no one's advice and is stubborn. Only after the female protagonist fights with him to open up about his feelings, he finally realizes everyone was right and then gives love a chance.

So yeah, if you're looking for character depth you won't find it on the Hallmark Channel.

Another tone-deaf quality of the Hallmark Channel is how it is white-washed and only portrays heterosexual, same-race couples, and no single parents, either. Divorce and single mothers/fathers just don't exist in the Hallmark world. There are seldom any people of color in these films, and when there are, Hallmark makes it a huge point to show that they aren't a racist channel by giving these characters the strongest, most "politically correct" roles. The lack of interracial couples is also questionable. Like, come on, it's 2018.

People date people of different races and there shouldn't be any more racist stigma against it. As far as LGBT representation, there is none. Absolutely none. I'm not sure if Hallmark chooses to do this on purpose, but either way, they need to get with the times and represent all forms of love, race, sexuality, and family dynamics.

Life isn't perfect, and that's the fact that the Hallmark Channel just doesn't want to admit. It wants to air fantasies-idyllic scenarios that will help us escape from our supposed troubles and complicated lives. Unfortunately, all the Hallmark Channel is promoting is unrealistic, stereotypical messages that don't make any sense in the real world. It's a very exclusive channel and shows the side of American culture we really need to break away from the white bread, white picket fence, socially conservative society. Maybe I'm getting a little extreme here, but then again, am I?

Look, the Hallmark Channel as a whole is harmless, but just keep in mind the hallmarks that make up this channel while you're tuning in.

They are just movies, after all.

hallmark movies
Report this Content
This article has not been reviewed by Odyssey HQ and solely reflects the ideas and opinions of the creator.