The First Gift of Christmas 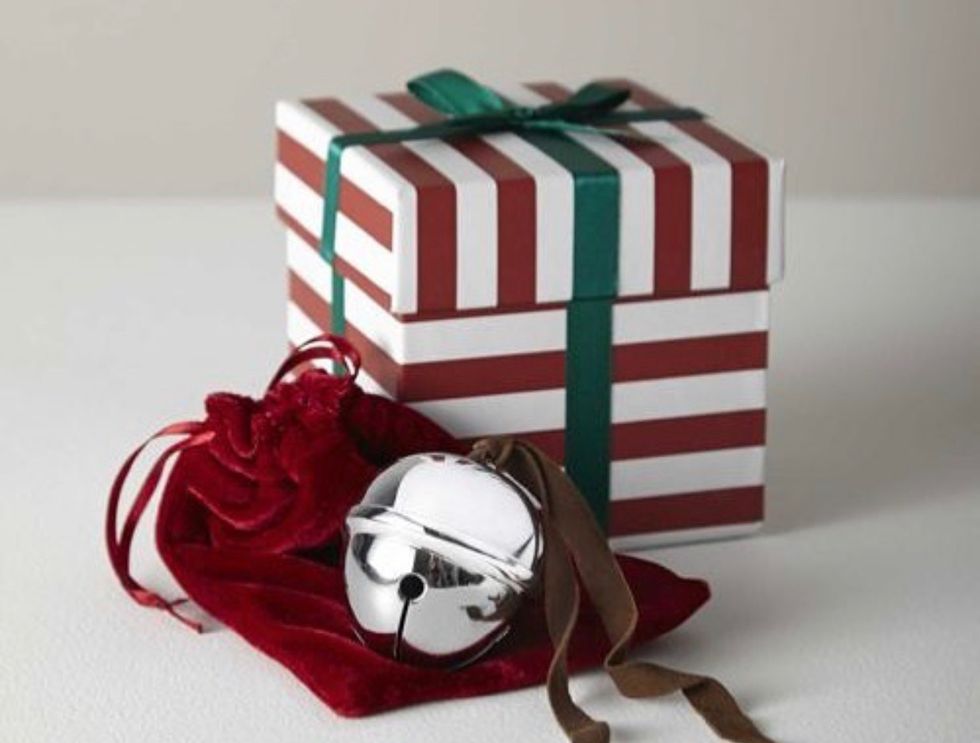 As long as I can remember, slumping into the couch and indulging in a good Christmas movie has always been one of my favorite parts of the holiday season. Whether it was with my friends or family, there was just something about the comfort of the Christmas spirit left lingering in the room. The list of favorites goes on and on, and the amount of times you can watch does not exist.

However just as we see in the Christmas movies themselves, as age increases, Christmas spirit can decrease. The dreaded age of saying goodbye to believing comes around before you know it. Looking back as a college student, my heart aches for the time of innocence where myself and everyone around me seemed to believe.

The Polar Express has always been a family favorite of mine. The beautiful story of having the ability to hear Santa's sleigh bells, but only if you believe, swallowed up our hearts each and every watch. Each Christmas Eve, I dreamed of the Polar Express pulling up to my own driveway, ready to take me away to the North Pole. I would even pick out my best Christmas PJs in hopes that Santa himself would see them. All I wanted was the first gift of Christmas, a sleigh bell of my own. However, one Christmas was different.

As we were opening presents, my brother had one extra than all of us addressed from Santa. As he opened it up, it appeared to be something small yet valuable in a white and red striped case. My little sister and I wiggled in our seats to see what he was so lucky to get–and strangely enough we were not. As he opened the box, a bell just like the one from The Polar Express appeared. My sister and I gasped. He had gotten THE sleigh bell. Jealous, we whined and wished that we too received the bell. I immediately made my brother ring the bell and danced for joy when I heard the extraordinary ring. I asked my mom if she too could hear the bell. I remember my brother and mum exchanging a solemn look which confused me because I was so excited for him. Little did I know, my mother was starting a tradition.

Two years went by, and I soon opened up the same bell. Now my little sister was the only one feeling left out.

The same solemn look was exchanged by myself and my mum. In that moment, I realized the tradition. When one stops believing, they receive the bell. Just to withhold whatever spirit could possibly be left. I can remember my sister asking when she would get one. She asked if "fifth grade was the year." Sadly, I responded "maybe."

It all hit me at once. Only two years ago, I was so innocent. I thought Santa had just forgotten about me. I thought that my brother was the lucky winner. In reality, I was the real winner. I still believed.

Five years later, my sister finally received the bell. Being the baby of the family, no one wanted her to stop believing because then, there was the fear that the true Christmas spirit in the household was gone. It was unsaid, but so well known. Upon opening her final gift, we all sat and explained the tradition to her. The room was quiet. I could tell my mum was holding back a tear.

Despite the age, there can always be Christmas spirit. My mum chose a way to preserve our Christmas spirit forever. To think what she must have felt in her heart purchasing bell after bell is so sad yet so touching. This Christmas season, I remember the innocence and the happiness I once had and attempt to preserve. I am forever grateful for the tradition my mum brought upon us. But lets make sure we always continue to spread the cheer and joy every Christmas deserves. Just because the belief isn't there, doesn't mean the spirit has to disappear as well. After all, seeing isn't believing.