On The Road Again
Odyssey

On The Road Again

The space in-between and the three hour commute that shaped me. 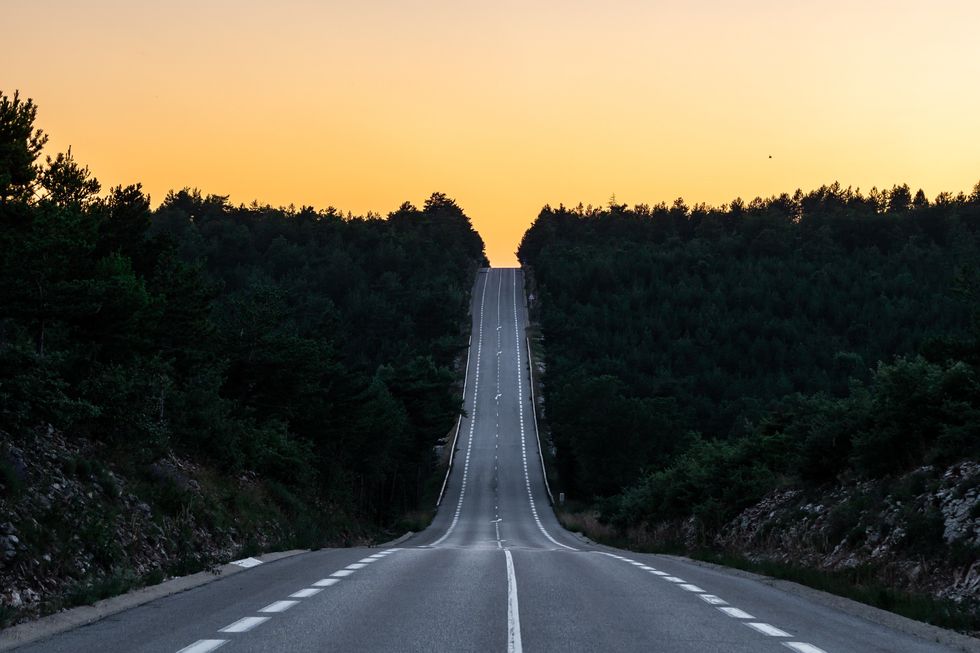 Photo by Artur Aldyrkhanov on Unsplash

You could call me a late bloomer when it comes to driving. I wasn't in any rush to learn to drive. I liked the concept of no longer having to ride the bus home after theatre practice with a bunch of immature kids, but the concept terrified me. I remember my family taking me out for test runs, as I gripped the wheel and clenched my jaw. I wanted to know what would be on the driving test, and I wanted definite answers. That's when I signed up for driving lessons. No, I did not pass the parallel parking test, but I did feel better prepared to launch myself into adulthood.

It wasn't until three hours of highway stood between myself and my family, that I began to value the road. When my parents dropped me off at college my freshman year, we discussed how we'd heard it was best for me to wait to visit, until I'd acclimated to my new environment and gotten over my homesickness. I'd gone to the Missouri Fine Arts Academy on MSU's campus the summer before, and had little to no contact with my parents for two weeks, but that was my only previous experience with being away from home for an extended period.

At first, the homesickness was a little hard to handle, and had been more prevalent than I'd expected. But, as time went on, I began to feel like the new friends and communities I'd built felt just as much like home. Going back to KC for the first time since I left for college felt strange. It was like I was stepping into an alternate universe. Nothing had changed. I started to remember both the things I loved and hated about being home. I had this strange feeling that I no longer called one place home, but rather that I split my time between the two cities.

In Springfield, I'd experienced flashes of joy, first love, and heartbreak. There were streets I couldn't pass and restaurants I couldn't go in, without thinking about a past relationship or friend gathering. The Art Annex became my home for most hours of the day, and the piano it housed the only place I felt like I could breathe, on days that were particularly hard.

As an arts student, I was constantly running from class to rehearsal, and repeating it all over again the next day, with little time for food or sleep. Meditation exercises during class warm-ups were the only times I could sit still long enough to hear myself think.

When breaks and free weekends came along, and I had the opportunity to go home, I spent three hours in the car contemplating the tornado I'd been forming in my mind.

Being in the car for three hours straight forced me to think about where I was. What had changed, since I last made the trip? Was I happy with the changes made? Was I in a mentally stable place?

For a while, I felt like my sense of belonging was missing. After graduation, I moved home to save money and pursue an internship opportunity. I was incredibly unhappy with my day job, and my boyfriend was hours away. Some times, we'd go a full month without seeing each other. I knew that others had it much worse, and that I was incredibly lucky that my parents allowed me to stay at home, free of charge, but I couldn't shake my uneasiness.

One night before I had to leave my boyfriend to go back home to work the next day, I threw up in the sink and held him as tight as I could, after he got me cleaned up. It was the back and forth, the time teasing, the jump between places that made everything so unnerving.

It was especially difficult to deal with, knowing that I couldn't be there in person to help him if his depression got bad. Many nights, sleep was hard to come by.

Despite all the anxiety that came with the feeling of the in-between, I began to fall in love with the consistency of the road. Sometimes this meant playing the same Lake Street Dive album over and over again until I'd perfected a specific riff. Other times, it meant listening to my favorite podcasts: Another Round, Filminist Pod, and One Broke Actress.

Now that I've moved to Springfield to be with my man and his cats, I have less opportunities to drive home and consider my life options and goals. Still, I use my daily commute as a way to unwind and sing at the top of my lungs, and evaluate my current progress and contentedness.

If I ever need a minute to breathe, to remember who I am, I take to the road.