These movies are only on Netflix for a limited time, so have your fill. 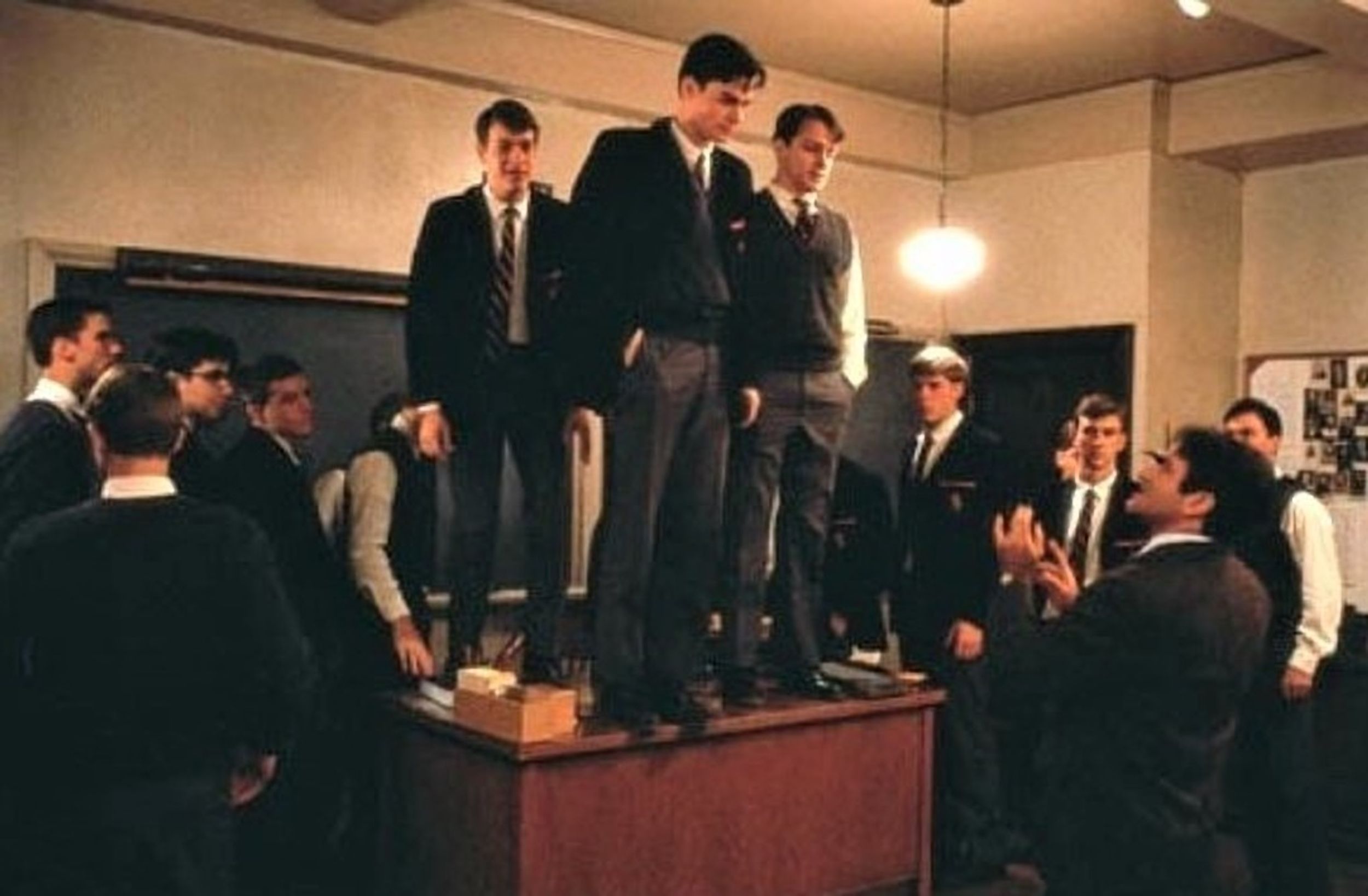 These movies are only on Netflix for a limited time, so have your fill! Though these options were chosen by my personal opinions, these movies have fundamental meanings that I believe should be acknowledged by everyone (with access to a Netflix account, at least)

Who says you’re too old for cartoons? Especially for this one of a kind, heartwarming story about a boy and his robot. It’s surprising how many people have yet to see The Iron Giant, or at least don’t remember it. If you’re one of these people, I suggest you refresh your memory; especially since it makes a cameo in the new film adaptation Ready Player One, you don’t want to miss it.

I used to hate poetry until this movie came into my life. I still hate poetry, but now I have a greater appreciation for it because of how enthusiastic the young boys in Dead Poets Society are about their club that meets only in the dead of night, far into the woods in a cave where they recite poetry to each other for fun. Hopefully this movie can encourage you to look at life from a different angle and "make your lives extraordinary"

Don’t worry, I won’t tell your 9th-grade English teacher you didn’t read the book. Although, there are a few differences between the book and the movie, To Kill A Mockingbird covers complex issues of racial inequality and rape. This movie follows Scout, a young tomboy, and her father Atticus Finch, a lawyer who is set on freeing a black man from a false rape accusation in 1936 southern Alabama.

What would happen if you combine daily family vloggers with reality TV? You can find out in what is arguably Jim Carrey’s greatest performance as Truman Burbank in the made-up town of Seahaven Island. On the day he wan born, Truman became a national reality television star with every aspect of his life controlled by the corporation that adopted him

I’m sure you’ve seen the famous yellow jumpsuit in posters, magazines, and amusing homages to this iconic movie. Kill Bill follows Uma Thurman’s character, who is known simply as The Bride, as she wakes from a coma and hunts down her former team of assassins who caused the death of her family and unborn daughter.

If you need a pick-me-up or some inspiration to do that assignment you’ve been procrastinating on, this is the perfect movie for you. I recommend The Prince of Egypt to anyone regardless of their religion because that’s not what this movie is about… It’s about the epic soundtrack that will make you cry in the first ten minutes of the movie.

Everyone loves Audrey Hepburn, as an actress, a model, dancer, and humanitarian. But she is most famous for her performance as Holly Golightly, an eccentric yet charming New Yorker whose only dream is to live lavishly and be rich enough to shop at Tiffany’s. This film set the tone for an entire generation of dreamers who wished to change their lives and move to the Big Apple in search of their big break. But instead of becoming rich and famous, like Holly, found that the best things in life are free. Like a cat, or a ring found in a box of Cracker Jacks.

No, I don’t mean the new 2018 Paramount TV series that ruined the entire plot-line and meaning of the original movie. I mean the 1988 cult classic movie we all know and love. The social issues presented in Heathers are still relevant today and gives an exaggerated but insightful thought to the phrase “people will do anything to be famous.” Well, in this case, “popular.” This story follows Veronica Sawyer (Winona Ryder) and J.D (Christian Slater) as they commit one murder after another in an attempt to turn the social hierarchy of their high school on its head.

If you’re not familiar with Wes Anderson’s famous stop-motion films like “Fantastic Mr. Fox” or his new movie “Isle of Dogs,” don’t fret, because you can get the same sense of animation and offbeat humor in “Moonrise Kingdom.” Most of Anderson’s films have quirky characters and color schemes that keep your attention throughout the entire film. Moonrise Kingdom uses bright colors while each character is somewhat dull and monotonous, but in a good way that makes every line a wisecrack. Follow the residents of New Penzance as they engage in an island-wide search for two 12-year-old sweethearts that decided to run away together.

“Goodfellas” takes you through the life of Henry Hill, an Italian-American who worked his way into becoming a gangster in the mob. Along with an incredible script written by Nicholas Pileggi and Martin Scorsese, this masterpiece contains some of the greatest moments of cinematic history that you just can’t miss.

Caitlyn Morral
St Bonaventure University
4685
Wordpress
Odyssey recognizes that mental well-being is a huge component of physical wellness. Our mission this month is to bring about awareness & normality to conversations around mental health from our community. Let's recognize the common symptoms and encourage the help needed without judgement or prejudice. Life's a tough journey, we are here for you and want to hear from you.