If You Haven't Watched Netflix's Documentary On The Infamous Fyre Festival, Drop Everything And Watch It ASAP

Honestly, I'm surprised anyone from his team made it out alive. 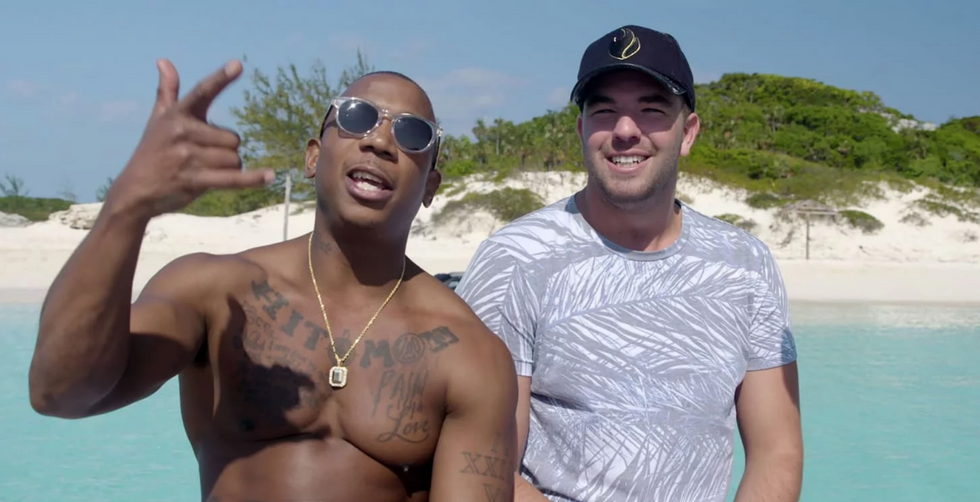 I just finished Netflix's documentary called FYRE: The Greatest Party That Never Happened, about the Fyre Festival and I, have a lot of thoughts and opinions. I think we all have a lot of thoughts and opinions. I don't even know how this could have happened, how so many people could have believed in and believed a single word Billy McFarland said on social media, emailed, or pitched to his team. I mean, have you looked at this guy? He looks like a total ass and must have a good poker face.

I remember reading about this online when Kendall Jenner apologized for promoting it after everything backlashed. Many celebrities apologized and deleted every post they posted about the upcoming festival that was going to be a "game changer."

Throughout the documentary, we see everything from the beginning to the end, and well, Billy is good at his craft as one of his team members said, "He's a liar." Watching this documentary my anxiety was heightened and I couldn't believe people put in their personal money and time for people who didn't treat their workers, team members, and people buying their "ticket packages" with the respect they deserved.

They didn't email people back. They didn't answer their DMs on Instagram. They kept hyping up their festival when they were using hurricane tents and air mattresses when they should've been building cabanas on the beach. They treated the models in their commercials and promo videos like jerks, and you could tell by their faces with the pressure that they were done with Billy being an asshole, and Ja Rule wasn't much better. Yet, what do I know?

In summary, this is what people were expecting: Lavish cabanas, houses they could rent during the festival, parties on yachts with celebrities or influencers, cruise ships, jet skis, amazing food, never-ending alcohol and a good time. Sounds pretty great right? Sounds too good to be true right? Right.

I think the most ridiculous thing out of all of this is how long it took for people to catch on.

When they kept adding packages and opportunities I would've caught on fast. Why are they asking for more money? Do they need the money? Is this a scam? This is all too good to be true? They were emailing people that they needed to put money on this wrist bands for the festival to be able to buy things and to do activities when in reality they needed that money ASAP ahead of time to make things happen—that didn't end up happening at all.

Now, let's get to what happened during the festival. Or, lack of festival. 1/3 of the people arrived 30 minutes early which shouldn't have been that big of a problem if they were prepared for the thousands of people they were expecting. The people who bought tickets were expecting private little planes but instead, they got a usual plane with just "FYRE" smacked on the side. Fancy right?

Besides the left-over hurricane tents and air mattresses, they delivered luggage in giant 18 wheelers and threw them on the beach making it a free for all, lockers weren't unpacked for them to put their valuables in, they held people on the beach for 6 hours trying to hide the reality of the situation—oh and someone on the executive team almost sucked dick to get running water. Now, does that sound like a good time?

Sounds like a nightmare for everyone involved. People had to fight first come first serve to sleep in tents, people were peeing on already rained on mattresses and it was a real-life show of survivor. I think the most iconic picture of Fyre Festival is the uncooked bread and a slice of cheese. You all know the one I'm talking about.

You're all hoping the nightmare ended when they left, yet leaving the Bahamas was a lot harder to do than what everyone else thought it would be. People were squished in this little airport, there were no flights to Miami at the time, and they were LOCKED in the small airport without food and water. Like what the actual hell.

I think the thing that really pissed me off is that Billy McFarland scammed people before this event with a fancy credit card he created, and even after while he was on bail for 5 charges. You would think that a con-artist and a scammer would learn while on bail for being arrested, but I guess he thinks he's just a rich man and told his friend he's not being arrested.

Everyone needs to watch this documentary because people are doing this stuff all the time.

Every single day you might get an email in your junk mail, or a call, or something in the mail. It's a common thing in America and in foreign countries, it's a straight up everyday thing. This really opened my eyes, and I don't know what is real or fake anymore.