Will Neil Gorsuch Actually Become The Next Supreme Court Justice?

Trump's nominee appears on path to victory. Could that change? 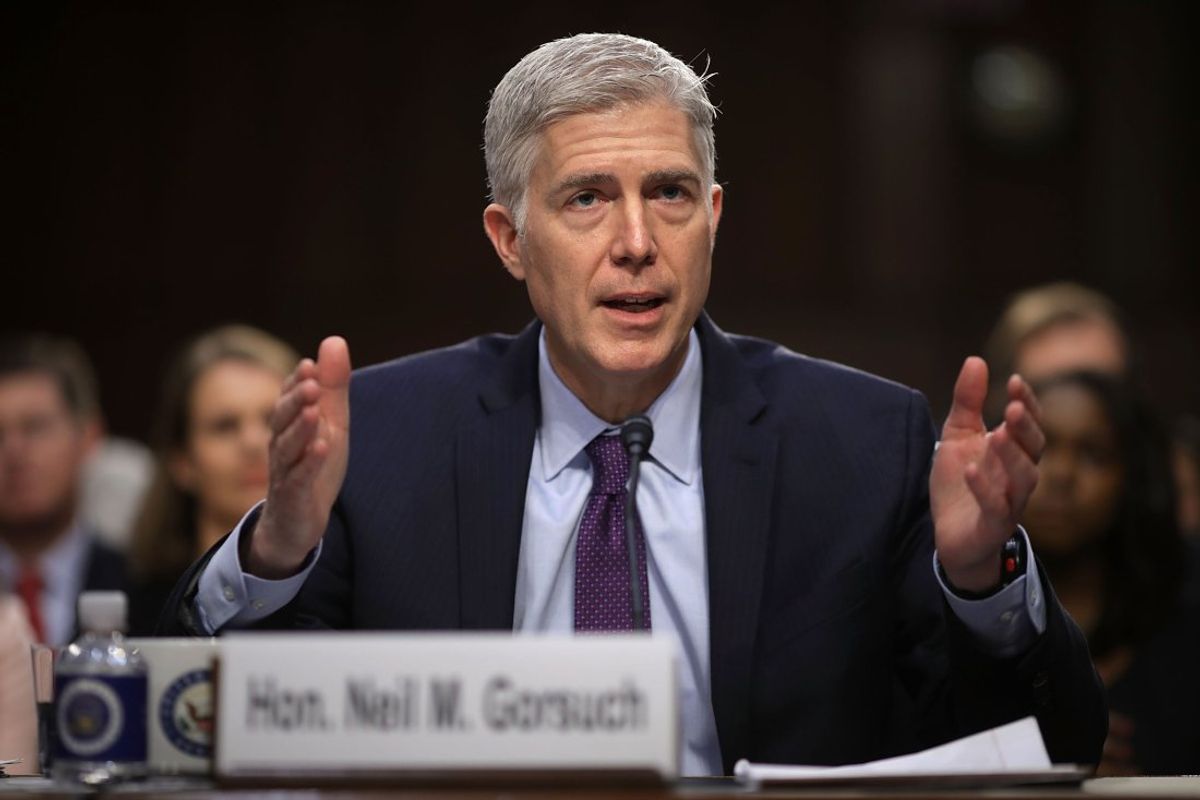 Neil Gorsuch, President Donald Trump's nominee to fill the vacancy on the Supreme Court, finished off his week after three days of hearings before the Senate Judiciary Committee this week.

The Colorado judge, who serves on the Tenth Circuit Court of Appeals, faced a grilling from senators as he looked to persuade skeptical Democrats that he is the right man for the job. He faced questions on everything from his judicial philosophy, to surveillance, to torture, to even his favorite places to fish.

"I pledge to each of you and the American people that if I'm confirmed, I will do all my powers permit to be a faithful servant to the Constitution and laws of this great nation." he said during his opening remarks.

Gorsuch, 49, was appointed to the current vacancy that is on the Supreme Court last month by Trump. Former President Barack Obama had originally tapped D.C. Circuit Court Judge Merrick Garland to fill the opening left by the death of conservative justice, Antonin Scalia. His nomination ultimately lapsed when Senate Republicans refused to hold hearings on Garland, declaring instead that the next U.S. President should make the appointment.

Democrats have mixed reactions about how to play their hand. They have the ability to stall the nomination process and ultimately vote no, but since they are in the minority it will make little difference. It also risks making them appear as obstructionists and that they are playing politics- since so far, there is no major scandal surrounding Gorsuch, or any glaring reason why he shouldn't be put on the court.

Nevertheless, Senate Minority Leader Chuck Schumer announced this week that he will be filibustering on the Senate floor to further delay the process. A filibuster would be difficult to overcome since Republicans would need 60 votes to overcome it, and they only have 52.

Republicans also are faced with the ability to invoke the powerful "nuclear option" which would lower the total needed to confirm Gorsuch and further judicial nominees, to just a simple majority.

Sen. Lindsey Graham (R-SC) endorsed this option during an interview on the Mike Gallagher show this week:

"I will do whatever's necessary, but I've been a pretty balanced guy and enough is enough," Graham said.

Democrats are also in a bind over the nomination. Some are facing pressure from liberal groups to vote no or risk a primary challenge from their left. Others are running for reelection in conservative states next year and need to look more moderate.

“Let’s just say I’m a very open-minded person,” Sen. Joe Manchin (D-WV) told Katie Couric when asked if he would vote yes. Manchin is considered one of the Democrat's most vulnerable senators as he runs for reelection in conservative West Virginia next November.

During the hearings, critics pointed to a ruling Gorsuch made when in 2009, a trucker broke down in Illinois amongst snowy and freezing conditions. After calling it in, he was instructed to remain with the cargo. After a few hours, and in chilly conditions, he left to seek shelter. He was fired for abandoning his trailer and for insubordination. Gorsuch ultimately ruled with the trucking company, claiming that from a legal standpoint, the company was very clear.

"It might be fair to ask whether TransAm's decision was a wise or kind one. But it's not our job to answer questions like that. Our only task is to decide whether the decision was an illegal one," Gorsuch wrote at the time.

Democrats have used this case as a rallying cry for why Gorsuch should not win confirmation. It so far hasn't gained traction with most of the public.

With Democrats set to filibuster, and Republicans looking for moderate Democrats who could join them, it should be an interesting next few weeks as Gorsuch continues to make his way for a vote in the entire Senate.