On Natural Hair And The Problem Of Hair Envy
Odyssey

On Natural Hair And The Problem Of Hair Envy

Hair envy is a self-defeating habit, a trick that our mind plays on us to make us feel inferior 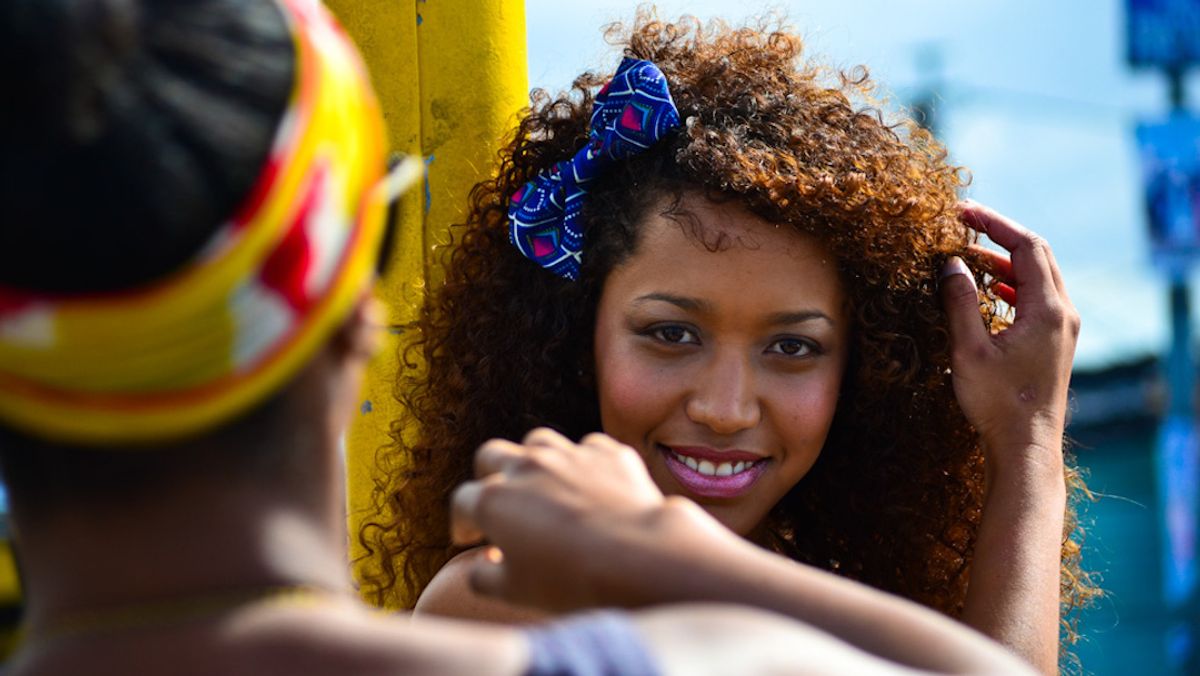 Being natural sucks sometimes. Taking care of kinky/curly hair is not a simple task. It’s more like a lifestyle. My bathroom sink is overrun with hair masks, treatments, gels, etc. I deep condition every week, I retwist my hair almost every night. I have to make sure that I moisturize my hair every day or else it will get dry, brittle, and break off. When you’re natural, you don’t have room to be lazy — you either stick to your routine or suffer the consequences (like going to sleep without your bonnet on and then wondering why you woke up with no edges).

Although it feels like a chore, deciding to go natural was one of the best choices I’ve ever made. Not only is my hair healthier, but it feels good to be my authentic self. As sad as it is, I didn’t know what my natural hair looked like until I was fourteen. Before then, my curl pattern had been masked by relaxers (chemical treatments that make your hair straight), flat irons, and weaves. When I saw that my hair curled in a unique and beautiful way, I wondered why I had ever tried to hide it before.

It’s no secret that black hair has always been seen as undesirable. Black hair is poofy, overwhelming thick, prone to dryness, and tightly curled. Black hair is a lot to deal with. Black hair is the exact opposite of what “good” hair is thought to be (straight and fine-textured), so I’m not surprised that at one point in time, I thought my hair was ugly, or that I had to use chemicals and styling tools to make it “better” and more manageable.

Black hair looks very different, but different does not mean inferior. That’s a lesson I had to learn. I had to allow myself to be vulnerable and stop hiding the physical characteristics I had been born with. I would go to YouTube and watch videos about how to do twist-outs or braid-outs, how to make DIY deep conditioning treatments, or how to do protective styles. I learned more and more about my hair and I found myself getting more and more excited to try new hairstyles.

I also found myself comparing my curl pattern to the curl pattern of the women in the YouTube videos. A lot of popular natural hair gurus have 3C hair type, which is basically the holy grail of all the curl patterns. 3C hair is curly, but not too curly. It deviates from the universal ideal of “good” hair, but not too much that it is classified as unattractive. As I watched the videos of these popular YouTubers, I wondered why the products they used on their hair didn’t work for mine, or why their twist-outs were so loose and bouncy, while mine were tight and protruded outwards.

She's one of the most followed natural hair gurus, with — you guessed it — 3B/3C hair.


I watched them do wash-n-go's and have these spiraled, beautiful curls just by using gel and water. When I tried to emulate them, my hair did nothing but get tangled and frizzy. I had to twist or braid my hair to maintain a curl that was seen as “pretty,” while they didn’t have to do anything but add product and let it dry. I felt frustrated with my hair because it didn’t curl in a way that I wanted it to.

On YouTube and in the media, natural hair is being celebrated more and more, but the beauty of natural hair stops being praised once you cross the threshold from 4A to 4B and beyond. Just recently, Shea Moisture (a black-owned business that sells natural hair products) was criticized because in one of its advertisements, only women with looser hair textures were featured. Black women with type 4 hair have been supporting Shea Moisture for a long time, so to see the company completely erase us from their target audience was pretty much a slap in the face.

Black celebrities have no problem rocking weaves or wigs that are 3C hair type, but when was the last time any of them ever showed their natural hair (when it’s not straightened), or wore a fro? (And wearing a fro for a Halloween costume does not count.)

Lots of Black celebrities would rather wear artificial curls than their own (except for Lupita Nyong'o, of course)

The only time we've ever seen Blac Chyna's real hair is when it's straightened.

When we choose to embark on our natural hair journey, we’re supposed to be gaining more love and appreciation for our hair. But I’ve noticed that for some of us, those who have kinkier and tighter curls and those who have hair that doesn’t fit the universal standard, we just grow more and more frustrated with our God-given strands.

We see women in the natural hair movement that have the "right" type of curls and then we wonder if something is wrong with ours. We see only 3B/C portrayed in the media as pretty, while afros or 4C hair is only worn during fashion shows to be seen as different and "edgy." For women in the natural hair community with type 4 hair, the journey to self-love and acceptance has been a little bit rockier, and we've only made it so far because of our support for one another.

It wasn’t until I found YouTubers that had 4C hair and who loved their strands and rocked them like they were tresses of gold, that I started to truly love my hair and what it looked like. I found myself becoming envious of girls that had huge fros, not those that had loose, bouncy curls.

This video showed me the beauty of kinkier hair.


I developed a sisterhood among all of the women and girls who had hair like me, who had hair that was only seen as beautiful to those willing to look at it without bias. Even now, I still feel frustrated with my hair. There are days when I don’t feel like doing a twist-out, so I just let my hair dry and do whatever. When I wake up the next morning and my hair has shrunk into a ball of wooly mess, I’ll wish my curl pattern was looser. I’ll wish that I had straight hair that was easy to maintain and that didn’t get shorter when it was wet.

Sometimes I will sigh and be upset that my hair doesn’t hang, but instead just grows wider. But then I remember that God gave me the hair on my head and there is no reason to hate it. It’s much easier to love and accept it, to love and accept myself for who I am. I know a lot of us wish we had "better" hair. We constantly lust after and desire a certain type of hair, whether it be straight, curly, thicker, or thinner but ultimately, we must learn to accept what we can't change and realize that hair envy does nothing but make us feel worse about ourselves. Hair envy is a self-defeating habit, a trick that our mind plays on us to make us feel inferior. There is nothing to be jealous of because...

All hair is good hair.