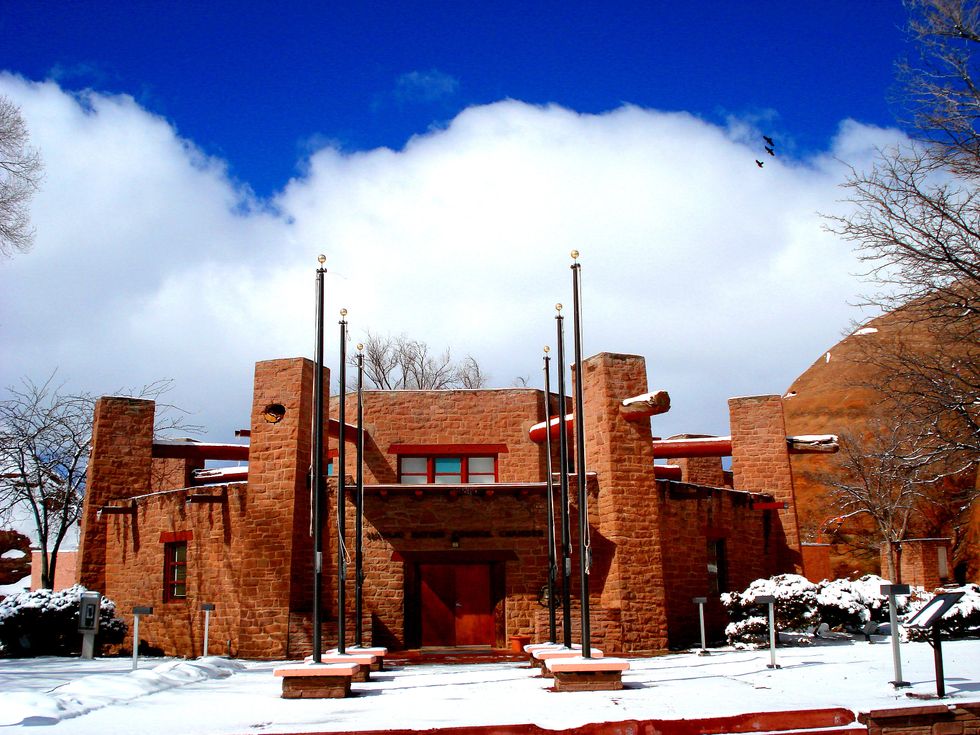 According to Bloomberg, an estimated 161 million ballots were cast in the 2020 Election, holding the new record of voter turnout in the history of the United States. In Arizona, The Washington Post calculated just under 3.3 million ballots.

"For some communities, like Native Americans, it can be hard due to inaccessibility or other reasons," said Noah Huerta, the president of the Native American Journalists Association at Arizona State University. "Voting is one way that we can ensure that our voices have a say in American politics and fight for a better future for our communities."

The Native American community accounts for 5.9% of the Arizona population, according to the U.S. Census Bureau. While that may sound like a small number, it translates to more than 429,000 people. Of that group, over 35,000 people that identify with the Native community live in Phoenix. And with 99% of the state's ballots counted, Democratic President-elect Joe Biden's margin of victory in Arizona was just over 10,000 votes.

Debbie Nez-Manuel, an advocate for the Native American community, said voter turnout and selection depends on the county across the state, especially where funding was focalized.

"There are many [funds] pointing at Navajo Nation which spans over several counties and where funds were directed," Nez-Manuel said of the voter turnout.

In a pivotal election during a pandemic, with Natives holding the ability to swing Arizona, which has been marked as a red state since 1996, mail-in ballots hold the power. As explained by Nez-Manuel, the Native community was a key blue vote this year.

"Native American voters clearly lean in favor of Democratic values, while some may be independent they still lean in a way where we share the same values and those of the Biden and Harris ticket," she said. "With tribal nations in Arizona favoring the Biden/Harris campaign, their collective efforts are one of the reasons the democratic party pulled through this win for Biden."

Huerta agreed, saying that if there wasn't as much turnout from smaller communities as there was, the result may have been different.

"The Native vote is not something that is always sought after because we have a smaller community than most. However, it played a key role here in Arizona," he said.

While the state of Arizona voted blue for both Senator-elect Mark Kelly and President-elect Biden, offering a boost of morale for left-leaning Native American voters and other non-white left-leaning groups, the battle for equality and representation is still far from over.

The U.S. Census accounted for 82.6% of Arizona's population identifying as White/Caucasian, and 72.3% in Phoenix. In many cases, the White population has the opportunity to help bring support and representation to other minorities, such as the Native American community.

Investment and funding alone, according to Nez-Manuel, can help bring light and opportunity to the communities.

For Huerta, "simply acknowledging the Native peoples" is a step in the right direction.

"Natives are the forgotten group and referred to as 'other' or even 'something else'," Huerta said. "Native voices need to be heard and recognized."