My Mom Almost Died From Coronavirus

I Knew The Odds Of My Family Catching COVID-19 Were Slim, But Then My Mom Ended Up In The ER

I know quarantine sucks, but we can't gamble with this one. 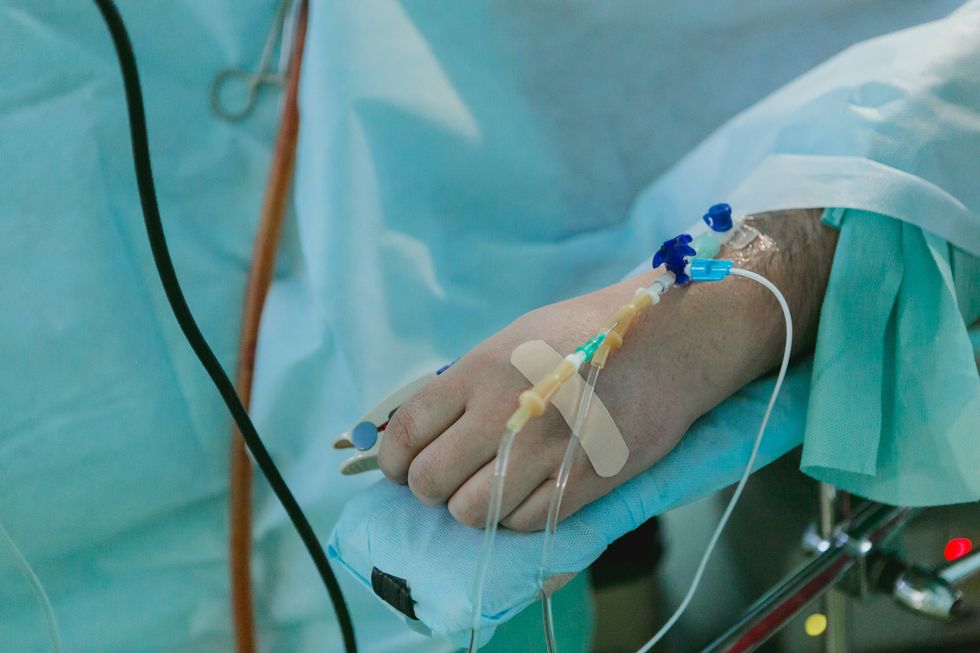 I went to bed that night at 1:30 a.m. I was awoken a few hours later and felt compelled to check my phone.

After viewing the time, (almost 6:00 a.m.), I saw a missed call from my mom's boyfriend, along with a voicemail and a text. Before even reading the text or listening to the voicemail I knew it couldn't have been good. The text asked if I could call my mom's boyfriend back when I saw it and the voicemail said the same thing, only with a distraught sound in his voice.

My mom cleans houses, often at early times in the morning, so I was waiting for Mark, her boyfriend, to tell me that she got into a bad car accident or something. It was worse. She was rushed to the Ahuja Medical Center Emergency Room near Cleveland, OH via ambulance the day prior because she couldn't breathe on her own. I called Mark back, my head feeling foggy and my voice sounding groggy.

"Why didn't someone tell me yesterday?" I asked in a demanding tone, covering my fear.

"She knew you had a statistics exam and didn't want to worry you" Mark replied. "Can you get home?" He then asked.

My heart sank into my chest. If I felt anything at that moment, despite my body going numb, it was guilt. I had to get home — but I didn't know how to. I lived three and a half hours away, I didn't have my car on campus, and anyone going back to Cleveland for the weekend wouldn't be going home until the evening. Trembling, and feeling a mix of anxiety, panic, and self-hate I was able to find a bus ticket home that was leaving in an hour, pack my things, and email my professors that I wouldn't be in class.

Although I only live three and a half hours from my hometown, Cleveland, it took eight hours to get home. The bus had multiple stops and a layover on the way back. Finally, I arrived in Cleveland around 5:00 p.m. My mom's best friend got me from the Greyhound station and had told me more devastating news.

"One of your mom's lungs collapsed. They called a code blue, which is when someone is experiencing a life-threatening medical emergency, and had to sedate her and put a ventilator in her to breathe for her. She has some sort of infection, some strain of pneumonia, but all the tests they're running can't figure out which" she told me, merging onto the highway.

Shortly after I arrived at the hospital, they had given her a paralytic to paralyze her. Little did I know this is how she would remain for nearly two weeks, never significant signs of improvement.

I had told myself a few days in that she was going to die. I had to prepare for it. Now, I wasn't just thinking worst-case scenario. I could see the sadness in the doctors' and nurses' eyes when they would walk into the room and look at her monitor and charts. I could hear the hesitance in their voice as I would try to get any positive news out of them. On one occasion, a night shift doctor came in and sat down with me. He said he wasn't going to sugar-coat anything, and that she was in bad shape — and that I shouldn't feel guilty. I lost it. My mind reverted back to the day I found out the news about her and Mark telling me that she didn't want to tell me how ill she was feeling because of my statistics exam.

I felt all the guilt in the world. I cried in front of that doctor for a while.

I didn't leave that hospital except to go home and shower for nearly two weeks. I couldn't focus on anything. I would just stare aimlessly at her monitor during the night making sure none of her levels got too high or low. Then, on March 11, 2020, there was a change. One of the doctors wanted to try to bring her out of sedation and extubate her, as being on the ventilator any longer would cause significant tissue damage to her longs, so there was no other option. To everyone's surprise, it was a success. She was able to breathe on her own.

She wouldn't be able to walk for another couple weeks and suffered from ICU psychosis (at one point thinking there was a shot of vodka under her pulse oximeter) but she was alive.

When she was extubated, COVID-19 became relevant. At the end of February when she was admitted, the hospital didn't have any testing kits because the severity of the virus was still unknown. Although, she had all the tell-tale symptoms: coughing, difficulty breathing, fatigue, etc. What I find most interesting, and also convincing, is how I previously mentioned all the tests the doctors ran to find out what type of pneumonia it was didn't come back conclusive with anything. We also live in Cuyahoga County, the county with the most COVID-19 cases in all of Ohio at the time. It now has the second-highest number of cases.

I remember at the end of January when I was going to come home for the weekend to see my grandma before she had spinal surgery, she had told me not to come because of this new "coronavirus" and taking a bus would be dangerous. I told her it'll go away like every new dangerous thing and that the media is just blowing it out of proportion.

The odds of me getting it, or one of our family members becoming infected, was slim to none. Well, my statistic didn't age well.

It's now been two months since I've entered a store or seen any of my friends. I am so paranoid about getting COVID-19 and I don't want any of my family members to become infected either.

Yes, it sucks. I miss my friends and boyfriend and being able to leave the house and go in public, but it's not worth it.

I thought the probability of me or a family member contracting the virus were slim to none, and then the probability of my mom living was slim to none. It's not worth it. Please, listen to medical professionals and social distance, wear masks in public, don't go out unless it is for work or other necessary things, and wash your hands. This pandemic is not a time to test the mantra "it won't happen to me."