Why Michelle Obama Is My Hero
Odyssey

Why Michelle Obama Is My Hero 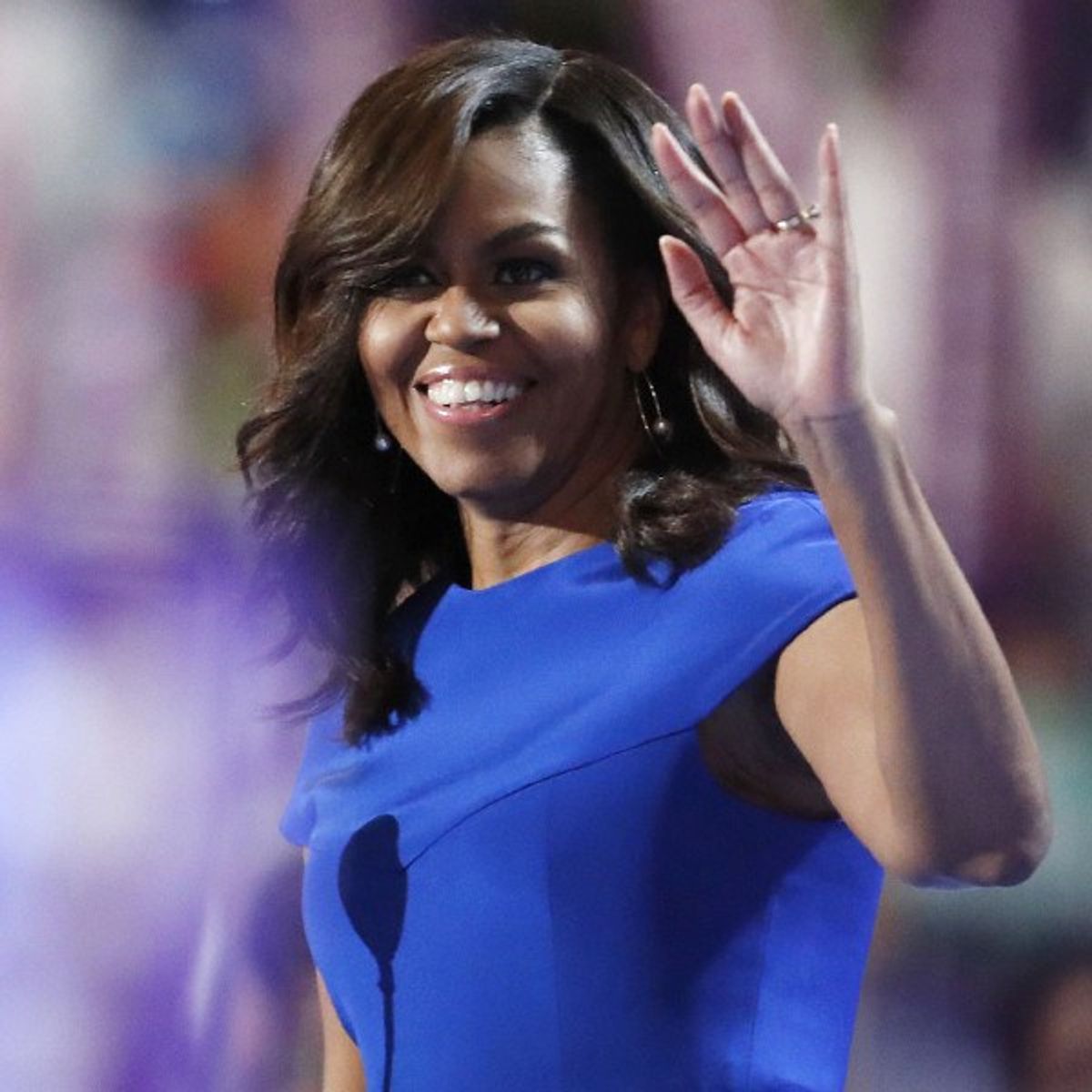 On January 6, 2017 Michelle Obama gave her final remarks a First Lady. For 8 years, she has served next to President Barack Obama and she is now facing her farewell. She studied Sociology and African American Studies at Princeton University and then received a Law Degree from Harvard University. She worked as a lawyer for a Chicago law firm, Assistant Commissioner of planning and development at Chicago City Hall, Director of the Chicago Chapter of Public Allies, and later worked extensively at the University of Chicago. Not only is her resume impressive and extensive, it exemplifies her passion for public service and her dedication for education and expanding opportunities for all American citizens.

She has lead major initiatives during her time as First Lady such as Let’s Move, Joining Forces, Reach Higher, and Let Girls Learn. Let’s Move was the first major initiative to focus on the childhood obesity epidemic in the United States. I remember very clearly being 10 years old and watching the new First Lady Michelle Obama jump rope and garden on Disney Channel. It may seem trivial, but it stands out as one of my first politically connected memories and she connected to me and to millions of other children as well. Michelle Obama is well known for the extensive White house Gardens where children from the D.C area are shown how sustainable living and healthy eating habits are attainable. Joining Forces focused on expanding wellness, education, and employment to our nation's veterans. This program allowed for over 90,000 military spouses to gain employment through companies that had become a part of the Military Spouse Employment Partnership. All 50 states signed the Military Childhood Education Compact which supports military connected children from kindergarten through high school. Just in 2015, Michelle Obama launched the Campaign to Change Direction, which worked on raising public awareness of mental health especially in connection to service members.

Reach Higher and Let Girls Learn both were education-focused initiatives. Reach higher was focused on creating more opportunity and emphasis on professional training, community college, and university level education after graduating high school. One major part of the initiative was the annual Beating the Odds Summit to celebrate, listen to and encourage first generation college students who had already overcome much adversity in their individual journeys to gain a higher education. Let Girls Learn was a global initiative to help bring education to women and girls all around the world regardless of location, socioeconomic status, lack of opportunity or any other hinderance. The First Lady took trips to many foreign countries working to raise awareness of women’s lack of literacy and educational opportunities worldwide.

I have listed her accomplishments not only because they are extensive and impressive but because people need to hear them. The position of first lady has been greatly changed since Martha Washington held the title. Women, such as Michelle Obama are no longer sitting quietly beside their husbands but working beside them. Michelle Obama is a highly educated, intelligent and passionate working mother of two. She is a leader of our nation, and well-renowned over the globe. Her work and passions have acted as the solidification of women's role in politics. Women have had a growing voice in politics for years, and Michelle Obama has encouraged women to speak in order to be heard. She has made it clear that "Countries are stronger and more prosperous when the voices and opinions of all their citizens can be heard." She has become a voice of our generation, and of people of all backgrounds, appearances and practices.

As a young woman aspiring to work in politics and public service growing up watching Michelle Obama serve our country for 8 years has been an honor and a privilege. She has shown me that having my voice heard is achievable. She has always risen above a barrage of sexis, racist and prejudist comments that have been directed towards her, and used the “voices of doubt” to instill hope and change in the American public. Her authenticity allowed her work and voice to reach America’s youth. Michelle Obama makes me believe it is possible for me to make progress and work to better this nation that we call home. Her eloquence and powerful speeches have shown me that not only men get to make the decisions. Michelle Obama has been an inspiration to me for 8 years and she will continue to be as she leaves the White House on January 20th. In her final remarks she concluded with the statement: “I hope that I made you proud.” She has done more than make me proud, she has given me the hope, strength, and dedication to make a difference in a world she works so hard to improve.