Trust me on this one. 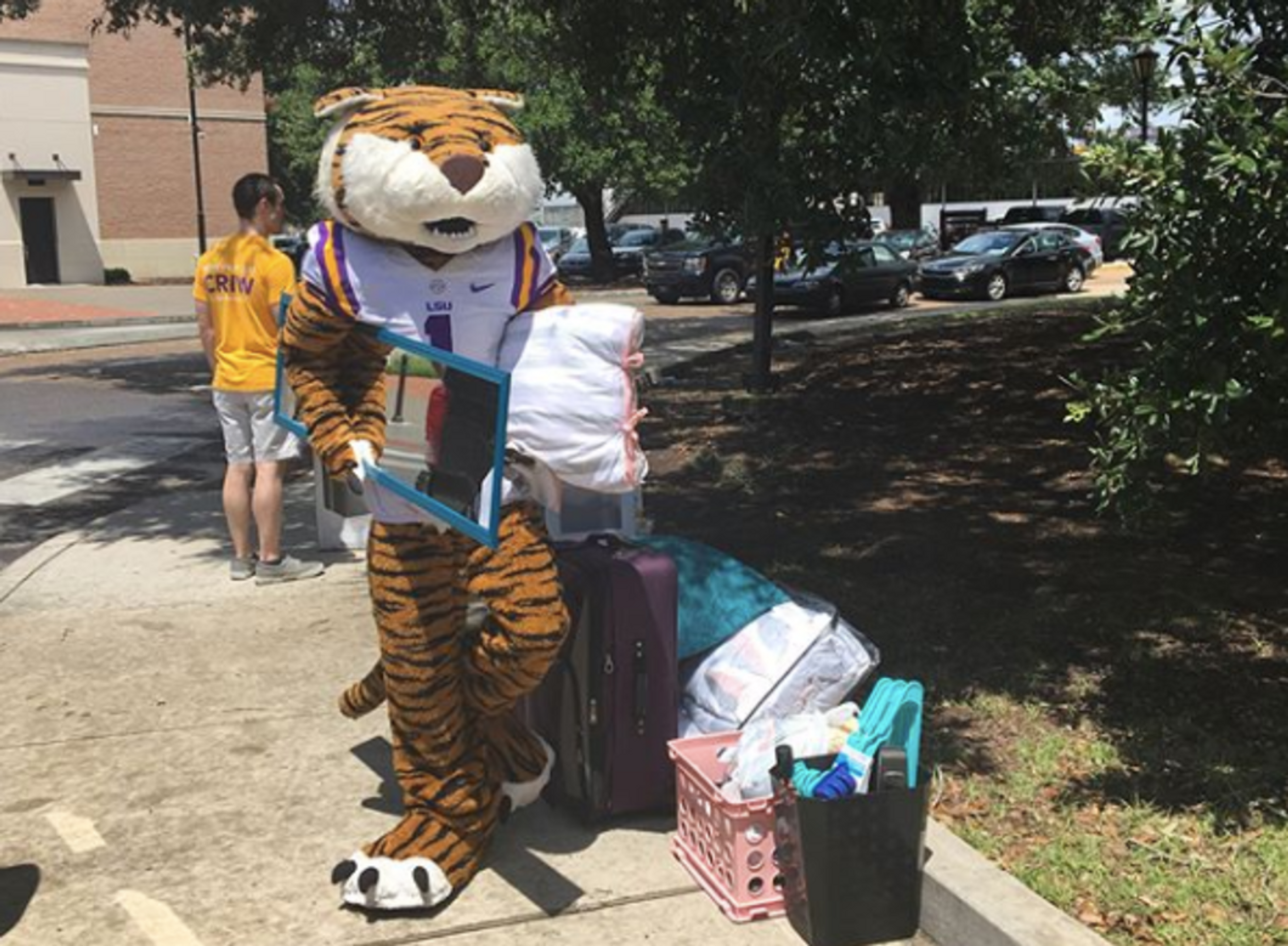 Recently, the greatest university on earth, Louisiana State University, has announced that beginning in the 2018-2019 school year, all first-year students will be required to live on campus. Of course, there are certain circumstances that will exempt some students from this new rule, but for the most part, the incoming class of 2022 will live on campus. This announcement received some mixed reviews. Some were upset by the announcement while others were pretty much indifferent, mostly because they were planning to live on campus anyway.

I personally don’t hate this new rule. Having lived on campus my freshman year, I got to experience things that my friends who lived off campus didn’t, so I’ve compiled a list of seven reasons I believe all incoming tigers should #LiveOn their freshman year at LSU.

You always hear how convenient it is to live on campus, and I'm here to tell you, it's true. It's so super convenient to live on-campus, especially as an incoming freshman. For a lot of incoming freshmen, college is scary, especially going to a huge school like LSU, and if you're like me, your mom probably woke you up for school every day in high school, and if you move away for college, like I did, then you probably realize your mom can't come with you.

It takes a while getting used to "living on your own," especially if you're not used to even waking yourself up in the mornings. Living on-campus makes it easy for you to roll out of bed 15 minutes before the 8:00 am class you convinced yourself to take, throw on some Nike shorts and a big tee, and trot to the hell known as the basement of Lockett Hall with time to spare. Meanwhile, your off-campus friends are waking up an hour early and still get to class late.

2. You're able to familiarize yourself with the campus more easily.

From the stately oaks to the broad magnolias, LSU is huge and everything looks the same, so it's really easy to get lost. By living on campus, you're able to become more familiar with our beautiful campus.

Before long, you'll know the shortest path to get you to the BEC in no time at all, the best and quietest study spots, and you'll probably even find the secret Subway before your off-campus friends even know it exists!

3. You'll get the full college experience.

I personally believe that in order to get the full college experience, you should live on-campus at least one year. I know you've probably all heard the dorm room horror stories, and while they're not all quite as bad as they seem, some are true.

People will throw your wet/clean clothes on the floor of the laundry room if you leave them in there too long, your neighbors will be loud and obnoxious from time to time, and you'll probably see, smell, and hear some things you just can't explain, but that's all a part of the fun that is on-campus living!

4. You'll get to experience fine dining.

Once again, college dining halls get a bad rep, and while I'm not necessarily here to dispute their reputation, I will say it is nice not having to cook or wonder where your next meal is coming from. Not only do you have access to a hot meal every night, it's always a mystery whenever you walk into the 459 or the 5. You never know what you'll be having for supper, but worry not, there's always pizza if you don't like anything else they're serving.

Also, pro tip: if there are tater tots, stock up because they run out fast!

5. It's easier to adjust to life on your own.

I mean you're not technically "on your own," but at least you're out of your parents' house. It's so tough adjusting to life away from mom and dad and there are all kinds of temptations, like Fred's for example. But living on-campus, you have an RA who will help you navigate and adjust to your new lifestyle. Sure, they'll let you do your thing, but they'll also keep you in check if you get out of line. While it might sound lame or like you're being babysat, it's not like that at all.

Living on-campus gives you the freedom to make your own rules while still having adults quietly watching out for you.

6. You get to have a roommate.

Sure having a roommate might not sound like a good thing, but you'll realize that it is. It's so nice having someone there who understands what you're going through. Your roommate will probably be your first college friend, and If you're lucky, your roommate will be there to listen to you complain about how hard CHEM 1201 is with Hogan or how confusing Coates Hall is.

Of course y'all will fight, but that's just a part of the college experience! Also, I'd suggest living with someone you've never met before because of the fighting that comes with roommates. You wouldn't want to lose your best friend since elementary school to a fight about whose turn it is to take out the garbage. Plus, it's nice to have old friends to whom you can vent about your new roommate.

7. Saturday nights in the fall.

Without a doubt, one of the best things about going to a huge SEC school like LSU is Saturday nights in Death Valley. When the sun finds its home in the western sky, trust me, it's the place to be. It's crazy electric, loud as hell, and by far one of the most fun places on earth. Now of course, with football games comes historic tailgates, and by living on-campus, you'll be under a tent on the parade grounds before your off-campus friends even catch a bus to campus.

Not only can you tailgate earlier and longer, but after the game, your bed is only a ten-minute walk from the stadium, so you'll have plenty of time to head home, freshen up, and maybe even grab a quick nap before heading off the Tigerland.