An Open Letter To My Freshman Year Self
Odyssey
CurrentlySwoonLifestyleHealth & WellnessStudent LifeContent InspirationEntertainmentPolitics and ActivismSportsAdulting
About usAdvertiseTermsPrivacyDMCAContact us
® 2023 ODYSSEY
Welcome back
Sign in to comment to your favorite stories, participate in your community and interact with your friends
or
LOG IN WITH FACEBOOK
No account? Create one
Start writing a post
Student Life

An Open Letter To My Freshman Year Self 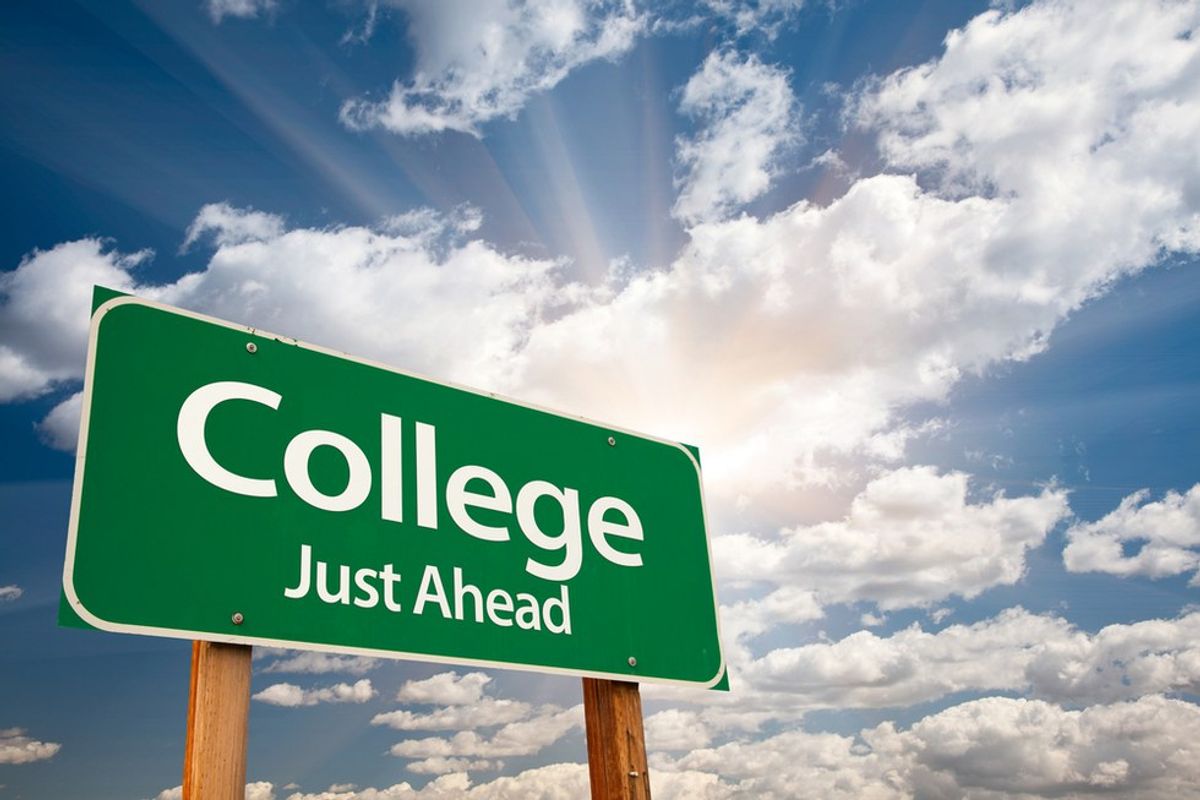 Welcome to college. Weird, right? You’ve spent the last four years of your life in a one stoplight town and now you have finally hit the big leagues: higher education. But before you get ahead of yourself, there are probably some things I wish I would have known that might be worth your attention.

Secondly, do not try to ride your bicycle on Chancellor’s until you know your way around campus better and get used to what getting out of class looks like on Chancellor’s (a swarm of people not paying attention to where they’re going, if you’re wondering). Don’t head that advice, and you will most likely end up face-planting on the side of Leutze Hall.

Thirdly, don’t be afraid to get involved on campus. The university has a club for almost everything, and joining one means you get automatic friends as well! It’s a win-win!

I would also like to warn you not to lose the drive you held so closely on to in your earlier years of education. College should not be looked at as that much different, and so there’s no reason for you to be feeling less motivated. If anything, your years spent at a university will prove to be more defining than any other previous education you’ve had. You have arrived to the beginning of the rest of your life, and the decisions that you make in these next four years can impact you forever.

Traffic in Wilmington is another area of concern. If you have the opportunity to let someone else drive, capitalize on it because two years down the road you’ll be working in a job that requires you to drive and you will want to take advantage of every opportunity you get to not deal with the crazy College Road drivers.

While you are here, I encourage you to take advantage of the present. It can be so easy to lose yourself in planning, tests, papers, meal plans, and all the other little annoyances that come along with going to a university. However the important thing to take away from all this noise is learning how you best deal with it. Take a walk, go for a run, prance down the Wrightsville Beach Loop-whatever it takes. Four years is such a small, miniscule part of your life and as such these years are going to feel like they’re going by faster than a semi-truck with no brakes going down a hill slanted at an eighty-degree angle.

The point is-whatever you do, make sure that you’re doing it for you. Life is too short to waste time counting calories and planning for a future no one can actually be one-hundred percent positive of, so do what’s right for you. At the end of the day, none of the miniature details that you wasted so much time worrying about will matter. So take a deep breath, take in the view, and don’t waste time missing the beauty that you have right in front of you.