I Cannot Support Your Free Speech If It Shackles Others
Odyssey
CurrentlySwoonLifestyleHealth & WellnessStudent LifeContent InspirationEntertainmentPolitics and ActivismSportsAdulting
About usAdvertiseTermsPrivacyDMCAContact us
® 2023 ODYSSEY
Welcome back
Sign in to comment to your favorite stories, participate in your community and interact with your friends
or
LOG IN WITH FACEBOOK
No account? Create one
Start writing a post
Politics

I Cannot Support Your Free Speech If It Shackles Others

On the recent Ku Klux Klan rally in Charlottesville, Va. 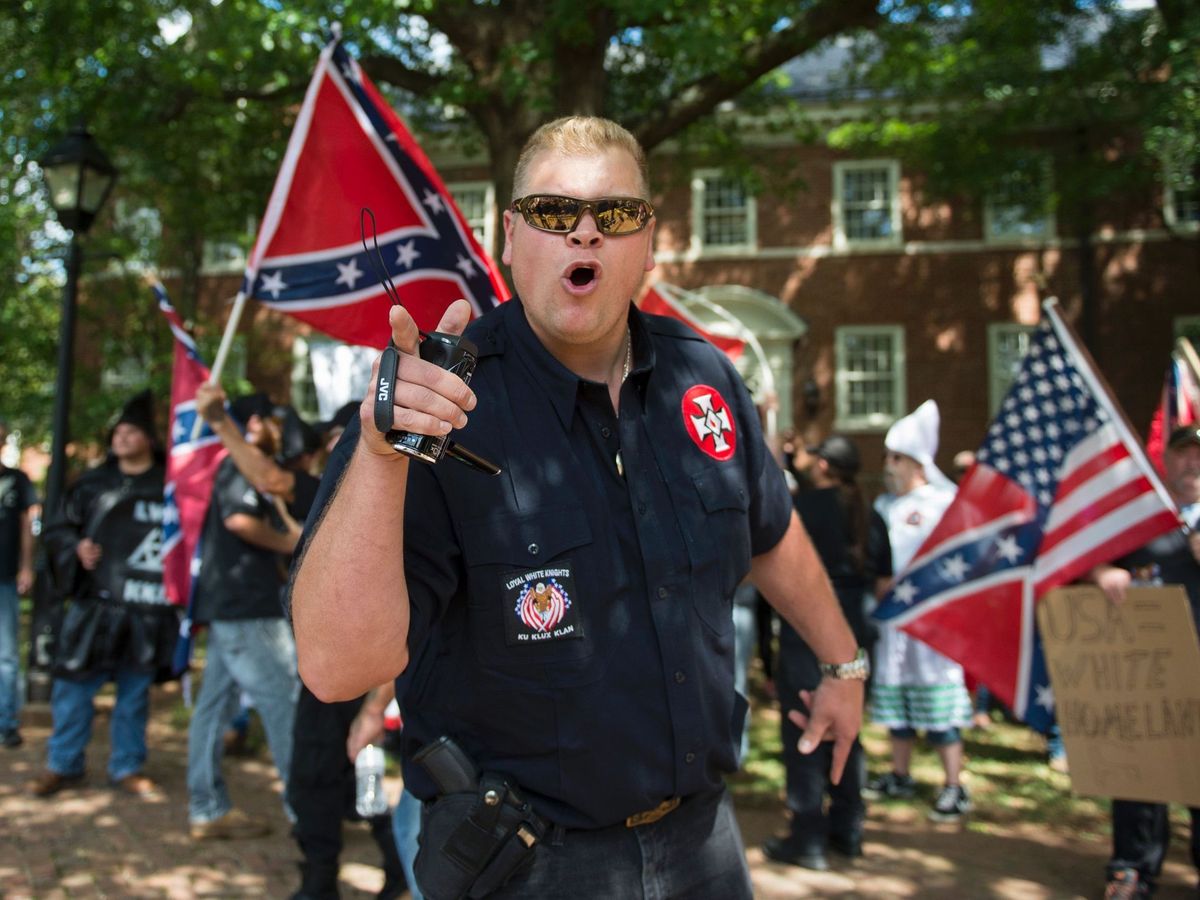 I feel like I shouldn't have to be celebrating the fact that 1,000 counterprotestors outnumbered 50 Ku Klux Klan members at their recent rally in Charlottesville, Va. But this sort of thing doesn't just go away if it's ignored.


This is the question I have for the Charlottesville and Virginia state police: what side of history do you want to be on? Tear gassing threatened citizens while escorting and protecting terrorists? The choice for justice is clear.

The only option is to speak up, to oppose. As one anti-Klan protestor, Precious Williams, said at the rally, "I believe that if you just stay silent, nothing gets done."

This rally is not an issue of free speech. The organization's speech threatens African American lives. It is historically terroristic and genocidal.

Your rights end where mine begin.


I cannot support your free speech if it shackles others. If your speech is threatening someone's life, liberty and/or pursuit of happiness, it's indefensible. Opposing, and even banning, hate demonstrations like KKK rallies is not a slippery slope. It protects Americans from terrorism.

Nicole Marie Nigro
Individual Creator
4692
c1.staticflickr.com
Where to start...... Let me start with the cliche that life throws us curveballs and what we do with it is what counts.