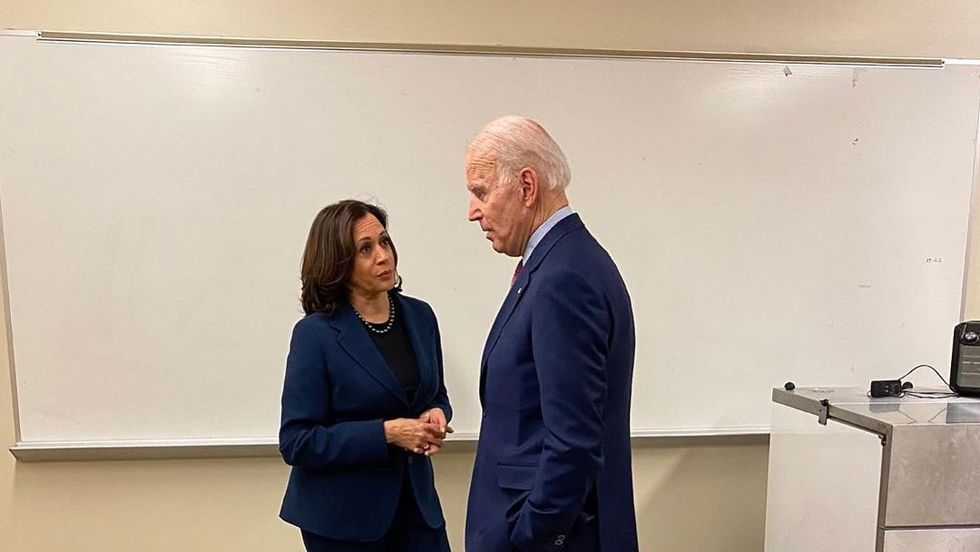 What I will address is how much of a hypocrite Harris is for joining the ticket as Biden's running mate. How does this make her a hypocrite? Well, let's look back at the Democratic presidential debates where Harris and Biden were candidates at the time. At this time, there had been sexual harassment allegations against Joe Biden. Several women, including Tara Reade, Caitlyn Caruso, D.J. Hill, and Lucy Flores accused Biden of inappropriately touching them or worse. These women came out and told their stories.

Now, I am not one to say whether these stories are 100 percent true or false. My problem is with the response from Harris.

At first, she made her presidential campaign all about justice for women and believing survivors. Back in 2018, she event tweeted "To all survivors of sexual assault: We hear you. We see you. We will give you dignity. Don't let this process bully you into silence." When talking about Joe Biden and his accusers, Harris said that she believed all those women: "I believe them and I respect them being able to tell their story and having the courage to do it."

But once Biden became the Democratic presidential nominee, I guess Harris didn't care about those women anymore.

It's pretty interesting to me how a person can be so gung-ho about helping women come out and empowering women but chooses to endorse somebody multiple women have accused of touching them in ways that made them uncomfortable. It doesn't make sense to me.

So why did she suddenly change her views about former rival Biden? It's obvious. She wants to be his vice president so badly that she didn't even care if she truly supported the guy. How can she just overlook all of those women's stories and support a guy who's been accused of sexually assaulting or inappropriately touching women? Imagine how all of those women feel knowing that Harris is promoting this man they say assaulted or touched them. It's a complete slap in the face to them and her actions say to me she does not care at all about these women.

SEE ALSO: Kamala Harris' As Biden's VP Is The Best Thing To Happen For Women In 2020

It not only makes Harris look like a hypocrite but in my eyes it makes her look weak. If she was a strong person of character and morals, she wouldn't have changed her views about Biden just so she could get to be his VP. What kind of a person does that make her?

It makes her a follower, not a leader.

She doesn't stand for anything because if she truly cared about those women and the #MeToo movement, she would never have accepted the position and never shown support for Biden. Joining Biden's ticket makes her look weak with zero potential to be an adequate vice president.

The only kind of person who changes their views so quickly is a person who only cares about power. I now believe Harris doesn't actually care about sexual harassment or any other issue. She just says whatever she thinks needs to be said in order for people to like her or vote for her.

And that, my friend, is the epitome of a hypocrite.

It Looks Like Biden Is Going To Win The Election — But Will Trump Accept Defeat?

Trump has filed lawsuits in multiple states to slow or stop the vote counting process.