*S.O.S* The Jonas Brothers Are Releasing Music And Everyone's Excited

Who will be next to reunite? 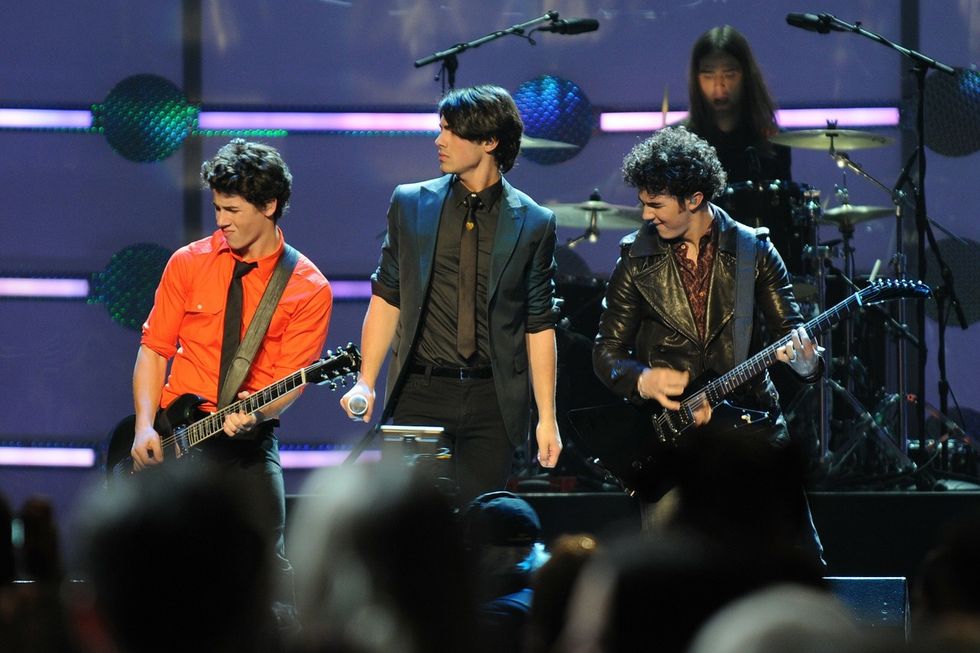 The Jonas Brothers; Nick, Joe, and Kevin have been out of the music spotlight since 2013 after their announcement of a break-up, and they haven't made an album since then.

After years of being apart - despite being brothers - announced new music, and I think they broke the internet when they did that.

Also announced, James Corden, A.K.A Carpool Karaoke King released a snippet of "The Jonas Brothers Reunite" Carpool Karaoke coming out next week, and what I wanna know is what songs they're gonna be singing. Surely, they'll sing their new song "Sucker" and their hit song "Burnin' Up" (my personal fave), and I REALLY hope they sing "Lovebug" because I WILL cry #guaranteed.

You know how us post-millennials are all about the nostalgia and the good old days of the Justin Bieber haircut, the neon shutter shades, and a peace sign in every photo. The Late 2000's were the prime of our childhoods, and also the prime of Disney.

The Jonas Brothers coming back is a taste of nostalgia for us now late teens, early twenties and guess what? WE'RE gonna be the ones in the front row of their tour, cheering them on like we did when we were 12.

Even though we love their old stuff, we're still curious about where they'll take their new sound. Will they stick to pop, or will they be more eccentric with their music? Will they go on on tour? Will they do meet and greet? So many questions, so little information.

Who will be next to reunite? One Direction? (pls come back), The Cheetah Girls? Big Time Rush?

13 Noah Centineo Tweets That Made Me Say 'Whoa, Whoa, Whoa' And NOT In The Good Way