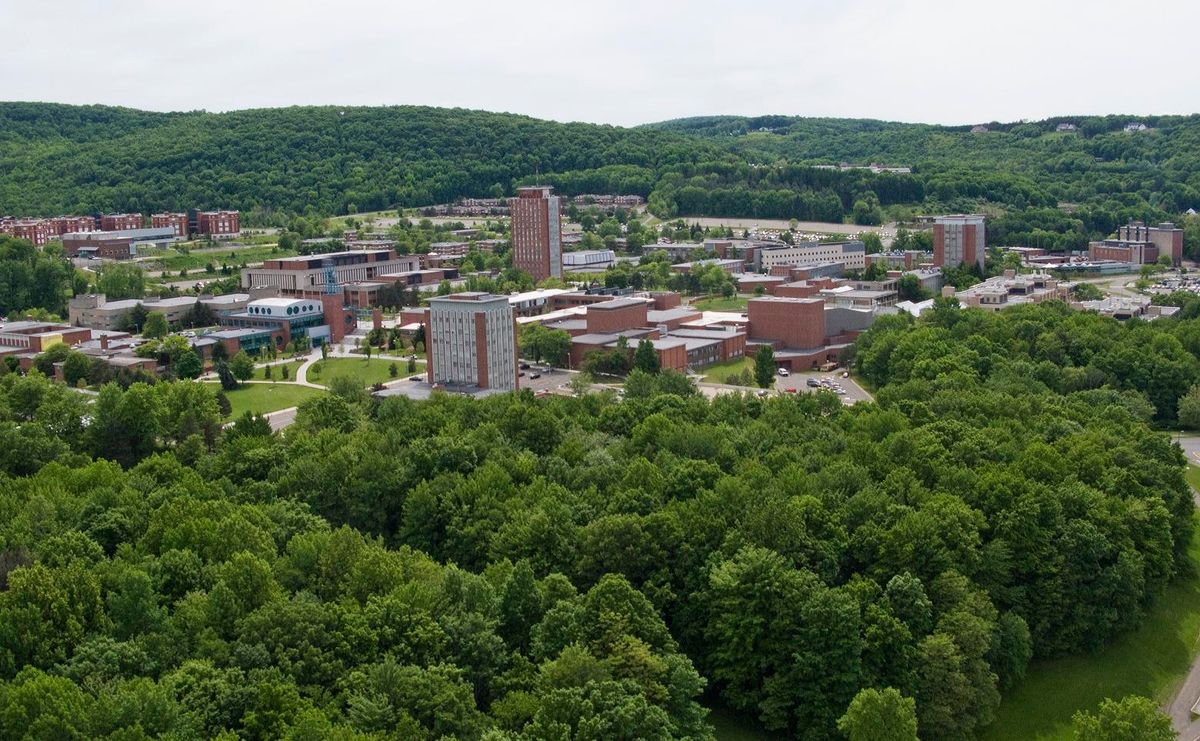 Joao Souza, 19, was stabbed multiple times in his dorm room in Windham Hall on campus by a fellow Binghamton student. The attack was not random.

This murder came only 5 weeks after another student, Haley Anderson, was strangled to death, allegedly by her ex-boyfriend, again another BU student, who fled the country after the act.

This semester here at Binghamton has been hard, to say the least. The entire community is on edge.

After stabbing Souza, the perpetrator, Michael Roque, 20, remained at large on campus until late Monday afternoon when he was caught.

No motive has been released, although of course, rumors are swirling.

The day I returned to campus was extremely hard. It was a gloomy day, gray skies and chilly. It matched the mood on campus perfectly. As soon as I stepped out of my car that morning, I felt uneasy. Although the suspect had been taken into custody, something still felt wrong. which was strange. Never once had I felt unsafe at Binghamton University. I was always very comfortable on campus. But something had changed.

The atmosphere outside wasn't the only thing that made the day hard. Students were absolutely heartbroken, and so were professors. My first class of the day was mostly spent making sure we were all okay, and how we felt, and how we handled the situation. Classmates of mine who knew both Souza and Roque were distraught. Emotions were running wild.

One of the guys in class who knew Roque stated that no one would have ever guessed what he was planning to do. He just seemed like a normal guy.

Another student who was friends with Souza stated, through a broken voice, that he was "the nicest guy you would ever meet. And know people say that a lot about others, but he really was the last person in the world who deserved this."

The class was filled with quiet, sunken-eyed students. It was a very hard day to get through. Even our professor was heartbroken, tears filling her eyes, asking if all of us were OK. Her confusion about how something could happen like this was evident. All of it was heart breaking to watch.

Although a lot of students didn't know Souza or the perpetrator (including myself), the crime didn't just effect those who knew them personally. As a campus, I think the majority of us took it very hard.

The death of a classmate is something that effects the entire student body. This was very evident.

It's very hard to come to terms with the fact that someone who was loved on campus, could be killed. It's disturbing, it's grotesque; it doesn't feel possible. Joao Souza deserved better. He came to Binghamton University to get an education.

Although the campus has dealt with tragedy, and the school has also received backlash, I'm still Binghamton Proud.

The events that took place were horrible. They'll never be forgotten. I agree that the University and Police maybe have handled the situation better. But at the end of the day, no one knew what Roque was planning. At the time, authorities were doing what they could.

But I'm not ashamed of my school. I'm not letting someone who did an awful thing take away the love I have for the institution that is letting me learn there.

Campus has been different. And that's okay. It should feel different. What happened was a disgusting crime, something that should have never happened. A life was lost that should not have been. And that has effected the whole community.

It's brought the campus together. It's sad to see people come together over a tragedy, but unfortunately that's what usually happens. But because the people of the university have come together, hopefully that means that we will never let something like this ever happen again.