With 'Where Eagles Never Flew: A Battle of Britain Novel' Helena P. Schrader has woven a story that delivers again and again from beginning to end, and will no doubt have readers looking for her next book. 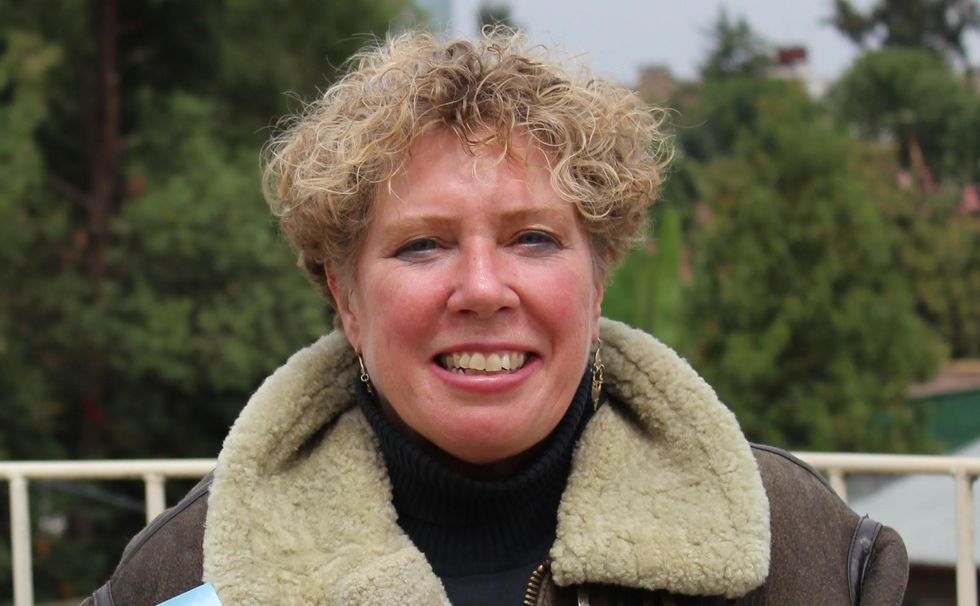 With 'Where Eagles Never Flew: A Battle of Britain Novel' Helena P. Schrader has woven a story that delivers again and again from beginning to end, and will no doubt have readers looking for her next book. She brings to life women from a time long past who could hold their own in the modern world, and who along with an absolutely divine plot keep the story moving and readers investing more with each page they read.

What is 'Where Eagles Never Flew: A Battle of Britain Novel' about? Great question, it all starts in the summer of 1940 and the Battle of Britain is gearing up. If the swastika is not to fly over Buckingham Palace, the RAF must prevent the Luftwaffe from gaining air superiority over Great Britain. Standing on the front line is No. 606 (Hurricane) Squadron. As the casualties mount, new pilots find a cold reception from the clique of experienced pilots, who resent them taking the place of their dead friends.

Meanwhile, despite credible service in France, former RAF aerobatics pilot Robin Priestman finds himself stuck in Training Command -- and falling for a girl from the Salvation Army. On the other side of the Channel, the Luftwaffe is recruiting women as communications specialists -- and naïve Klaudia is about to grow up.

This book belongs in your kindle or on your bookshelf, and is destined to be a classic. Recently Helena was kind enough to have a chat with us about 'Where Eagles Never Flew: A Battle of Britain Novel' and what's next from this brilliant author.

The 1940s being a very different age for women, and you have created some wonderful women characters. What was it like for you to look back at this time as a woman and then bring it to life in this extremely dynamic book?

It's true that creating credible women characters was in many ways more challenging than creating compelling male protagonists. I don't think the mentality of fighter pilots in 1940 is substantially different from that of fighter pilots today. Technology, tactics, uniforms and political ideologies may have changed, but not the underlying characteristics and attitudes. Women today, on the other hand, have a markedly different understanding of their rights and role in society than did women in the Second World War. The danger as a novelist was two-fold: 1) creating women with modern attitudes and/or 2) allowing them or the narrator to bemoan prevailing inequalities in status and opportunity.

What I sought to do instead was to reflect the feelings and ambitions of contemporary women rather than to project backwards our indignation about the restrictions still placed on women. I based my female characters on women who had lived through WWII that I had encountered in histories, autobiographies or met personally.

It is important to remember that the early twentieth century was a period in which women were reasserting their right to a full and respected place in society. Women had earned the right to vote in most democracies shortly after the First World War. Women were active in politics. Women were attending universities. Women were qualifying for the professions. While these active women breaking contemporary stereotypes may have been in the minority, they nevertheless symbolized progress. Furthermore, most women of the period were not discontented with their lot in life. A product of their upbringing, they did not see themselves as the same as men. They accepted that women had different qualities, different strengths, and hence an inherently different role. Most of the autobiographies I've read by women in the services in WWII are full of excitement and pride at being allowed to contribute to the war effort rather than whining and bitching about the existing inequalities in pay and opportunities.

Of all the female characters in 'Where Eagles Never Flew: A Battle of Britain Novel' which one is your favorite and why?

Emily Priestman, of course, because she is the strongest and most nuanced of the women in the book. She's not a stereotype — neither a spoilt daughter of the upper-class nor a "feisty" Cockney from the slums. Instead, she is the daughter of communist activists, who have started to break down class barriers for her. She is well-educated and well-mannered because she has been sent to good schools that enabled her to earn a scholarship to Cambridge, but she's not secure in her status or income. While her parents are on the side of history and progress, they are also ideological and unloving, leaving Emily not only trapped between worlds but also lonely and isolated. One of my favorite scenes is when while helping out at a Salvation Army canteen she goes to great lengths assure a conscientious objector that she abhors the military and partially blames Britain for the war — only to discover the conscientious objector is an RAF pilot in civies because of war injuries. The scene exposes her strengths, weaknesses and insecurities.

You are an American writing about British characters. What kind of challenges did you face during this part of the writing process?

Fortunately, I lived in the UK as a girl and spent much time there afterwards as well as having many British friends. Based on the overall positive response the book has had in Britain, these factors — combined with devouring first-hand accounts — apparently enabled me to recreate an authentic British tone and atmosphere.

That said, what I did not get right and what required massive re-writing was mastering British English. An English editor found over 1,000 errors in my text — and I don't mean simple things like "lorry" for "truck" — I got those right! What I mean was syntax and phraseology.

What female war hero do you find the most inspirational and why?

There were a number of women who did outstanding things in World War Two, but as an author who wrote about women pilots during the war, I'd like to draw attention to one of those — typical for the period — modest women who did great things almost unnoticed: Pauline Gower.

Gower was just 29 when she was appointed by the Air Ministry to oversee war-related activity on the part of women pilots, something she had advocated for two years in her capacity as a Civil Air Guard Commissioner. Already on 23 September 1939, the Air Ministry authorized a "women's section" in the then-forming Air Transport Auxiliary (ATA) and Gower was appointed its head.

For the rest of the war, Gower pioneered the use of women in aviation. Starting with just 12 already highly qualified women pilots, Gower grew her organization to one in which women were trained to fly from scratch and by the end of the war women were flying not only four-engine bombers but the RAF's first jet fighters as well. Significantly and more exceptionally, she also won equal pay for equal work for her women pilots — something requiring an act of Parliament and conspicuously not the case in the women's auxiliary services such as the WAAF, WRNS and ATS. She also convinced the male management of the ATA that the principle of advancement by merit meant that qualified women could have command authority over men — and in the ATA they did.

Notably, she did all this without alienating or offending anyone, much less making false and fatuous claims about being "the greatest" anything. That is, she was almost the exact opposite of her more famous American counterpart, Jacqueline Cochran, the founder of the Women's Airforce Service Pilots (WASP) in the U.S. Cochran was loud, flashy, brash, pushy, and always blowing her own horn with excessive claims of her own (fictional) achievements, but her organization was disbanded in disgrace before the war ended, and the women in it never obtained equality of pay, opportunity, or benefits. I've written a comparative study of the two organizations published by Pen & Sword in 2006 which details the differences in approach and effect Gower and Cochran had.

We would love to know what is next for you. Do you have a new book coming out, or another project you can tell us about?

One of the novellas, A Stranger in the Mirror, looks at the impact of being badly burned and undergoing plastic surgery over almost two years. A Rose in November is a WWII love story for the not-so-young. It looks at the attraction between a widower with two teenage children and an "old maid" — from different classes of society in class-conscious wartime Britain. Finally, Lack of Moral Fibre examines the fate of a flight engineer, who refuses to fly on a raid to Berlin in late 1943 and is immediately posted off his squadron for "lack of moral fibre."

Second, my next full-length novel will be the above-mentioned Lancaster Skipper, a novel that focuses on aircrew involved in the bomber offensive against Germany. Third, I plan a novel on the Berlin Airlift which will draw on characters from both Where Eagles Never Flew and Lancaster Skipper.

For more information on 'Where Eagles Never Flew: A Battle of Britain Novel' head over to Amazon
Report this Content
This article has not been reviewed by Odyssey HQ and solely reflects the ideas and opinions of the creator.