How To Spot A Liar Every Time

How To Spot A Liar Every Time

I have plenty of secrets to share on how to know someone is lying to you, trust me, I've had my fair share of liars in my life, and by liars, I mean two. 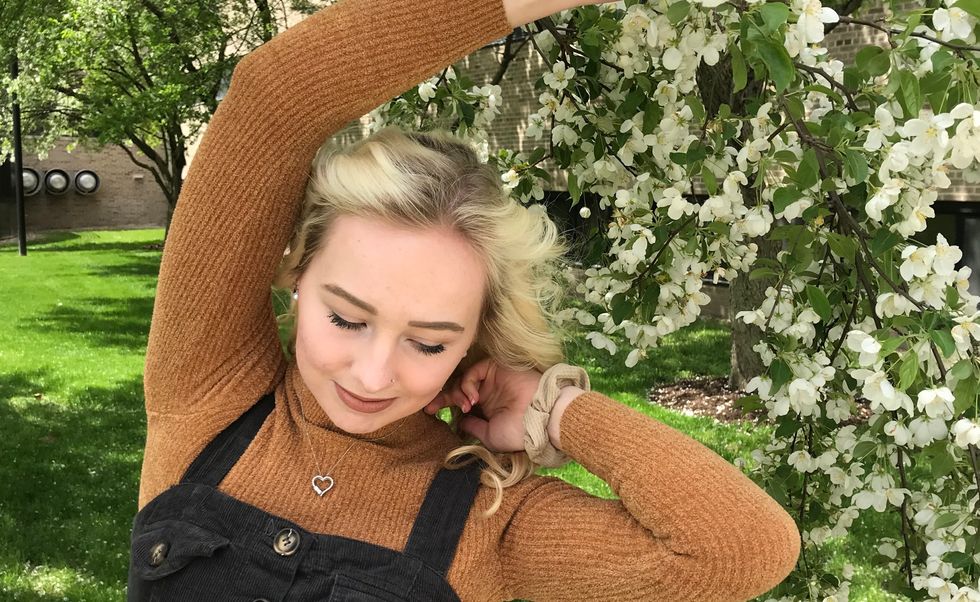 Trust me, I've had my fair share of liars in my life, and by liars plural, I mean two. Two people that only hurt me because they were trying to hide their own insecurities. Petty, that is what that is. But they don't see that, those people would rather continue on their path pulling the same crap on everyone they supposedly care about. I'm going to tell you right now that that doesn't help anything. Others need to stop these people from getting what they want, even if it means leaving the liars when they care about them. To the people that think that someone they care about is lying to them (yes, you), they most likely are.

The suspicion should be enough not to trust someone and you don't need that burden in your life. I know some are probably thinking, "why should we follow your advice when you put up with those liars for so long." But, that's also my credibility to tell some of you reluctant people that if I could go back and cut it off when I had the chance, I would. It is a rollercoaster on your emotions to have someone constantly lie to you, especially when you already have the idea that they are lying.

No matter what you are dealing with and going through, you don't need that stress on your life. It doesn't matter how much you care about the liars, they are liars, you shouldn't have them in your life because all they are doing is wasting your time. For the people reading this who I have not persuaded yet, or are not sure that their suspicions are correct, I have some ways to seal the deal for you. And it all is found in confrontation.

Say you think someone is lying to you, obviously, there was some type of confrontation before that sparked your suspicion. It's natural for these points to have been seen, you might have already, that could confirm your suspicion. Confrontation is the key. First of all, let's talk about body language.

If you come up to a person and confront them on an issue, a person lying in this situation will show you they are lying by their eyes. Now, this is tricky because liars can do two different things. It's either less to no eye contact, or it's too much eye contact. Either way, it will be noticeably different than normal.

During this part, other things might start to happen. Say someone is doing the eye step to you, they are so focused on what they are doing and trying to avoid that they will tend to pause. They start looking for answers, which in turn, starts the epic plot of word jumbling. These people will pause before talking, and once so many questions have been asked they will likely contradict themselves. Proving the fact that they are lying.

The confrontation says it all when this process of questioning happens. They can also give way too much detail to situations because they are trying to avoid more questions. Note that this is the most vulnerable part of the confrontation. The person being questioned is the most likely to stumble on words. Their brain will go on full blast and it's way easier to catch the lies.

A full proof way to catch someone lying is when they try and take themselves away from the situation. They will tend to place something between the confrontation because they don't want to handle it. This may be as little as crossing their arms or they may walk on the other end of the table, either way, they are putting something between the confrontation to block them.

If any of this happens, it's a good indication that there are lies being told. If there is a hint of doubt, from what I've experienced there is some type of lie there. Sometimes, it can be the stupidest, little thing. Sometimes it's not even a big deal. If someone reading this is checking off boxes and doing a math-like problem thinking about someone they have in mind, be smart. Everyone deserves trust, and if there isn't any trust, there's no connection between the two people. Trust is so valuable, and there is no value in words if there is no trust.

From Your Site Articles
Related Articles Around the Web
social life
Report this Content
This article has not been reviewed by Odyssey HQ and solely reflects the ideas and opinions of the creator.
Swoon

13 Comebacks When Walking Away Isn't An Option

You May Be The Protagonist In Your Own Story, But That Doesn't Mean You Can't Be The Supporting Character For Someone Else

Asking For Help Doesn't Mean You're Weak, Nobody Can Do Everything Solo