What Hosting A Horse Camp Is Really Like
Odyssey

A summer camp for all those horse girls out there. 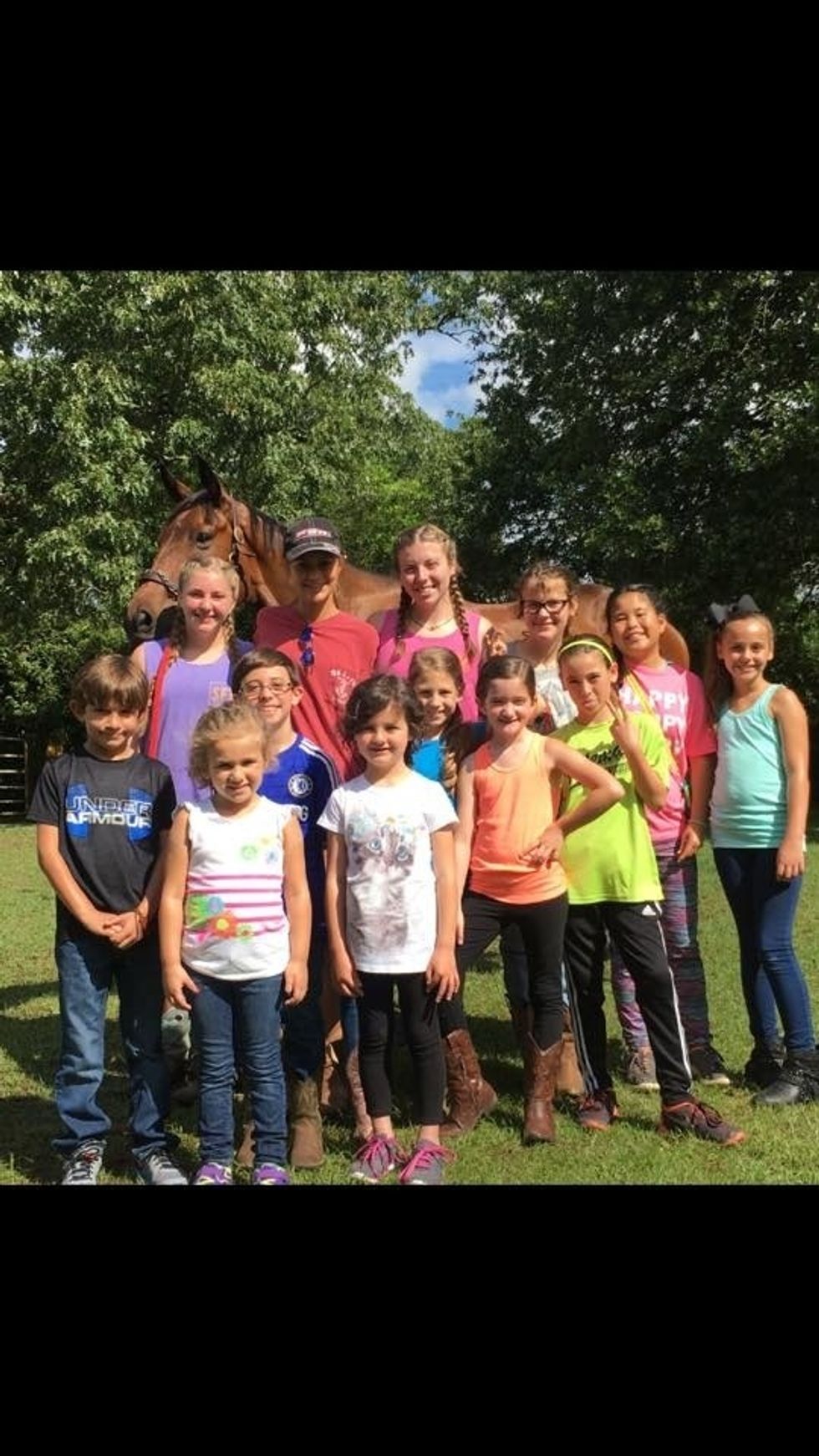 For the past four summers, my fellow horse-girl friends and I have put it upon ourselves to run a summer camp. A horse camp to be exact.

Background info/disclaimer: OK, so my friends and I are technically "horse girls" because, growing up, we competed in horse shows, collected ribbons, and had weekly horse-back riding lessons. We were actually very good and competitive in English riding. But, I swear we are normal and those days are in the past, for now. But since we have this background and experience with horses, we decided to make money off of it, thus the birth of the treacherous Horse Camp.

Our summer days were no longer centered around soccer workouts and swimming. Oh no.

From the moment the first kid was dropped off, our happy days became infiltrated by 12-14 six-year-olds running around making me question my entire life. Here, our (my friends and I) happiness died. These are our stories.

By the second day of camp, the formation of cliques is rapidly underway. The "cool" girls meet at the picnic table every day, claiming they have "appointments" with their clique leader, AKA the Regina George of horse camp. Of course, my friends and I immediately break up these cult-like meetings, being camp counselors and all, but there is only so much we can do.

But in reality, these cliques are filled with six-year-olds, so it doesn't get too ugly. The worst it ever reached was when a little girl ran up to me, tears streaming down her face, and started wailing about how some other camper called her mom a "fin"... yes, a f*cking fin. She continued screaming "SHE SAID MY MOM IS A FIIIIIIIINNNNNNNNNNNN!!" while pointing at another little, blank-faced girl. I honestly didn't know what to say other than to try to convince this child that her mother, is indeed not a fin.

I was able to eventually convince her.

Though this was the oddest — and probably most memorable — "fight" at camp, the most recent one involves the popular video game, "Fortnite." Yes, a fight broke out among these young girls regarding the infamous "Fortnite." *Cue eye roll.*

One of the girls in this past week was literally alienated from the "cool girl" clique because she didn't play "Fortnite." These kids are around 8- and 9-years-old at most. What the hell are they doing playing "Fortnite"? What type of frat is this? Shouldn't they be playing "Webkinz" or "Neopets"? I have so many questions.

Of course, these horse girls would exile a fellow horse girl enthusiast because of her lack of "Fornite" knowledge. To comfort the girl I explained to her that I have never even played the game. This only resulted in me getting bullied by a bunch of eight-year-olds. So, in all, it wasn't much help, but the girls did all makeup and make fun of me as a whole clique again so I guess the problem was resolved? But I guess it could be worse...

Though there is often drama dealing with a bunch of, mainly, 6-10-year-old girls, since they fight over everything from who has the most friends to who has the best fidget spinner (ugh), they all seem to bond over one topic: torturing me and the other counselors. Oh, and I guess horse-back riding. So, in the end, it all works out.

natural animals
Report this Content
This article has not been reviewed by Odyssey HQ and solely reflects the ideas and opinions of the creator.